Heavy ashfall was reported in communities around the volcano and as far as Ligao City, some 35 km (21.7 miles) from Legazpi City. Albay Governor said zero visibility has been reported in parts of Guinobatan, Ligao, and Camalig after the major ash eruption, advising everyone to wear their face masks and to stay indoors, especially those in the 3rd district of Albay.

Classes in all public and private schools across the entire province have been suspended.

Volcanologist Ed Laguerta said the eruption lasted for some 8 minutes and generated pyroclastic flows towards Camalig and Guinobatan towns southwest of the volcano.

Because of this, the Danger Zone is extended to 8 km (5 miles) from the summit vent.

The public is strongly advised to be vigilant and desist from entering this danger zone. Civil aviation authorities must also advise pilots from flying close to the volcano's summit as ash from eruptions can be hazardous to aircraft, the agency added.

PHILIPPINES: Mayon had a towering phreatic eruption around 12 noon today. [Photos sent by a friend based in Albay.] pic.twitter.com/ceHI32lOgo

Just in. Alert level 4 was raised over Mayon Volcano.
This means extension of danger zone to 8 kilometers or more is recommended in the sector where the crater rim is low. The public is advised to wear protective masks and continue to be safe and vigilant.
(Video: @MJEvalarosa) pic.twitter.com/5d4NkhgA6t

JUST IN: Status of Mayon Volcano as PHIVOLCS raised the alarm to Alert Level 4 due to ash fall | via Connie Destura-Calipay #MayonVolcano pic.twitter.com/Ce1FZ6KSOH

BREAKING: Mayon Volcano spews ashfall as far as ten kilometers, zero visibility up in the 2nd and 3rd districts of Albay. | via Connie Destura pic.twitter.com/UFPjeuEk6V

PHIVOLCS Director Renato Solidum reminded the public not to panic. "The public is reminded to observe the danger zone — not to panic, but in essence just be ready. Prepare either gas masks, handkerchiefs or clothes to prevent inhalation of fine ash," he told CNN Philippines.

As a long-term solution, residents should start settling more than 6 km away from Mayon, so they won't have to evacuate frequently, he said.

On Sunday, January 21, lava fountaining reached a height of about 500 m (1 640 feet) above the crater and ashfall was reported in Oas and Guinobatan, Albay: 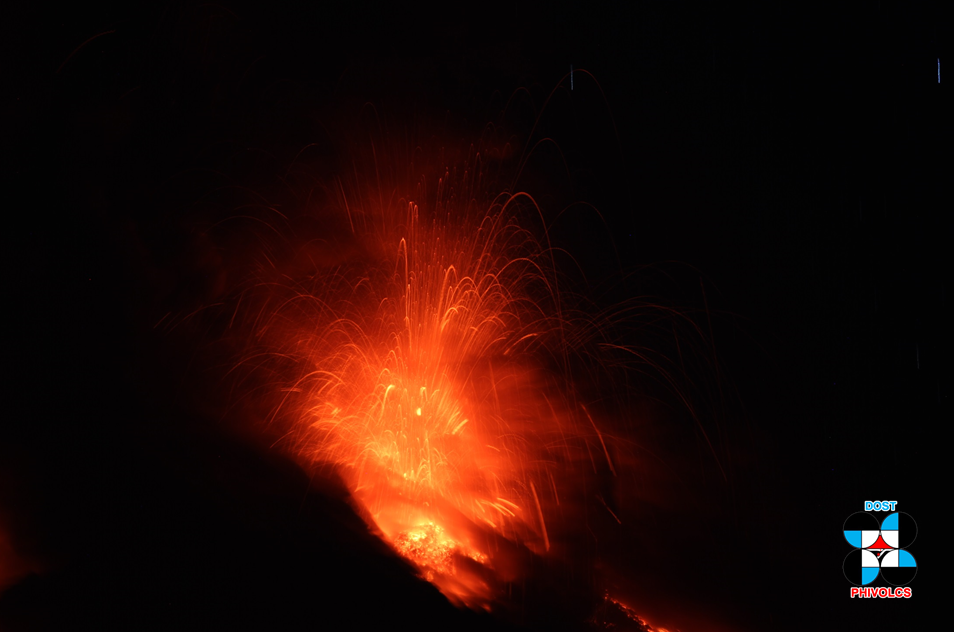 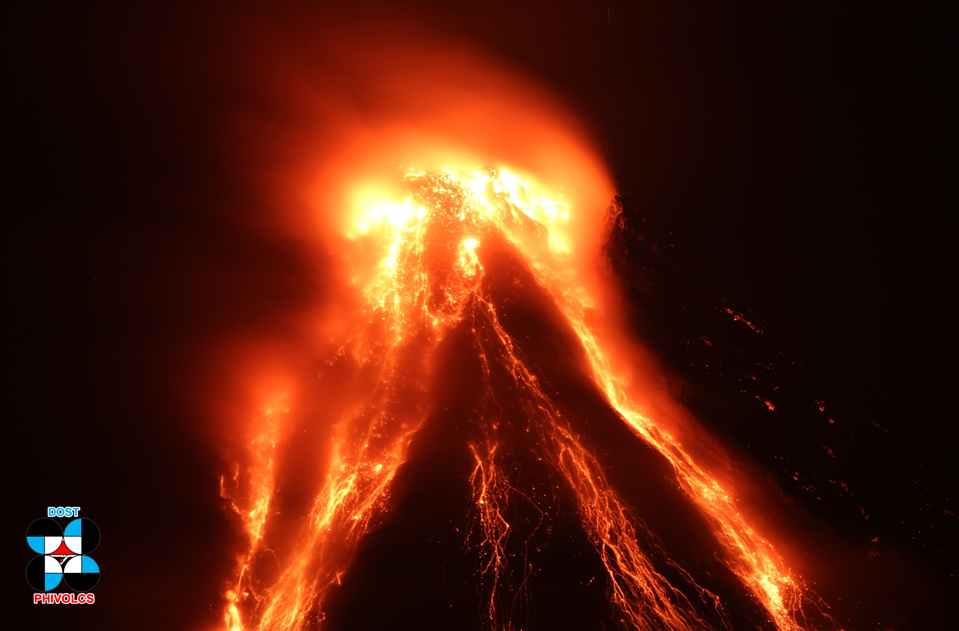