A powerful storm is affecting much of New Zealand since January 3, 2018 with very heavy rain and powerful winds. At least one person has been killed, authorities confirmed, numerous roads were closed, air traffic halted and more than 20 000 homes lost power. The center of the storm is now leaving the country but heavy rains, strong winds and storm surge coupled with high tides will remain a threat to parts of the country.

A rapidly deepening low moved down from the Tasman Sea, forcing authorities to issue a number of Severe Weather Warning and Watches for the North Island and upper South Island on January 3, 2018. The center made landfall early January 5 (UTC) with an air pressure of 979 hPa. 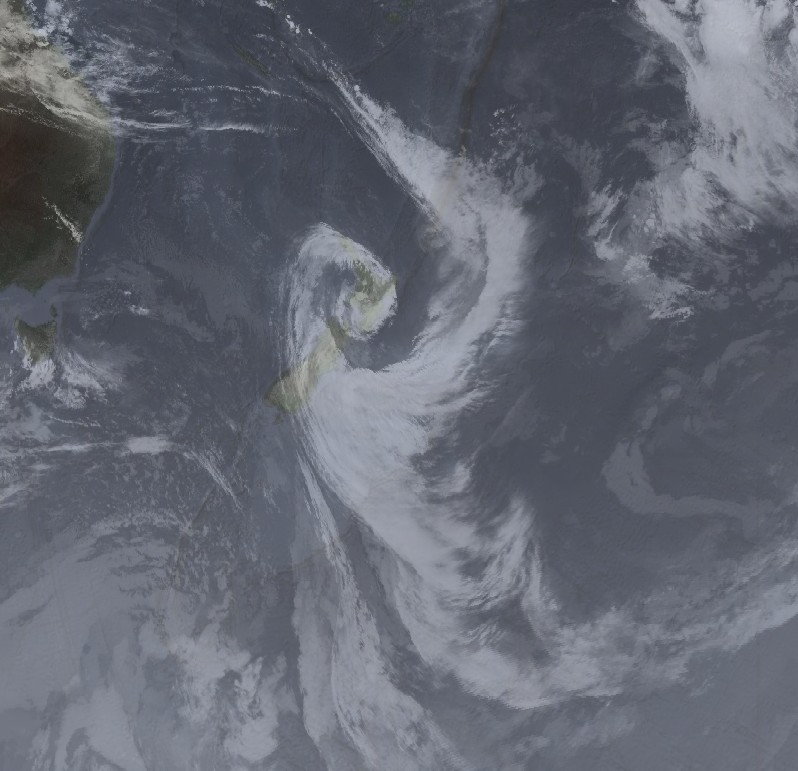 The heaviest rain spread south from Northland through Auckland, Coromadel and the Bay of Plenty with peak rainfall rates of up to 25 mm (0.98 inches) per hour forecast for those most exposed. Through Friday, January 5, the heaviest rainfall was expected in Tongariro, Mt Taranaki, Marlborough and the Tararua Range.

Auckland, New Zealand's largest city with a population of 1.37 million, received 41 mm (1.61 inches) of rain within 24 hours ending 09:00 local time Friday, January 5 (22:00 UTC, Thursday, January 4) which is more than it receives in November and December combined (38 mm / 1.49 inches). However, the biggest problem for the city was the storm surge that combined with king tides to breach seawalls, causing waste-deep floods and damaging homes and roads.

The storm brought winds of up to 120 km/h (74 mph) that resulted in a death of a woman after a tree fell on her car. Fire communications northern shift manager said there had been 220 weather-related callouts between 06:00 and 13:00 local time Friday. 90 of those came from Auckland, 50 from Waikato, 60 from the Bay of Plenty and 20 from Northland. Most of the calls made were due to tree damage.

The heaviest rain is expected about Tongariro National Park and the Kaikoura coast and ranges, and the Warning is still in force in these areas until the early hours of Saturday morning.

Severe gales are expected for the lower North Island and Marlborough through to Saturday afternoon, with the Strong Wind Warning remaining in place in these areas.

The combination of strong winds and high tides may cause inundation in western and southern areas, especially along Wellington's south coast and harbor.