A slow-moving Tropical Storm "Urduja," internationally known as "Kai-Tak," crawled toward the Philippines over the past couple of days, dropping massive amounts of rain. Urduja made landfall around 06:00 UTC on December 16 in the vicinity of San Policarpio, Eastern Samar and is expected to re-emerge over the warm waters of South China Sea early December 18 and reintensify. As of early December 16, at least 3 people have been killed and more than were 77 000 forced to evacuate.

The system finally reached the northern part of Samar Province with maximum sustained winds of 75 km/h (47 mph) and gusts to 120 km/h (75 mph) today. The point of landfall was in the vicinity of San Policarpio, Eastern Samar around 06:00 UTC, December 16.

The storm has since weakened and is now traversing the Samar province, moving west at 15 km/h (9 mph). Meanwhile, a new tropical depression, currently located outside of the Philippine Area of Responsibility (PAR), is estimated based on all available data at 2 330 km (1 448 miles) east of Mindanao. 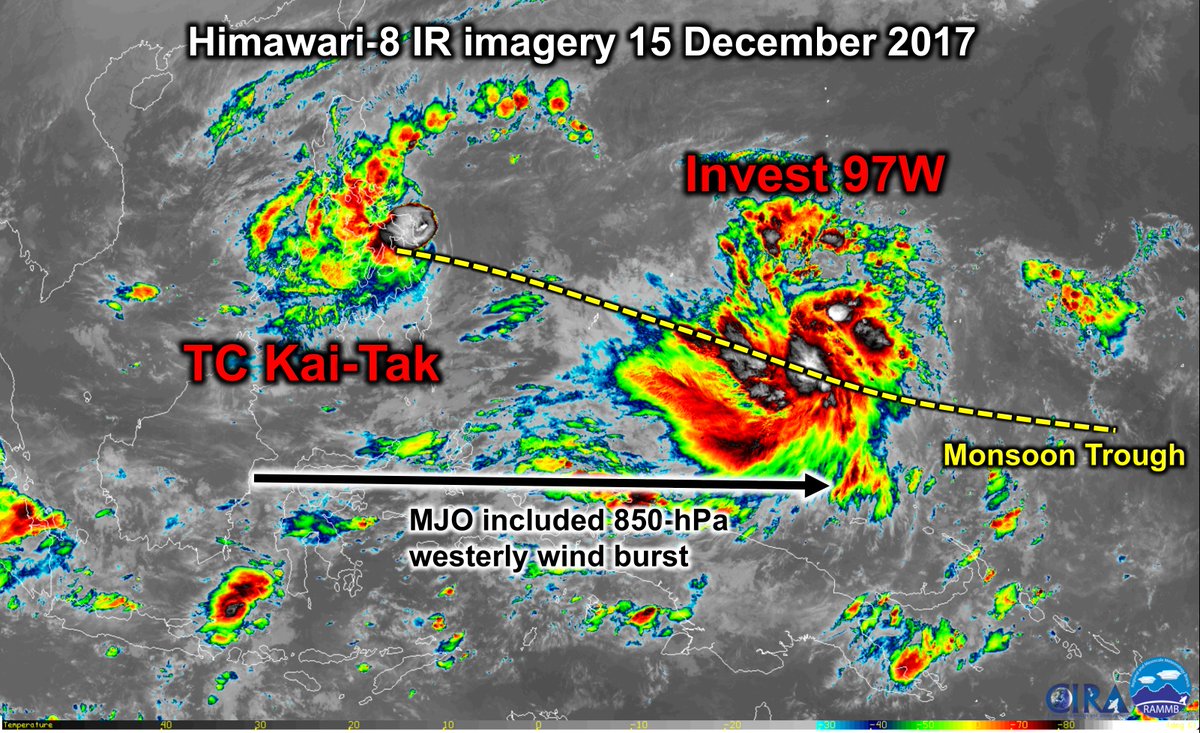 More than 970 mm (38 inches) of rain fell on Guiuan on the island of Samar in the Eastern Visayas since midweek, according to data provided by AccuWeather. In 24 hours alone, slow-moving Urduja dropped astonishing 780 mm (nearly 31 inches) of rain. To the north, Borongan City Airport has recorded 645 mm (25 inches) since Urduja began lashing the Philippines.

In addition to floods and landslides that blocked roads and buried homes, strong winds produced by the storm toppled trees and power pylons, knocking out power throughout the region.

According to AFP, local officials reported three deaths on Leyte island early Saturday morning, December 16 – a two-year-old boy who drowned in the town of Mahaplag, a woman buried by a landslide and another person who fell into a flooded manhole in Ormoc city.

More than 77 000 people from Samar and Leyte are in evacuation centers, local officials said.

Residents of these areas must undertake appropriate measures against flooding and landslides and coordinate with their local disaster risk reduction and management offices, PAGASA said. Meanwhile, rains over Eastern Visayas are forecast to gradually weaken. 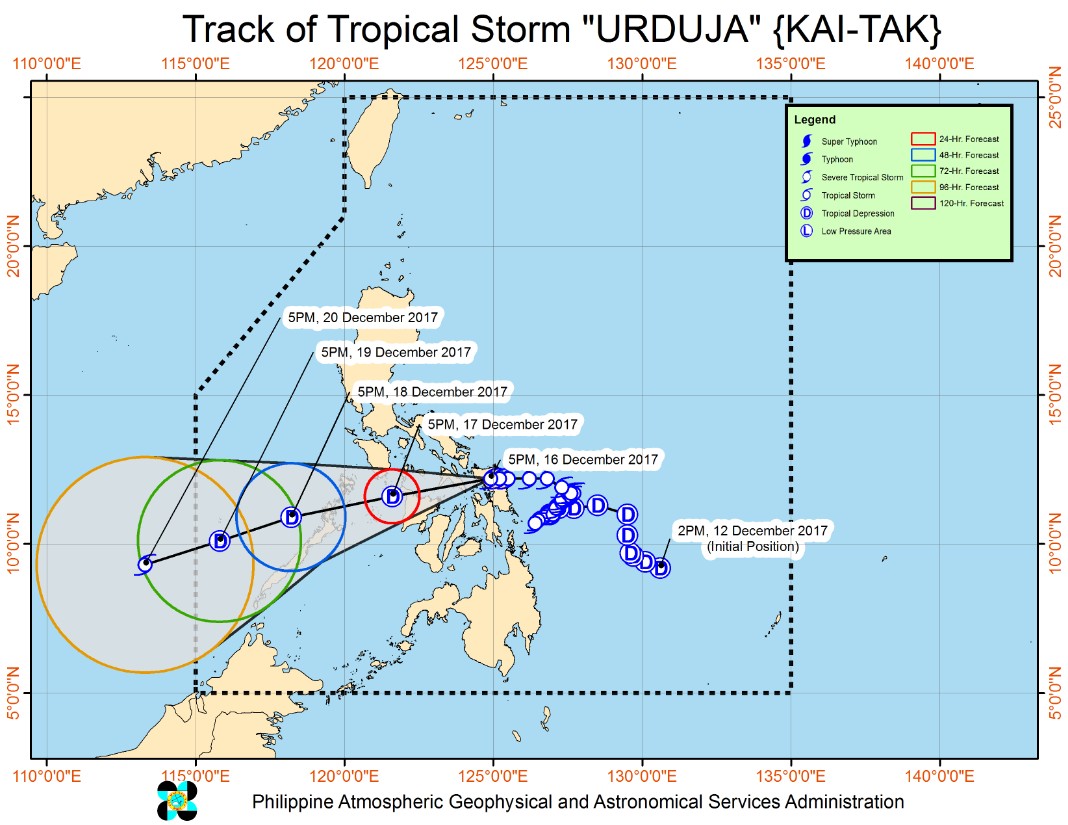 Urduja (Kai-Tak) is expected to re-emerge over the warm waters of South China Sea sometime around 09:00 UTC on December 18. Around this time, a northeasterly wind surge is forecast to feed into the region imparting energy into the low level circualtion center.

Wind shear around this time is forecast to relax some but remain overall marginal. Environmental conditions will be favorable and this system will gradually reintensify.