The Thomas Fire in California is burning for the 13th day in a row and has now grown to 259 000 acres (104 813 ha), making it the third largest wildfire in the history of California. As of December 16, the fire is only 40% contained and is still growing. One firefighter has lost its life.

Since the fire started on December 4, a total of 95 000 people have been placed under mandatory evacuation. New evacuations were ordered Saturday, December 16, as wind gusts up to 105 km/h (65 mph) brought it toward Montecito, the wealthiest community in Santa Barbara County, Summerland, and a portion of Santa Barbara City.

An Evacuation Order for:

An Evacuation Warning for:

A complete list of evacuations and road closures may be found at: http://www.countyofsb.org/ and http://www.readyventuracounty.org/

One firefighter (32) has died on Thursday, December 14 from burns and smoke inhalation. 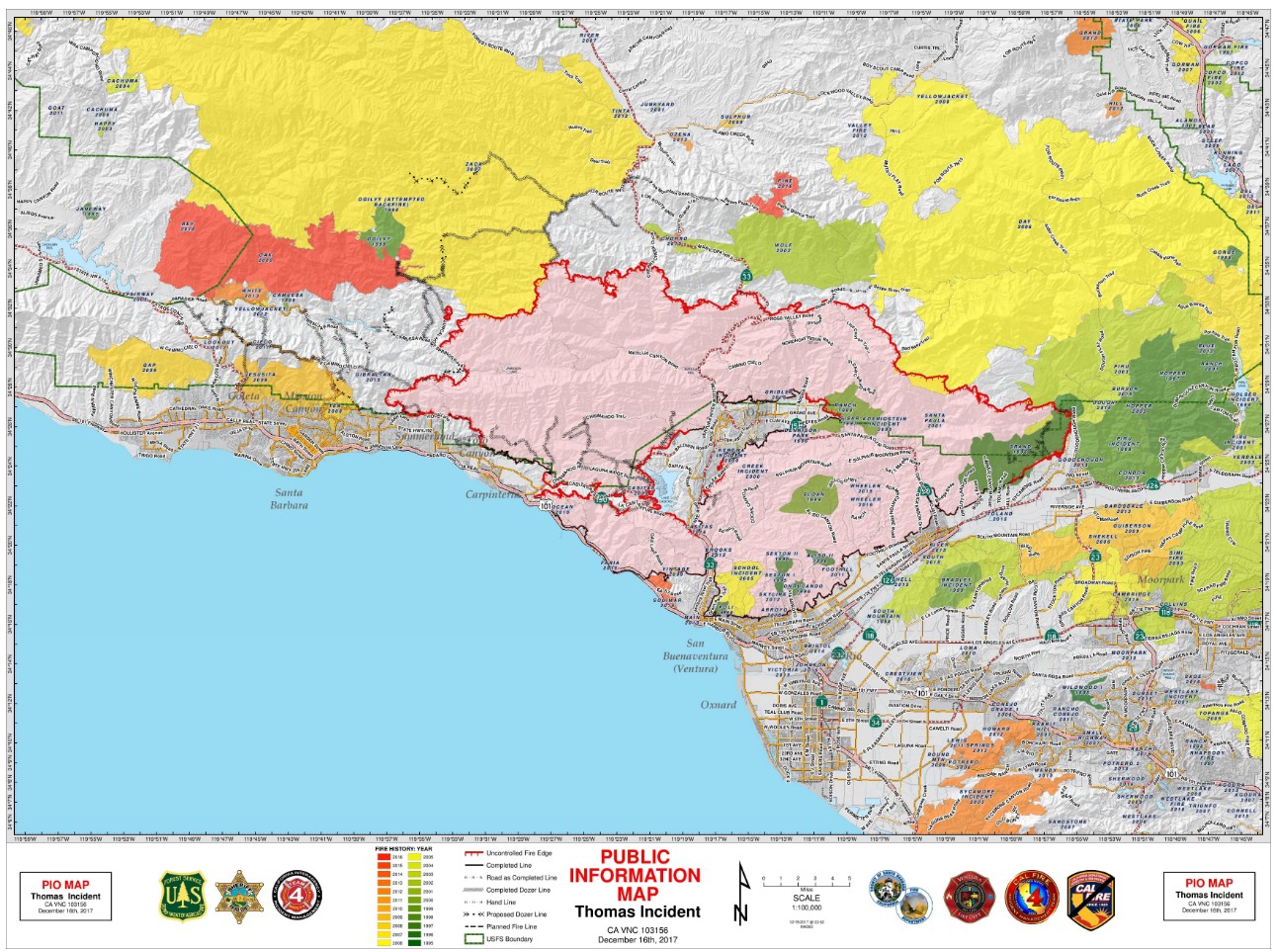 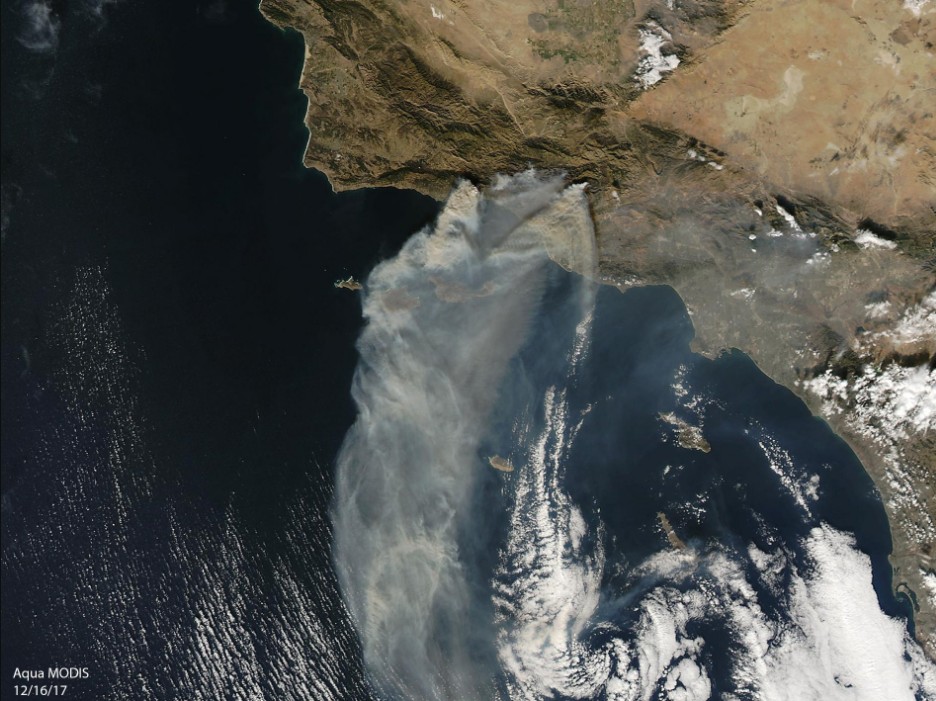 Crews will remain engaged in structure defense operations. The threat to the communities of Santa Barbara, Carpinteria, Summerland and Montecito will continue.

In the eastern Ventura County, firefighters will improve the fireline that has been established to keep the fire out of the outlying areas of Fillmore. Indirect line extending north from Fillmore will continue, in preparation for future firing operations. To the north, fire spread within the areas of Bear Haven and the Day Fire will be closely monitored.

Fireline construction north of Camino Cielo connecting to the lighter fuels of the Zaca Fire footprint will continue. Fire growth to the west, north, and east will continue where lines have not been established.

On the north side of the fire, direct line construction and firing operations will continue in Rose Valley.

North to northeast winds, gusting between 40 –  65 km/h (25 – 40 mph), developed last night and this morning. With the northerly winds, relative humidity recovery was limited.

By this afternoon, the northerly winds will diminish but are expected to increase yet again late this afternoon and evening. Relative humidity will drop into the single digits and low teens once again.

A Red Flag Warning remains in effect for the Santa Barbara zone.

The estimated containment date is January 7, 2017.