At least two 'stronger than usual' explosions took place at Italy's Stromboli volcano over the past 24 hours.

The first explosion took place at 01:30 UTC (December 15) and the second around 10:30 UTC. "A gigantic cloud of smoke was visible from the other islands of the archipelago," La Stampa reported.

Activity is still intense and lava began overflowing the northern edge of the N1 crater depression and pouring over the upper part of Sciara del Fuoco. 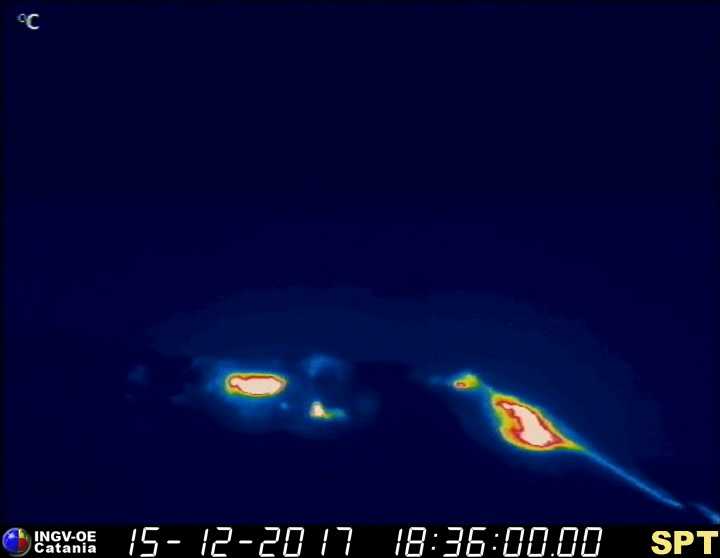 Mayor Marco Giorgianni said he is in constant contact with volcanologists and assured the population that the situation is under control. "There were two stronger than usual eruptions with lava overflow that ended in the sea and unleashed the giant cloud," he said, adding that residents are all well.

Frequent detonation waves were reported throughout the day.

According to LGS, a sudden increase in all monitored parameters started at the volcano at 10:40 UTC. The seismic tremor is very high and is accompanied by a sharp increase in infrasonic pressures. The activity is also associated with a strong SO2 emission.