Long Valley, California, has long defined the "super-eruption." About 765 000 years ago, a pool of molten rock exploded into the sky. Within one nightmarish week, 760 km3 (182 mi3) of lava and ash spewed out in the kind of volcanic cataclysm we hope never to witness. The ash likely cooled the planet by shielding the Sun, before settling across the western half of North America.

Here's a rule of geoscience: The past heralds the future. So it's not just morbid curiosity that attracts geoscientists to places like Long Valley. It's an ardent desire to understand why super-eruptions happen, ultimately to understand where and when they are likely to occur again.

A report published this week in the Proceedings of the National Academy of Sciences shows that the giant body of magma – molten rock – at Long Valley was much cooler before the eruption than previously thought.

"The older view is that there's a long period with a big tank of molten rock in the crust," says first author Nathan Andersen, who recently graduated from the University of Wisconsin-Madison with a Ph.D. in geoscience. "But that idea is falling out of favor. 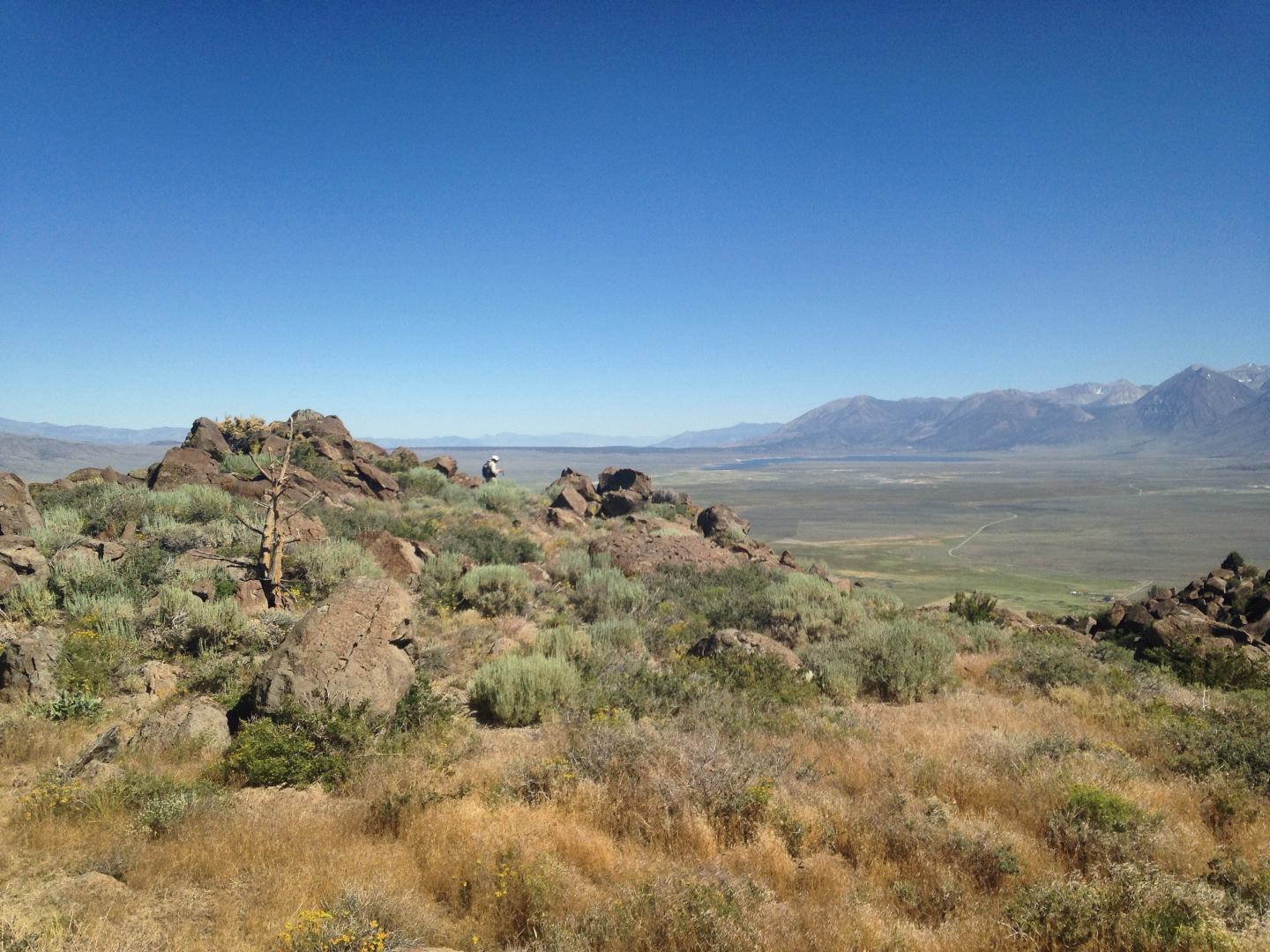 A new study looks at rock from the titanic eruption that formed Long Valley Caldera in California 765 000 years ago. Calderas occur when a volcano collapses after an eruption. Long Valley has been studied by Wes Hildreth (in background ), an author of the new PNAS study, for decades. The study signals that we don't fully understand these giant eruptions. Credit: U.S. Geological Survey

"A new view is that magma is stored for a long period in a state that is locked, cool, crystalline, and unable to produce an eruption. That dormant system would need a huge infusion of heat to erupt."

Instead of a long-lasting pool of molten rock, the crystals from solidified rock were incorporated shortly before the eruption, Andersen says. So the molten conditions likely lasted only a few decades, at most a few centuries. "Basically, the picture has evolved from the 'big tank' view to the 'mush' view, and now we propose that there is an underappreciation of the contribution of the truly cold, solidified rock."

The new results are rooted in a detailed analysis of argon isotopes in crystals from the Bishop Tuff – the high-volume rock released when the Long Valley Caldera formed. Argon, produced by the radioactive decay of potassium, quickly escapes from hot crystals, so if the magma body that contained these crystals was uniformly hot before eruption, argon would not accumulate, and the dates for all 49 crystals should be the same.

And yet, using a new, high-precision mass spectrometer in the Geochronology Lab at UW-Madison, the research group's dates spanned a 16 000-year range, indicating the presence of some argon that formed long before the eruption. That points to unexpectedly cool conditions before the giant eruption.

Better tools make better science, Andersen says. "The new instrument is more sensitive than its predecessors, so it can measure a smaller volume of gas with higher precision. When we looked in greater detail at single crystals, it became clear some must have been derived from magma that had completely solidified — transitioned from a mush to a rock."

"Nathan found that about half of the crystals began to crystallize a few thousand years before the eruption, indicating cooler conditions," says Brad Singer, a professor of geoscience at UW-Madison and director of the Geochronology Lab. "To get the true eruption age, you need to see the dispersion of dates. The youngest crystals show the date of eruption."

The results have meaning beyond volcanology, however, as ash from Long Valley and other giant eruptions is commonly used for dating.

"These huge eruptions deposit ash all over the place, and that lets you make correlations in the rock record to aid geologic, biologic and climatic studies across the continent," says Andersen. "This blanket of ash anchors you in time. The closer we can pin down the eruption age, the better we can study all facets of Earth's history."

"It's controversial, but finding these older crystals means that part of this large magma body was very cool immediately prior to eruption," says Singer, a volcanologist who was Andersen's UW advisor. "This flies in the face of a lot of thermodynamics."

A better understanding of the pre-eruption process could lead to better volcano forecasting – a highly useful but difficult proposition at present.

"This does not point to prediction in any concrete way," says Singer, "but it does point to the fact that we don't understand what is going on in these systems, in the period of 10 to 1 000 years that precedes a large eruption."

Provided by University of Wisconsin-Madison

Featured image: Laguna del Maule, whose geology resembles that of Long Valley, is a restive volcanic region in Chile that was the scene of many explosive eruptions over the last million years. It is undergoing the fastest uplift of any known volcanic region on Earth, possibly heralding a major eruption. Image credit: David Tenenbaum