There is no threat of a tsunami from this earthquake. 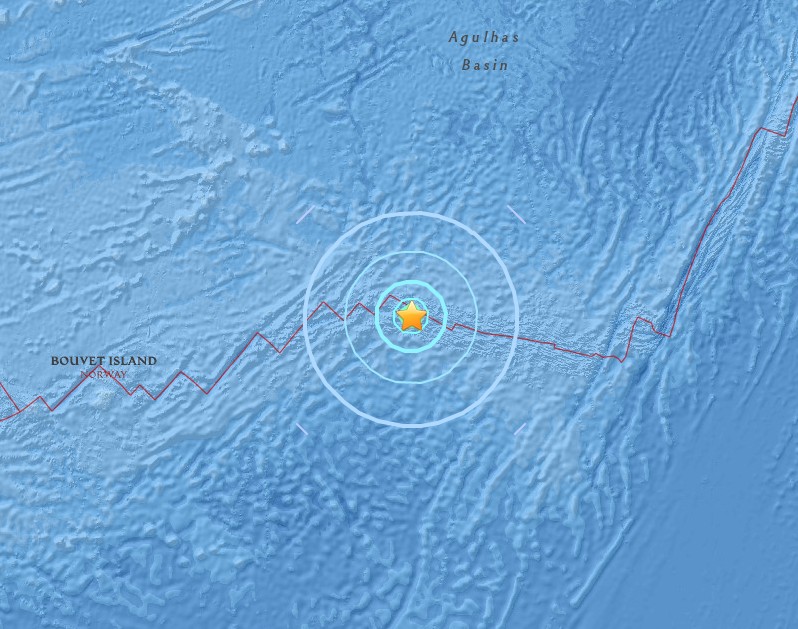 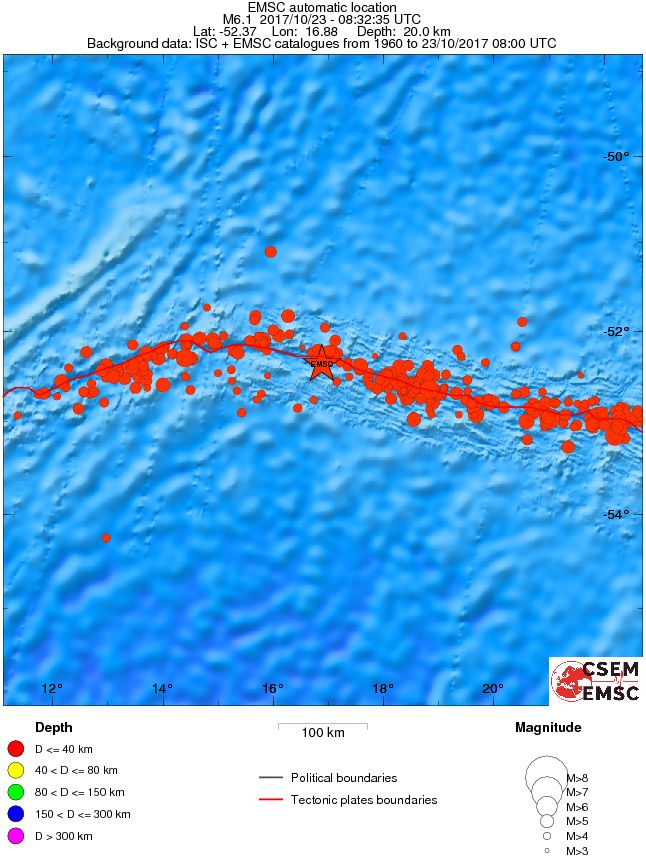 Bouvet Island is an uninhabited volcanic subantarctic island and dependency of Norway located in the South Atlantic Ocean, outside of the Antarctic Treaty System.

It lies at the southern end of the Mid-Atlantic Ridge and is the most remote island in the world, approximately 2 600 km (1 600 miles) south-southwest of the coast of South Africa and approximately 1 700 km (1 100 miles) north of the Princess Astrid Coast of Queen Maud Land, Antarctica.