Tropical Storm "Lan" formed October 15, 2017 east of the Philippines as the 21st named storm of the 2017 Pacific typhoon season, 25th if you add those named by PAGASA. Lan is currently a Severe Tropical Storm and is expected to intensify explosively into a Super Typhoon over the next couple of days as it tracks toward Japan. 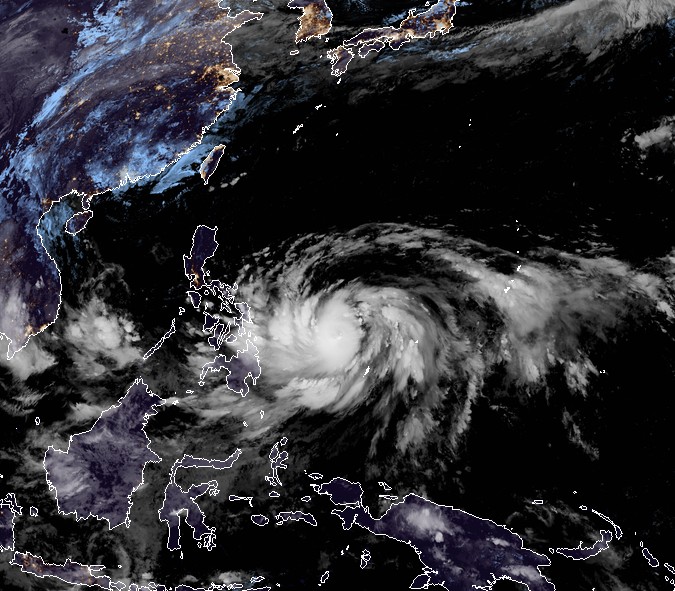 Lan is forecast to remain quasi-stationary over the next 12 hours before a subtropical ridge to the east builds sufficiently driving the system on a steady northwest track.

Environmental conditions will improve over the next 12 to 72 hours as the point source aligns with the low-level circulation and the system further consolidates.

The slow to moderate track motion over extremely high oceanic heat content will fuel an intensification phase and Lan is expected to reach a Super Typhoon strength by 09:00 UTC, October 20. The extent of gale force winds are forecast to extend a notable distance from the system center, enhanced by a cold surge over the East China Sea.

Although Lan is currently expected to track far enough east of Japan's Ryukyu Islands, rough seas and gusty showers can be expected.

Sometime around 09:00 UTC on October 22, Lan will begin interacting with the mid-latitude jet and start transitioning into an extratropical system. At that time, its center is expected to be SE of Kyushu, Japan.

After that, Lan will threaten mainland Japan for a direct hit. At this time, the highest risk is expected from Shikoku through central and north Honshu and eastern Hokkaido.