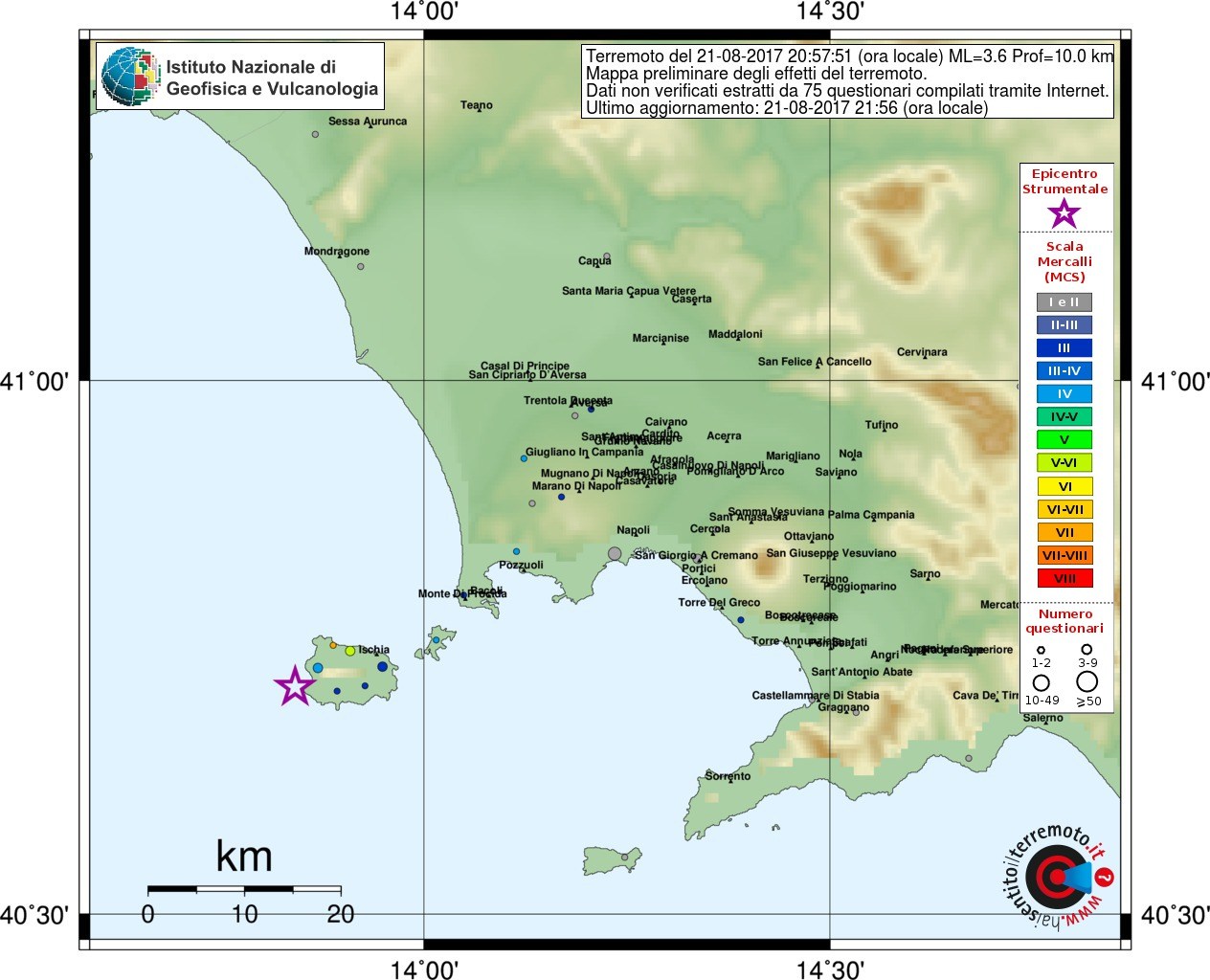 There are nearly 200 000 people living within 20 km (12.4 miles). However, Island of Ischia is a popular, tourist-packed Italian holiday island, which means there were many more people there at the time.

At least 6 buildings in the town of Casamicciola including a church collapsed during the quake. Casamicciola is located 5 km (3.1 miles) from the epicenter and has a population of 8 362.

Preliminary reports mention a total of 20 collapsed houses and 100 damaged. 2 600 people have been displaced.

Most of the damage was in the high part of the volcanic island. Hotels and residences on the coast did not appear to suffer series damage.

Demetrio Martino, deputy government prefect in Naples, confirmed one death, adding that seven people were trapped under the rubble of a collapsed building. "Two were extracted alive. Three children were still trapped, but rescuers had established contact with them. We are worried about the other two people," Martino said.

According to the Civil Protection Department in Rome, the confirmed victim was an elderly woman. She was hit by falling masonry from the church of Santa Maria del Suffragio. The second victim was also a woman whose body has been found under the rubble of a collapsed residential building, according to the Repubblica.

36 people reported injuries, including two who were seriously hurt but in non-life-threatening conditions, local police said.

The INGV initially reported the quake as M3.6 at a depth of 10 km (6.2 miles), raising questions about how such a relatively weak seismic event could wreak so much havoc.

"It is not normal [for it] to cause building collapses and hospital evacuations," Egidio Grasso, the head of a regional association of geologists, said.

He suggested that the destructive effect may have been amplified by local geological factors or by shoddy constructions "built without any earthquake-proofing".

The quake hit 3 days before the first anniversary of a major quake that killed nearly 300 people in central Italy.

Several deadly earthquakes with magnitudes less than 5.7 hit Ischia since 1881.

The map below shows notable (M5+) earthquakes in the region since the year 1000. 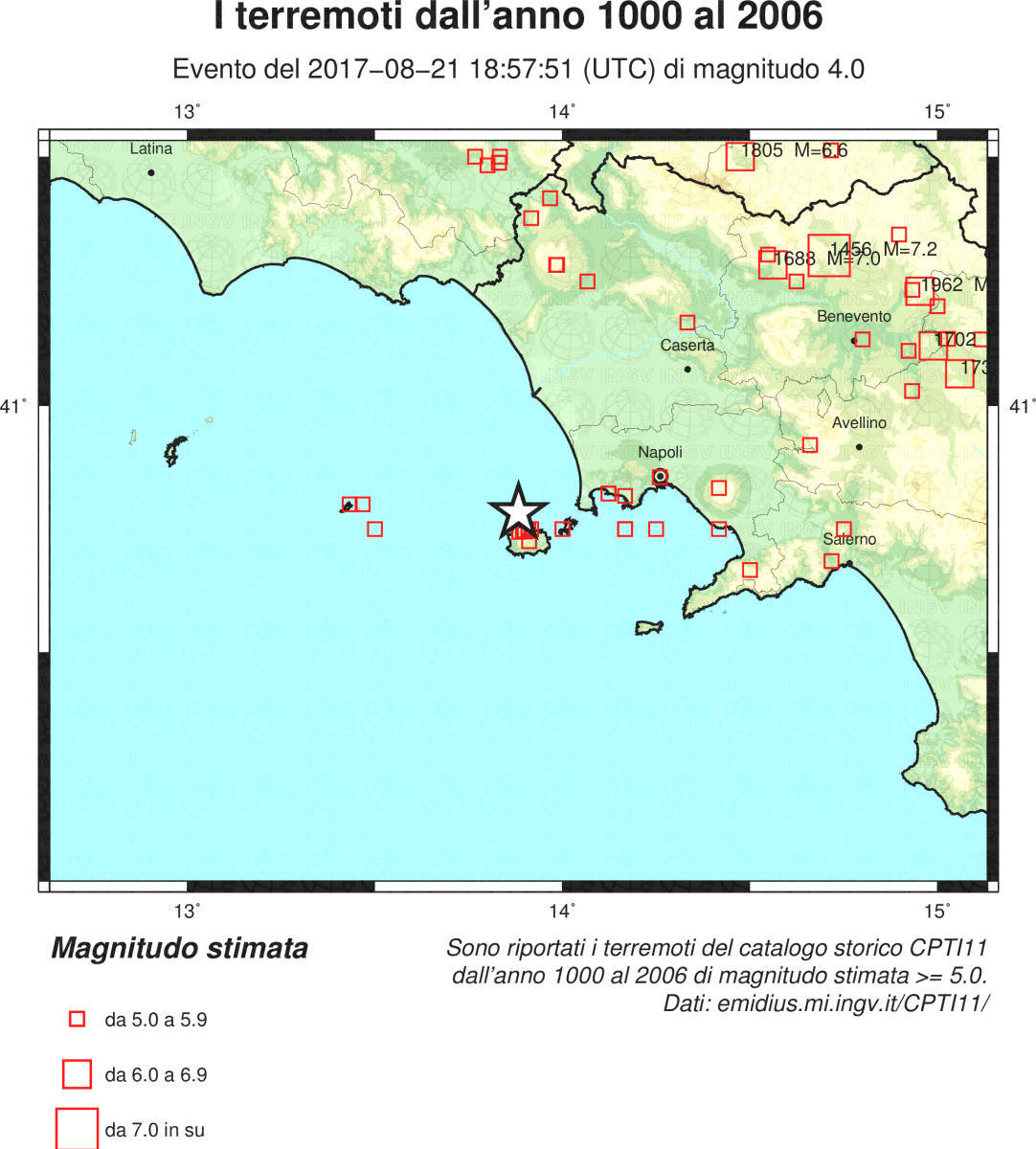