With the rise of permaculture farming practices based on ancient tribal wisdom, we have come to understand that jungles and rain forests can be extremely productive when managed effectively. Recent studies have indicated that our distant ancestors in Southeast Asia may have been well adapted to living from tropical environments 70 000 years ago – perhaps even 140 000 years ago.

Early modern humans were incredibly adaptive, successfully colonizing environments as diverse in their makeup as low-oxygen mountain plateaus, vast arid plains, ice-covered coastlines and tropical forests. Humans are unlike other animals that enter new environments, rather than being limited to adapting themselves, they can also change the environment around them. Detailed investigation of the history of human exploitation of forest ecosystems for sustenance and materials has revealed that our ancestors may well have been modifying tropical forests from around the first time they encountered them.

Over the last decade, archaeological research has shown that human inhabitation of tropical forests extends much deeper into antiquity than long suspected. There is now definitive evidence for the exploitation of tropical forests by our modern humans living in Borneo and Melanesia 45 000 years ago, and groups in South Asia were changing their forests by 36 000 years ago. The 45 000-year date is by no means the limit to how old such practices might be, only the absolute minimum dating. 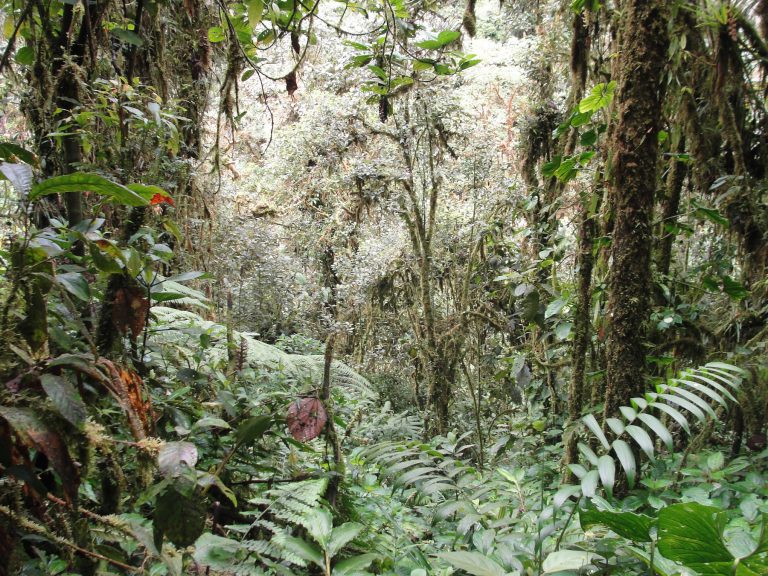 Beneath the canopy of the rain forest. Image credit: Bruce Fenton

In a paper published in the journal Nature Plants, a team of researchers led by Patrick Roberts of the Max Planck Institute for the Science of Human History, flag up the fact that even the very earliest humans may have inhabited, and modified, jungle environments. These scientists also explain that there is existing evidence suggesting rainforest occupation was already underway by 125 000 years ago in Java, 100 000 years ago in China and 60 000 years ago in the Philippines.

Some of the early dates suggested for modern humans in Southeast Asia may sound improbable, however, a mysterious population of humans had already been suggested by researchers investigating prehistoric stone tools in Malaysia’s Lenggong Valley. The stone artifacts from Lenggong Valley had been covered by ashfall associated with the Lake Toba supervolcano which erupted catastrophically around 74 000 years ago.

The suggestion of ancient human tribes living in the jungles of Southeast Asia very early has gained tremendous support thanks to a second study released this month. Research scientists, led by Kira Westaway of Macquarie University in Australia, identified human fossils at a cave site in the jungle regions of Sumatra, dated between 63 – 73 000 years in age. The cave places early humans deep inside tropical forests sooner than our species were even usually understood to have reached Southeast Asia.

The paper also points to the decline of Araucaria and rise of Eucalypts and Casuarina in tropical Australia as being correlated with the anthropogenic biomass burning (fire-stick farming) around 40 000 years ago. Previous studies centered on Australia have identified evidence human groups were deliberately burning sections of tropical forests much earlier than this, in fact, the dates extend to long before the understood occupation of the continent by ancient peoples.

Researchers from the University of Tasmania examined the incidence of fires across the continent, spanning a 350 000-year extended period, with surprising results. The University of Tasmania study found that levels of charcoal dramatically increased alongside levels of eucalyptus pollen around 120 Kya, especially in the Lake George region of New South Wales. The team suggested that this reflected an earlier entry into Australia (than usually understood) by early human populations.

The two recent studies should cause a radical shake-up of the way we look at our ancestors, the belief that they were primarily dwelling only in the African Savannahs 70,000 years ago now seems to be probably wrong. Much of our earliest history may well have involved living in and gaining sustenance from tropical forests. When we consider the earlier Australian studies highlighted here, we see evidence not only of ancient modification of tropical forests but also a strong argument for modern humans being present in Australasia tens of thousands of years earlier than currently acknowledged by most academics.