Ancient teeth from a Sumatran archaeological site have pushed back the colonization of Southeast Asia by up to 20 000 years. The location of the cave site strongly suggests that the local human population was already well adapted to living in dense jungle environments by this period.

In 2009, paleoanthropologists uncovered a partial skull, jaw fragments and teeth at the Tam Pa Ling cave site in Laos. The fossils were subsequently identified as Homo sapiens and dated to between 46 000 and 63 000 years ago. This material represented the earliest evidence of modern humans in mainland Southeast Asia. That is, until now.

In the 19th century a maverick archaeological researcher, the Dutch paleoanthropologist Eugene Dubois, made several discoveries relating to early hominins in Southeast Asia, one of these was the discovery of fossil hominin teeth at the Lida Ajer cave site on Sumatra (1888). Unfortunately, the academic community did not fully appreciate Dubois’s research during his own lifetime and the teeth (like other finds Dubois had made) faded into history without significant impact on the human story. One legitimate complaint associated with Duboi’s research was the lack of due scientific process leading to uncertainties on the dating of his finds. 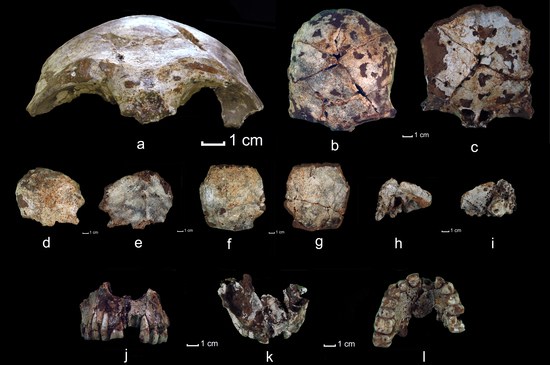 Dating to 46000 to 63 000 years ago, the human fossils found in Tam Pa Ling, Laos, are among the earliest Homo sapiens bones ever found in Southeast Asia. Credit: F. Demeter

The Lidar Ajer teeth were eventually identified as being those of modern humans, after detailed examination by Dirk Hooijer, the Dutch paleontologist. The dating of the fossils remained elusive, a mechanism to do this simply did not exist at the time. Not all researchers even agreed with Hooijer on the designation of the fossils as being those of a modern human, suspecting them might be those of late Homo erectus. There was certainly a significant population of Homo erectus living in the Indonesian region from as early as 1.8 million years ago up until perhaps as recently as 20 000 years ago.

New research published in the scientific journal Nature reveals that the Lida Ajer teeth are unequivocally those of anatomically modern human – identified by enamel–dentine junction morphology, enamel thickness and comparative morphology. The research scientists, led by Kira Westaway of Macquarie University in Australia, also accurately dated the teeth by means of combining multiple processes. Luminescence and uranium-series techniques were applied to the bone-bearing sediments and speleothems (mineral deposits from the cave), this was then coupled with uranium-series and electron spin resonance dating of the teeth.

We can now be quite certain that modern humans were living at cave sites on Sumatra between 73 and 63 thousand years ago. This finding follows the very recent revelation that modern humans were already living in on the northern end of the Australian continent by at least 65 – 80 thousand years ago (tools and ochre paints dated at the Madjedbebe rock shelter). The combining of these two discoveries radically revises the story of the modern human colonization of the globe.

The discovery of these teeth in what was dense rain forest territory also offers the earliest evidence of modern humans as being jungle adapted. The skills required to survive in the hostile deep jungles is generally understood to have taken considerable time to acquire, most models of early humans place them in open grassland areas. Additional research will be required to understand what forces drove these people into the difficult rain forest environments, and how early this began to occur.

One thing that can certainly be concluded at this stage in the investigation is that any migration beginning on the Africa plains somewhere between 70 – 60 thousand years ago is unsatisfactory as the explanation for modern humans living on the coasts of northern Australia over 65 thousand years ago, and other groups being well adapted to deep jungle life on Sumatra over 63 000 years ago.