Our planet is under the influence of a positive polarity CH HSS which is causing geomagnetic storms reaching G1 – Minor levels.

During the past 24 hours, solar wind parameters reflected the onset of a co-rotating interactive region (CIR) followed by the influence of a positive polarity coronal hole high speed stream (CH HSS).

Solar wind density reached a peak of 60 particles/cubic cm at around 04:15 UTC on July 9, which coincided with a phi angle transition (negative to positive).

Geomagnetic K-index of 5 (G1 – Minor geomagnetic storm) threshold was first reached at 02:30 UTC on July 9. Under G1 conditions, area of impact is primarily poleward of 60 degrees Geomagnetic Latitude. Weak power fluctuations can occur, minor impact of satellite operations is possible and aurora may be visible at high latitudes. G1 levels were reached again at 10:20 UTC. 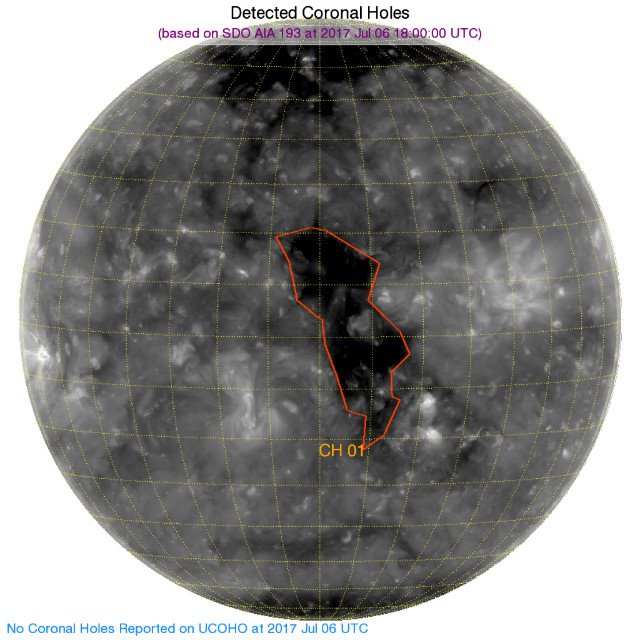 Solar wind parameters are expected to remain enhanced over the next three days (July 9 – 11) under continued CH HSS influence.

Quiet to active levels are expected on July 10 and 11 as CH HSS effects persist.