According to the Dawn, five persons including four young boys were electrocuted. In a separate incident, two boys drowned while trying to swim in water accumulated in an under-construction underpass. Five people lost their lives due to lightning and rain-related incidents mostly in lower Sindh.

In the province of Balochistan, a red alert has been issued in Lasbela and Khuzdar districts as intermittent rainfall in the last 24 hours caused flash floods and disrupted road communication.

A large number of people, who had left for picnics in the area during the Eid holidays were stranded by the floodwater. 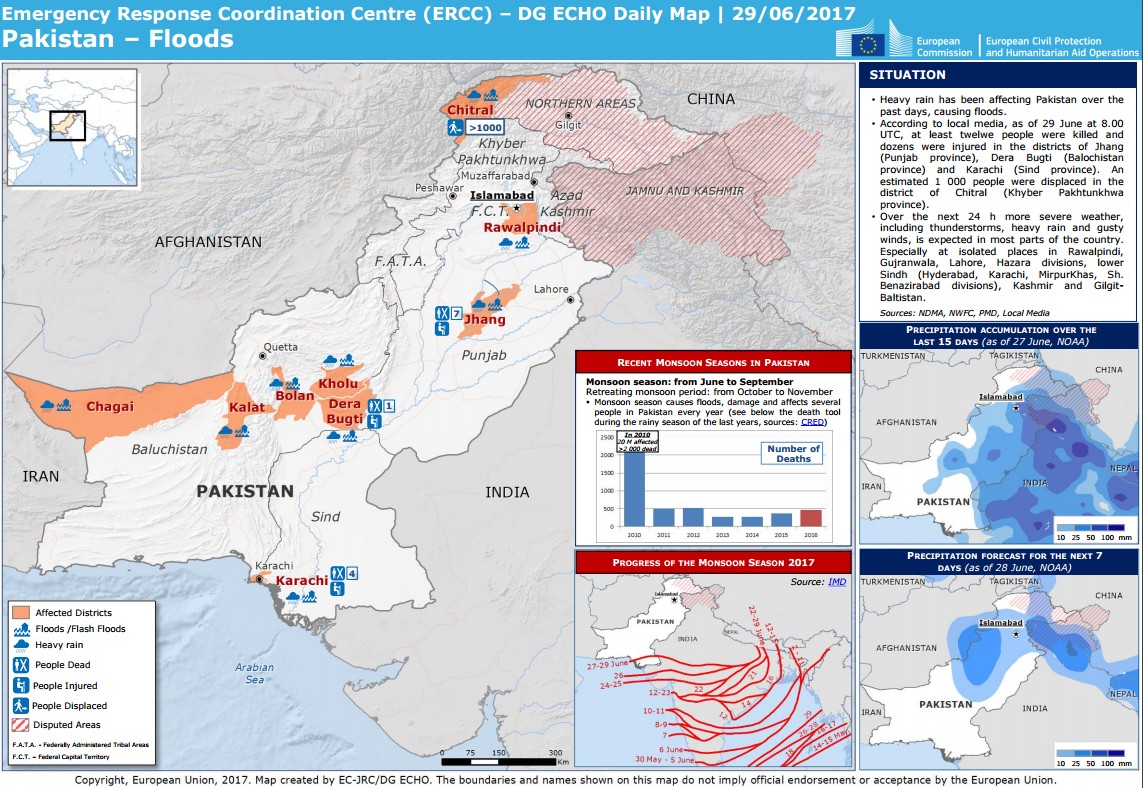 The province of Punjab had no rain-related deaths, however, 54 large and small buildings were affected by heavy rain and several people were injured.

These were Pakistan's first monsoon rains this year. Their monsoon season lasts from June to September.

In 2010, heavy monsoon rains affected 20 million people (mostly by destruction of property, livelihood and infrastructure), and caused more than 2 000 deaths.