Active Region 2644 has beta magnetic configuration and is capable of more moderate to strong eruptions on the Sun but its location does not favor Earth-directed coronal mass ejections (CMEs). The region has produced 7 M-class solar flares since M4.4 at 21:48 UTC on April 1 and several CMEs. None of it appears to be Earth-directed.

A type II (746 km/s) and IV radio sweeps were associated with the event indicating a CME was produced. 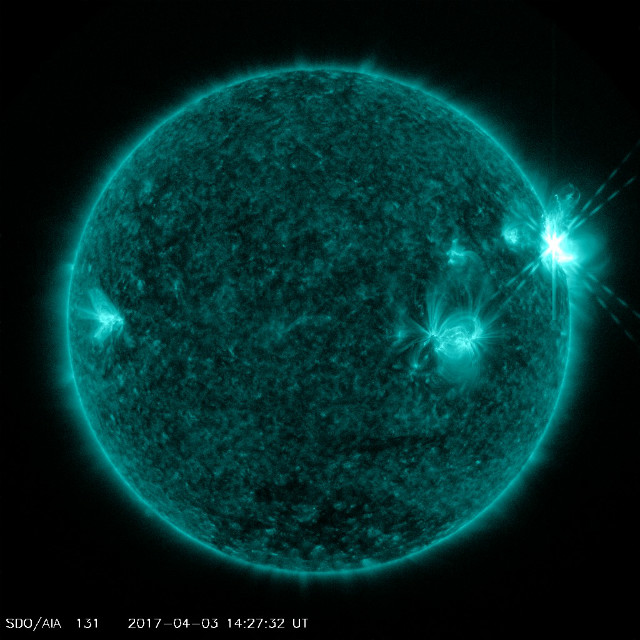 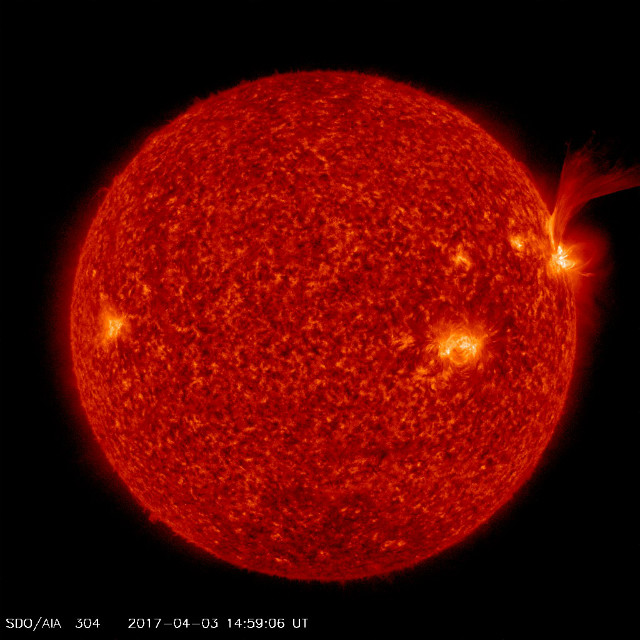 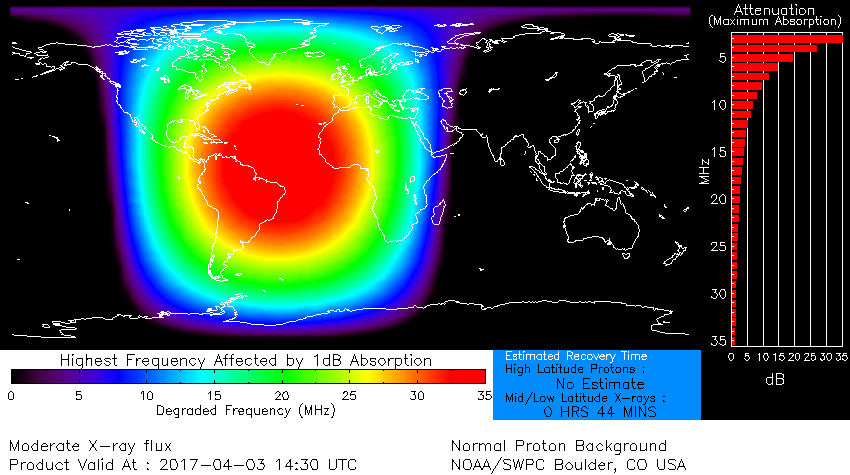 Region 2644 is about to start its far side rotation but we still might see some action from it today and tomorrow.

There are currently 3 active sunspot regions on the Earth-side of the Sun. 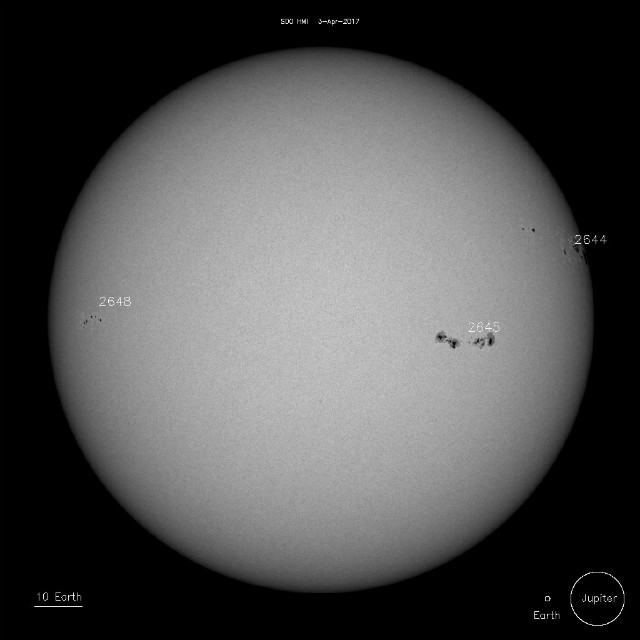