Departing Active Region 2644 erupted with seven M-class solar flares since late April 1, 2017. The series started with M4.4 on April 1 and was followed by M5.3, M2.3, M2.1 and M5.7 on April 2, and M1.2 and M5.8 on April 3. Multiple coronal mass ejections were associated with those events but none of them is expected to be Earth-directed. The region is about to begin its far side rotation but we still might see some action from it today and tomorrow.

A Type IV Radio Emission was registered at 21:50 UTC. Type IV emissions occur in association with major eruptions on the Sun and are typically associated with strong coronal mass ejections (CMEs) and solar radiation storms. However, the plasma cloud appears to be headed to the northwest and away from our planet. 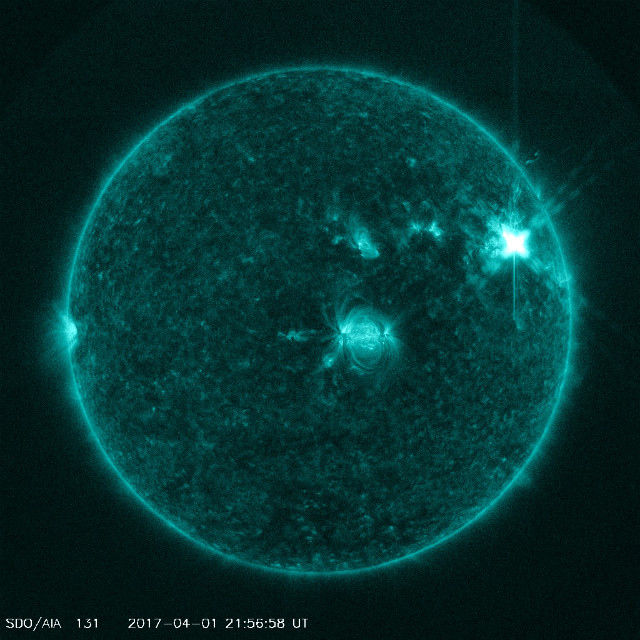 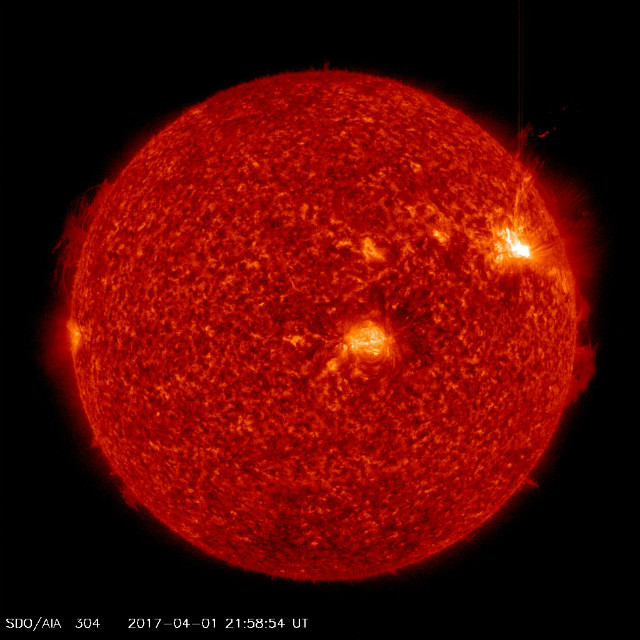 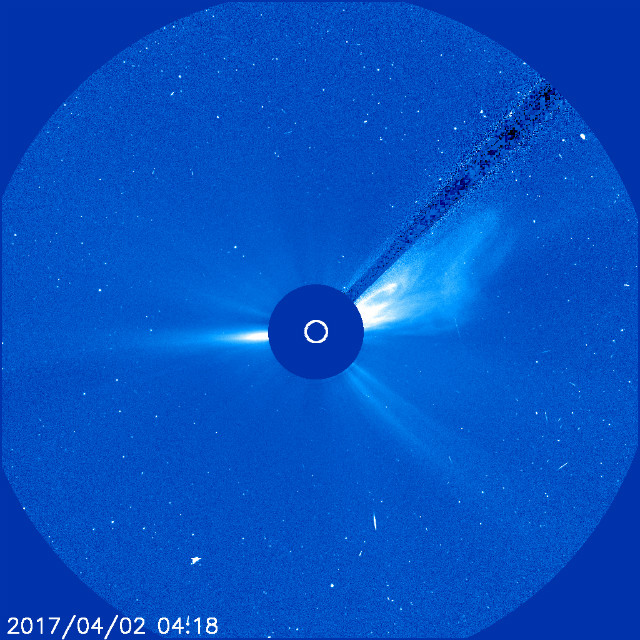 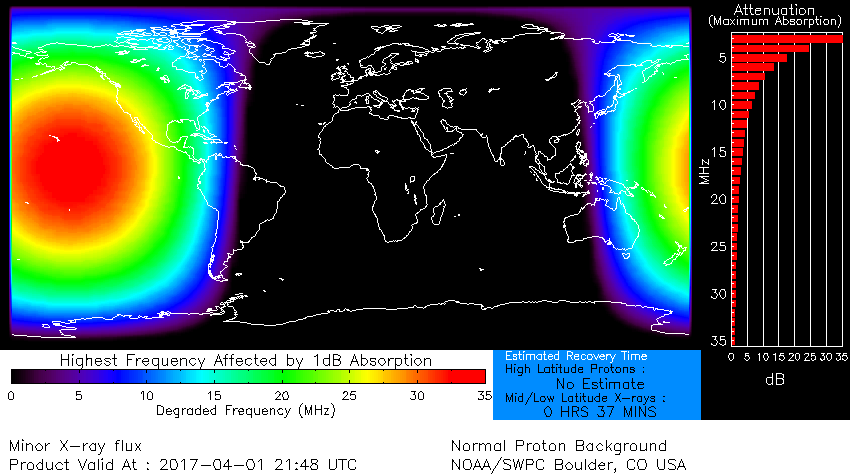 The location of this region does not favor Earth-directed CMEs. 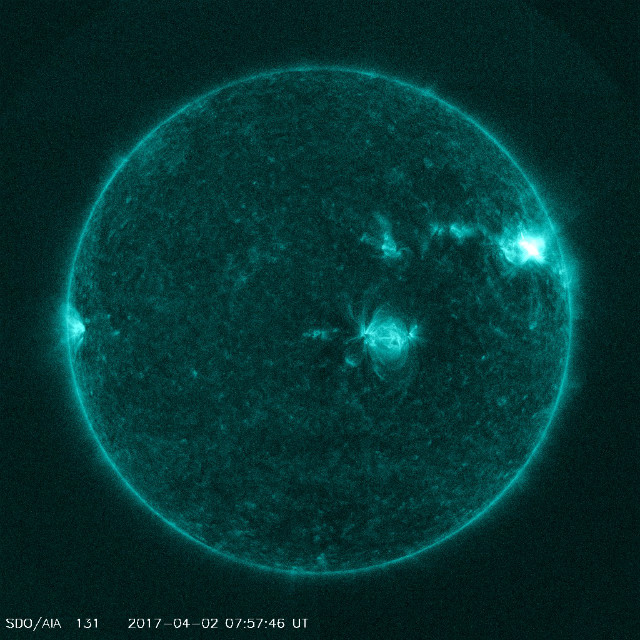 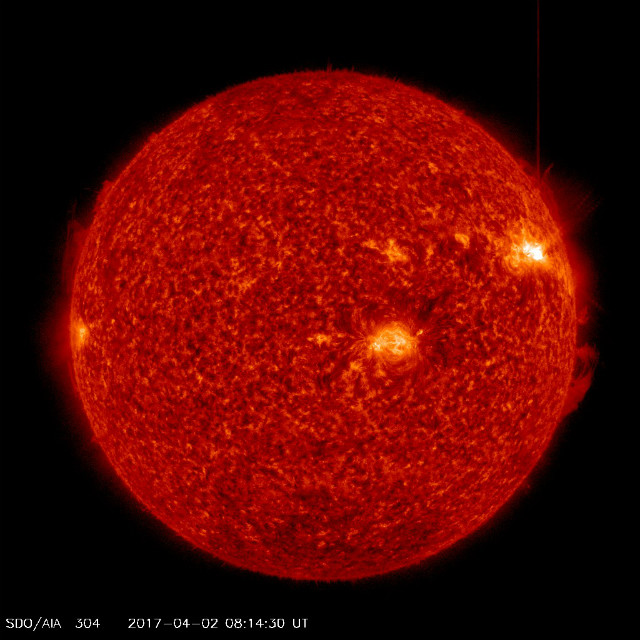 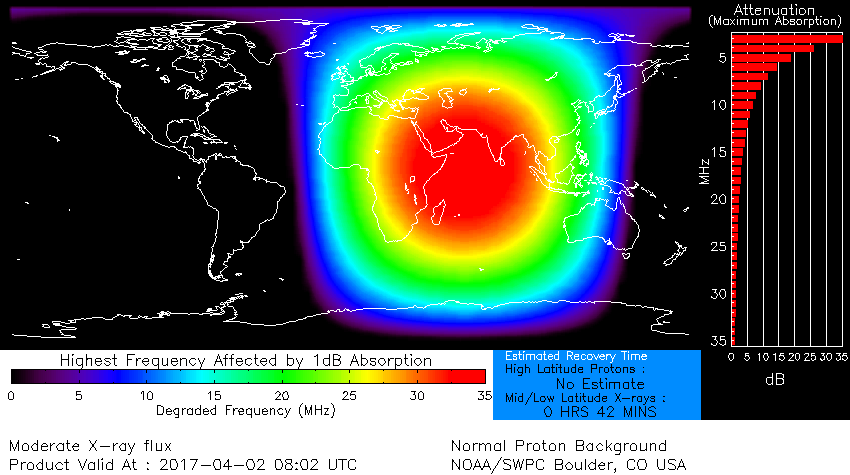 A 10cm Radio Burst (peak flux 110 sfu) beginning at 12:56 and lasting 1 minute was associated with this event. A 10cm radio burst indicates that the electromagnetic burst associated with a solar flare at the 10cm wavelength was double or greater than the initial 10cm radio background. This can be indicative of significant radio noise in association with a solar flare. This noise is generally short-lived but can cause interference for sensitive receivers including radar, GPS, and satellite communications. 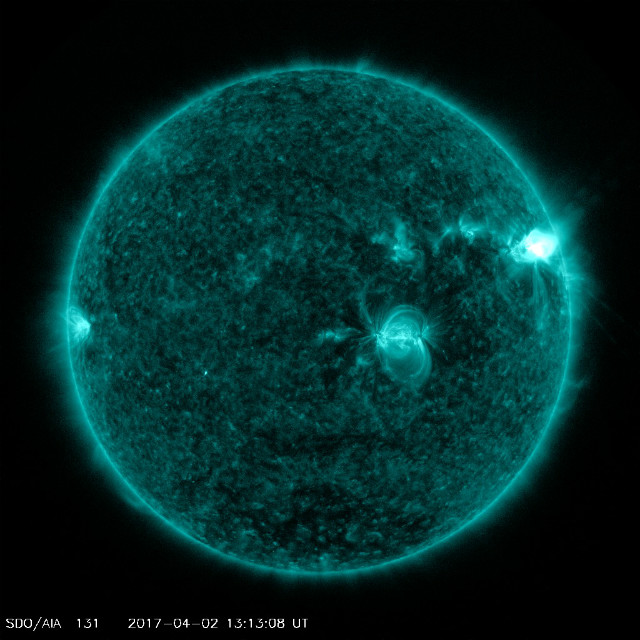 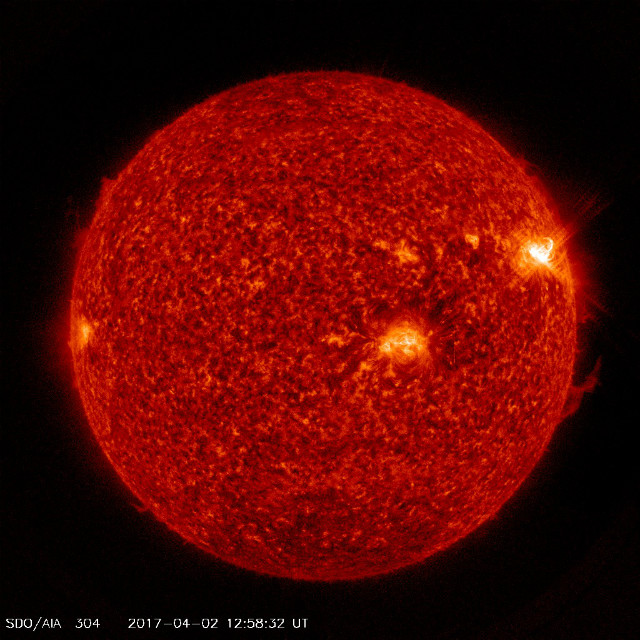 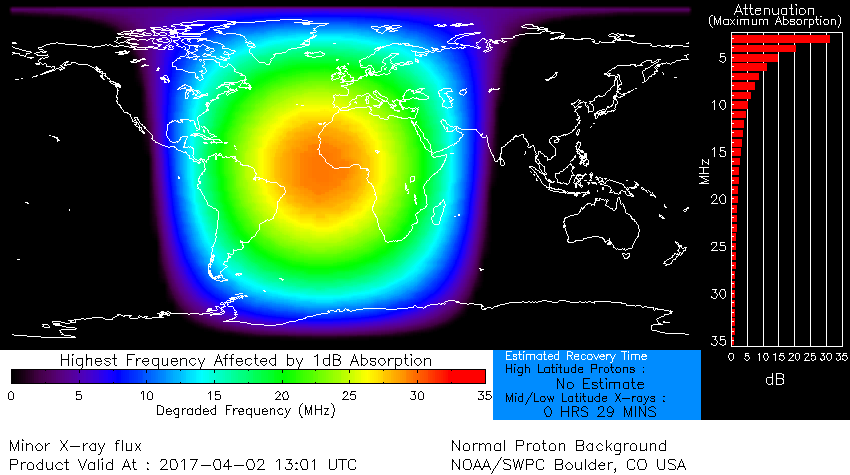 A long duration M2.1 solar flare, the fourth in a series, started at 18:18, peaked at 18:33 and ended at 19:28 UTC. There were no radio signatures detected that would suggest a coronal mass ejection was produced. 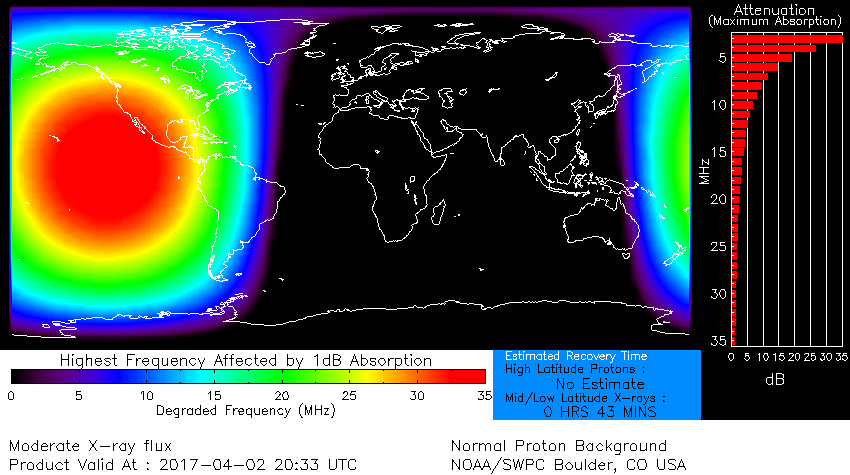 The sixth solar flare in this sequence was M1.2 at 01:05 UTC. The event started at 00:56 and ended at 01:12 UTC. There were no radio signatures that would suggest a CME was produced.

Region 2644 is about to start its far side rotation but we still might see some action from it today and tomorrow.

There are currently (April 2) 4 numbered active regions on the Earth side of the Sun. 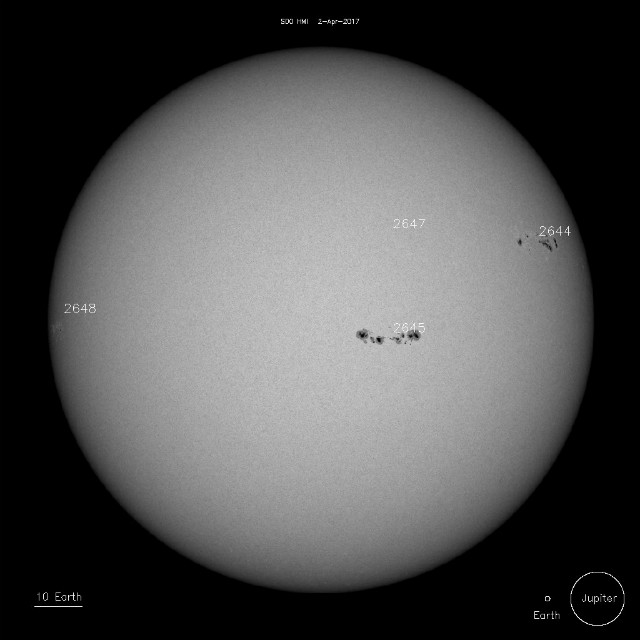 Region 2644 (beta) developed additional spots to the north and west of its large leader spot resulting in a slight increase in area and spot count on April 1. The M4.4 flare appears to originate in the vicinity of the new spot growth.

Since 12:00 UTC on April 2, Region 2644 showed rapid growth in area, spot count and magnetic complexity, particularly in the leader portion of the group. The region doubled in size and spot count over the past 24 hours. Region 2645 continued its growth pase, indicated by an overall increase in areal coverage. Intermetiate spot consolidation was evident, leading to a small decrease in spot count. 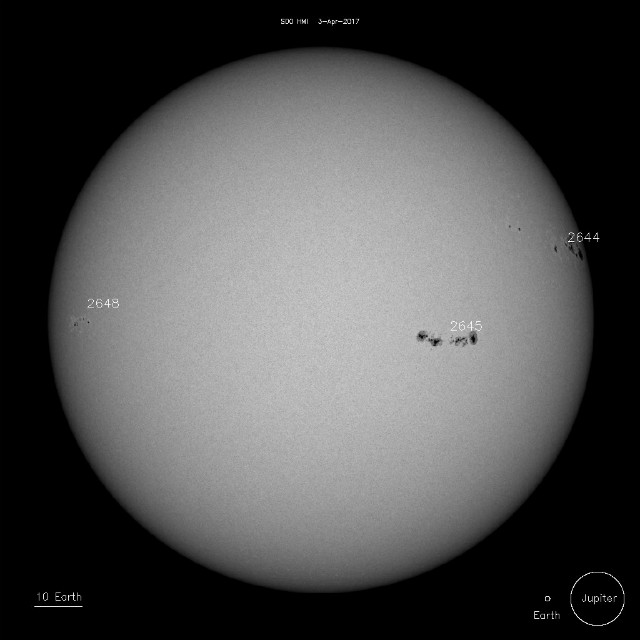