A major eruption started at Kamchatkan Kambalny volcano at 21:20 UTC on March 24, 2017, prompting authorities to raise the Aviation Color Code to Orange. According to experts, the sharp intensification of the volcano was a complete surprise. Although there are reports of an increase in activity in 1769, the last major eruption of this volcano took place in 1350.

An explosive eruption of the volcano continues, KVERT said. Ash explosions up to 6 – 8 km (19 700 26 200 feet) a.s.l. could occur at any time. Ongoing activity could affect international and low-flying aircraft. 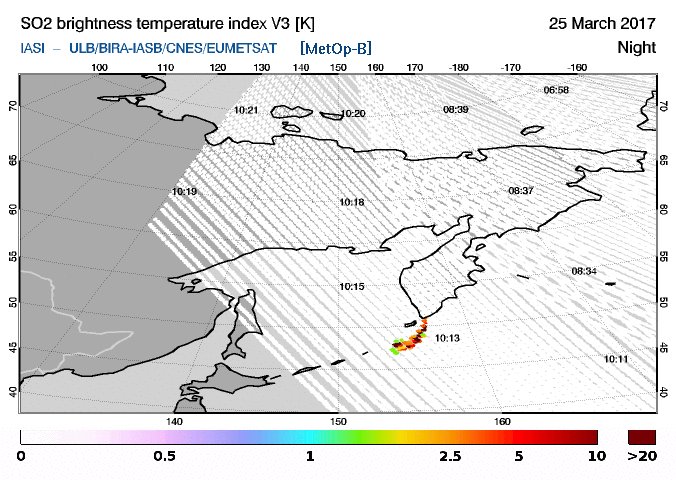 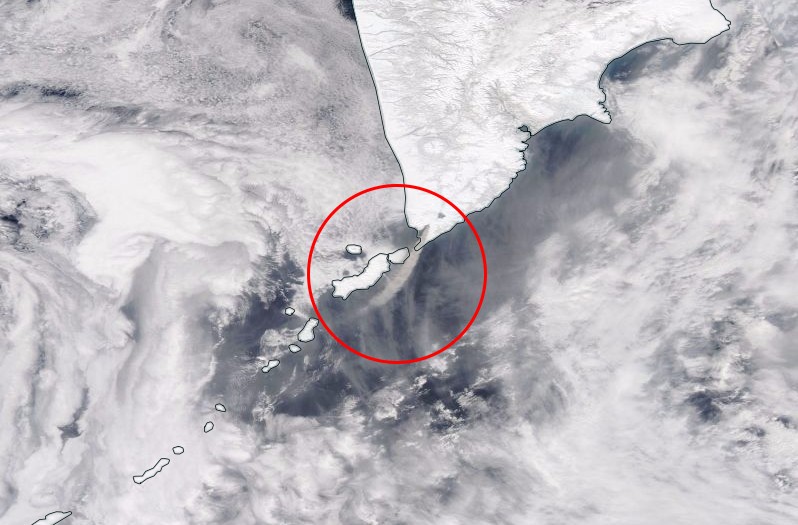 "This is the first scientific observation of a major volcanic event at Kambalny," said Olga Kirin, head of KVERT group. "According to tephrochronology, a strong eruption occurred 600 years ago, but there is information about the increase in activity some 250 years ago," she added. "The volcano is under our close supervision, but it is hard to say what will happen next."

The nearest settlement is located some 77 km (47.8 miles) away from the volcano.

The southernmost major stratovolcano on the Kamchatka peninsula, 2116-m-high Kambalny has a summit crater that is breached to the SE. Five Holocene cinder cones on the W and SE flanks have produced fresh-looking lava flows. Beginning about 6300 radiocarbon years ago, a series of major collapses of the edifice produced at least three debris-avalanche deposits.

The last major eruption took place about 600 years ago, although younger tephra layers have been found, and an eruption was reported in 1767. Active fumarolic areas are found on the flanks of the volcano, which is located south of the massive Pauzhetka volcano-tectonic depression. (GVP)