A salt lake in Westgate Park, just off the Yarra River and Port Phillip Bay in Melbourne's center, Australia has turned a brilliant, bright pink a few days ago, delighting locals.

Parks Victoria said this is a natural phenomenon in response to very high salt levels, high temperatures, sunlight and lack of rainfall.

Algae growing in the salt crust at the bottom of the lake produces the red pigment (beta carotene) as part of its photosynthesis process and in response to the extremely high salt levels.

"Enjoy the views, but we recommend you don’t come into contact with the water," they said on March 7, 2017.

The lake is expected to return to its normal color towards winter, when the weather cools and rainfall increases.

Westgate Park's lake has turned pink several times in recent years, including in 2014 and 2015. 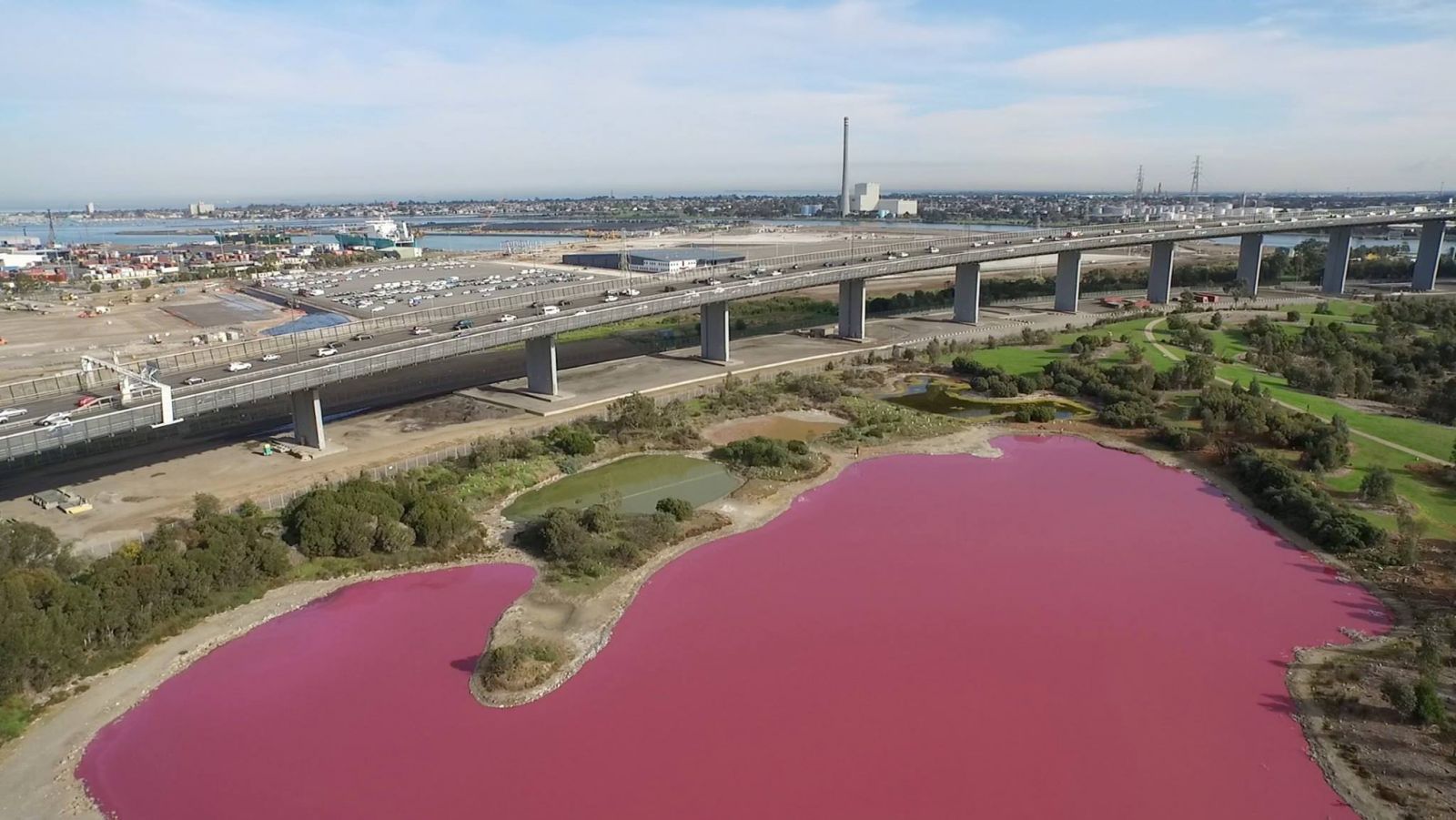 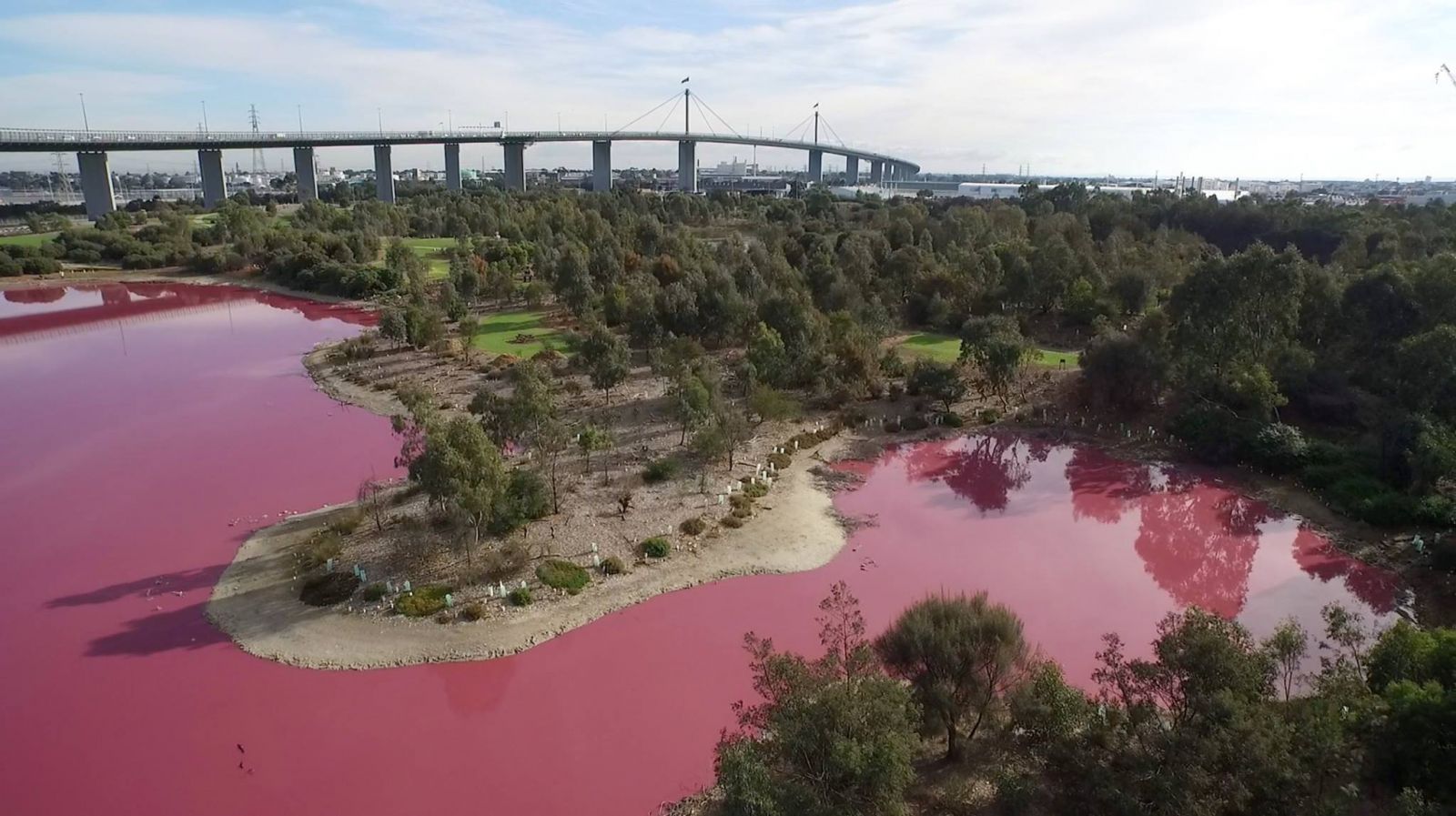 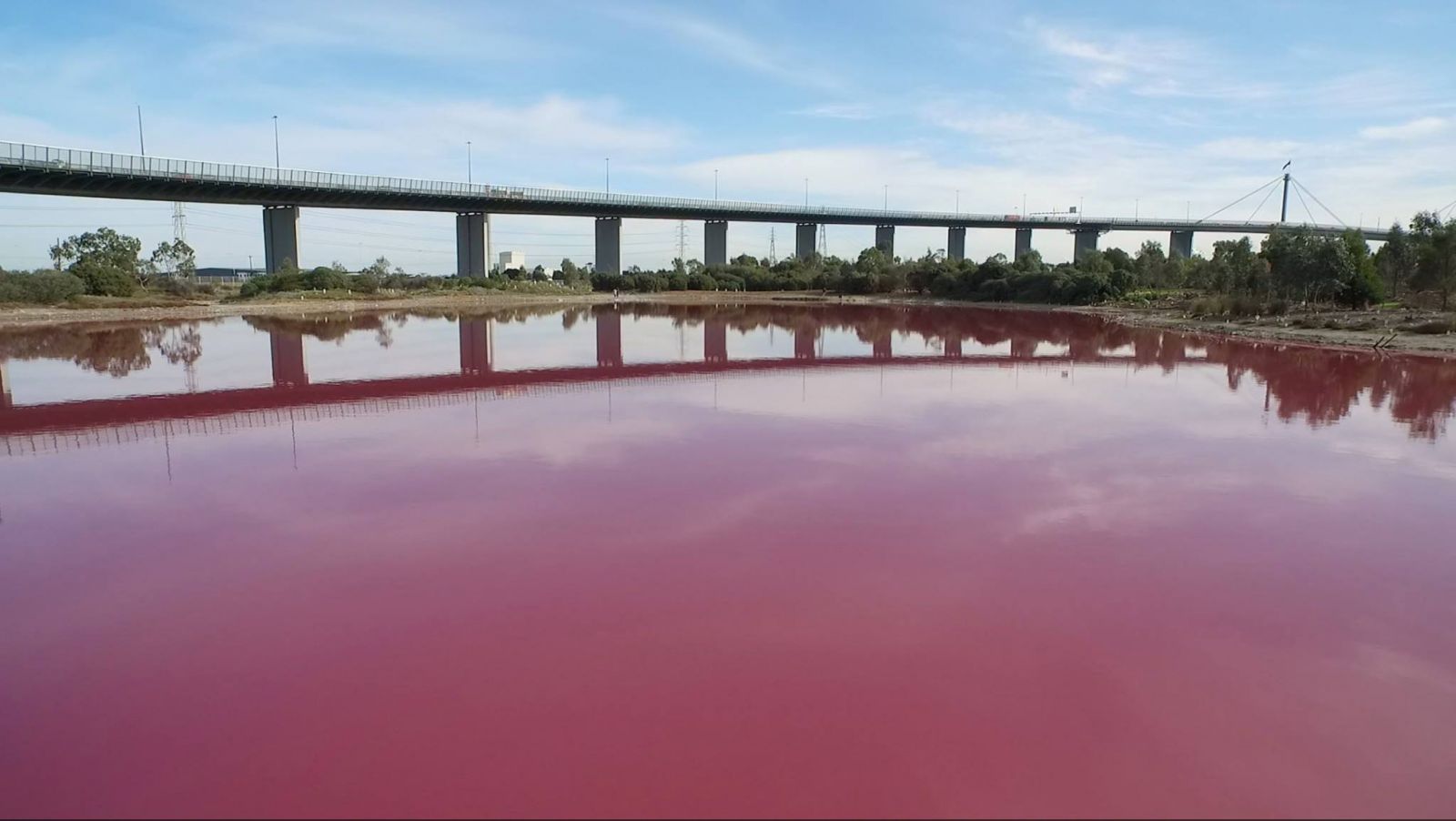