At least three people have been killed on Tuesday, February 28, 2017, as severe weather outbreak, including heavy rain, strong winds, and at least 7 tornadoes, rip through the US Midwest. As of March 1 at 07:00 UTC, the NWS has issued Flash Flood, Flood, Severe Thunderstorm and Tornado Warnings for the states of Illinois, Ohio, and Indiana. Events that took place in Illinois were extremely rare for February.

A large and dangerous tornado touched near Ottawa, 80 km (50 miles) southwest of Chicago, killing one person after the twister uprooted a tree. There are reports of minor injuries at an Ottawa nursing home.

At least a dozen vehicles, including a semi-truck, were blown off Interstate 55 near Perryville, Missouri, some 130 km (80 miles) of St. Louis, after a tornado touched down in the area. At least one person died and several were injured. Media reports mention 8 to 10 badly damaged buildings and structures. Perry County Clerk Jared Kutz says emergency management officials in the county aren't certain it was a tornado, but Missouri Gov. Eric Greitens says in a statement that there are confirmed reports of a tornado.

The third person was killed in Crossville, Illinois. He was found in a field behind his heavily damaged home. His wife sustained injuries and was taken to the hospital.

After pounding the Ottawa area with baseball-sized hail and high winds, the storm moved east into Indiana and weakened.

The February tornado was a rarity in Illinois, meteorologist Amy Seely said, although several January tornadoes had struck the area in 2008.

The late afternoon into the evening of Tuesday, February 28 brought a favorable setup for severe weather, including tornadoes across northern Illinois. NWS Chicago damage survey teams will be assessing storm damage and reports of tornadoes in LaSalle and Grundy Counties. NWS Lincoln will be assisting, surveying from Washburn to the Long Point area. Tornadoes determined in the NWS Chicago County Warning Area will be summarized on this web page. 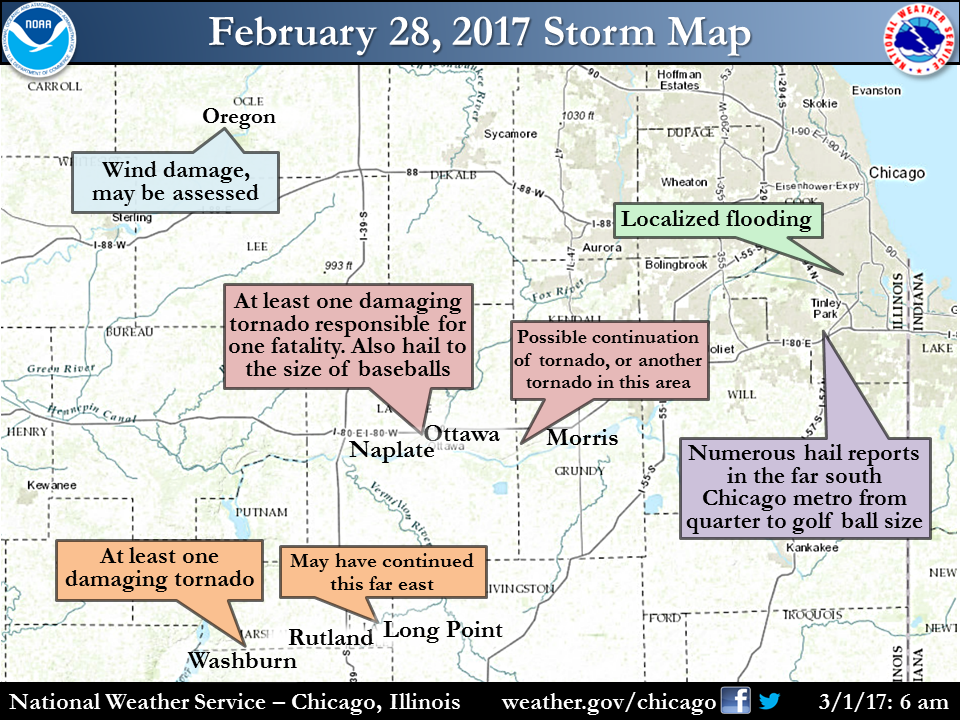 With this tornado event happening in February, albeit the last day of the month, made it extremely rare. Here is a climatological perspective: 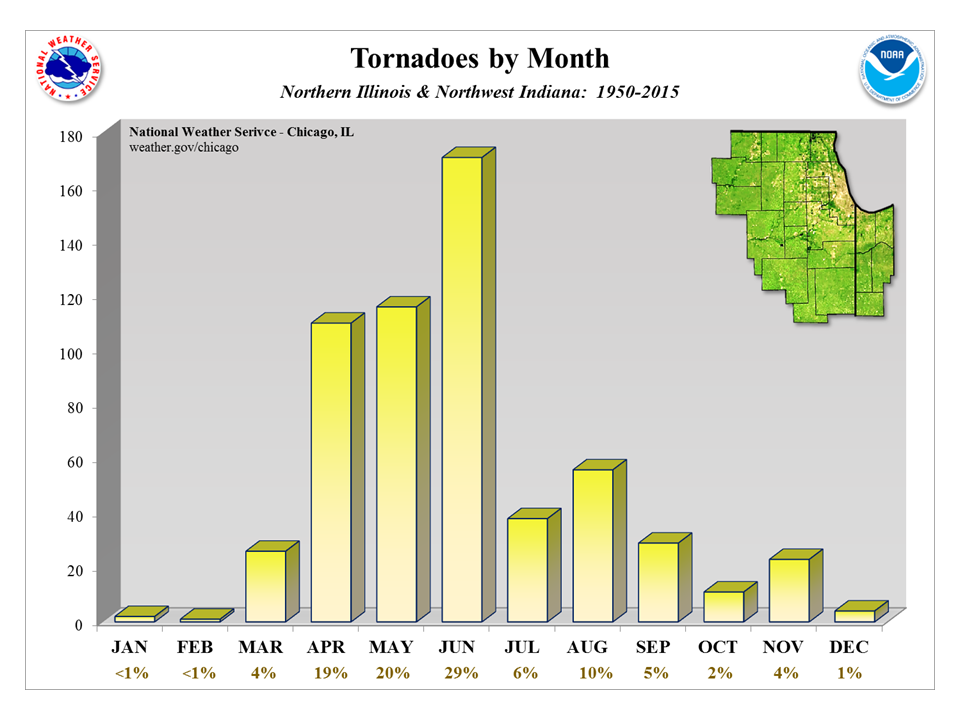 Tornadoes by Month in the NWS Chicago CWA 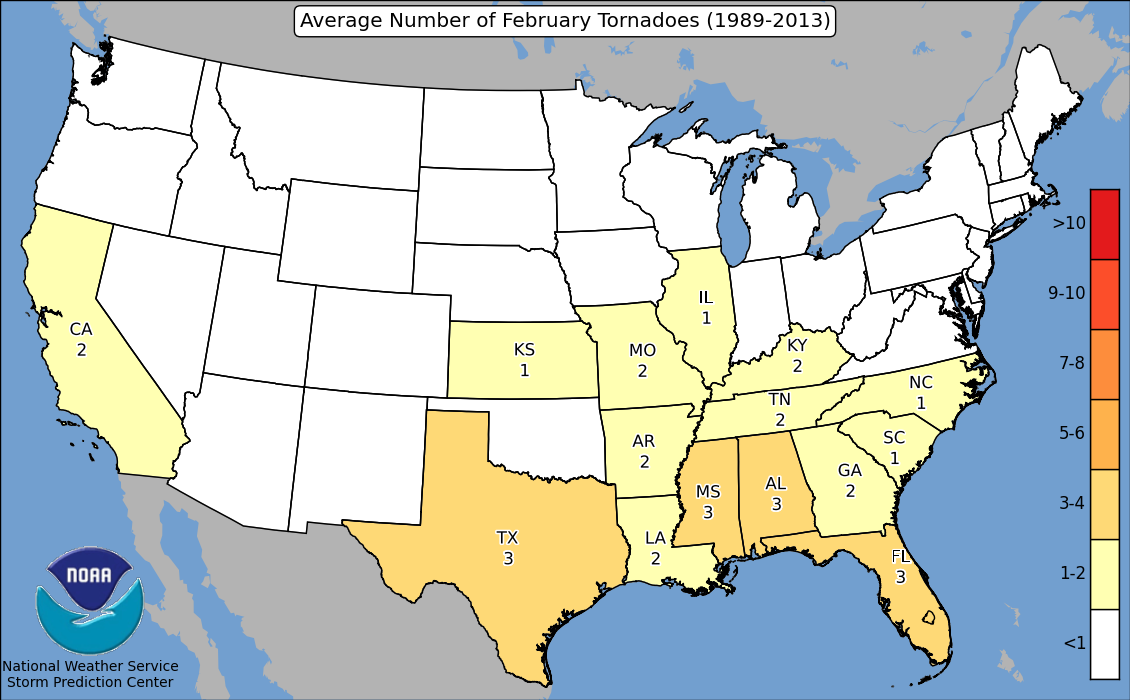 Average number of tornadoes in February per year by state. Note almost all of the tornadoes in Illinois during February have occurred in the southern half of the state.

NWS warns that severe potential shifts east Wednesday, when strong to severe thunderstorms will be possible from the lower Mississippi Valley northeastward across the Tennessee Valley and Appalachians, and northward into parts of the Mid-Atlantic states into southern New England.

SPC said that damaging winds are the primary severe threat, though a few tornadoes and hail will be possible, especially west of the Appalachians.