Earth is under the influence of a recurrent, polar-connected coronal hole which has sparked G1 (Minor) geomagnetic storming today. Unsettled to active conditions, with G1 storming likely, are expected to continue through March 2.

Geomagnetic K-index of 5 (G1 – Minor geomagnetic storming) threshold was reached at 10:36 UTC on March 1, 2017. Area of impact is primarily of 60 degrees Geomagnetic Latitude.

Under G1 conditions, weak power grid fluctuations can occur, minor impact is possible on satellite operations and aurora may be visible at high latitudes.

Solar wind speeds ranging from 600 – 700 km/s are anticipated based on earlier observations from STEREO-A. 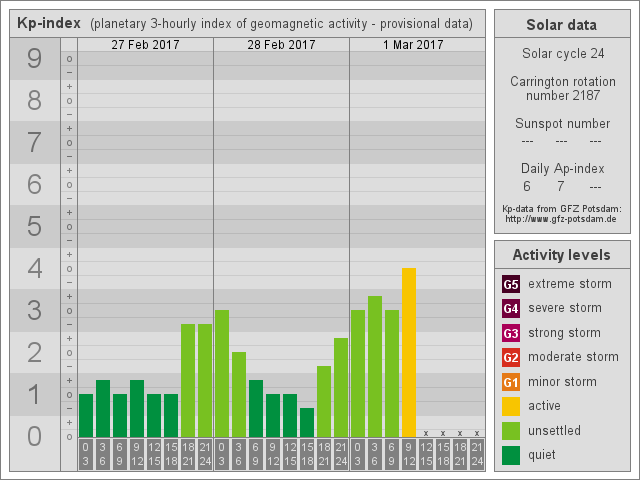 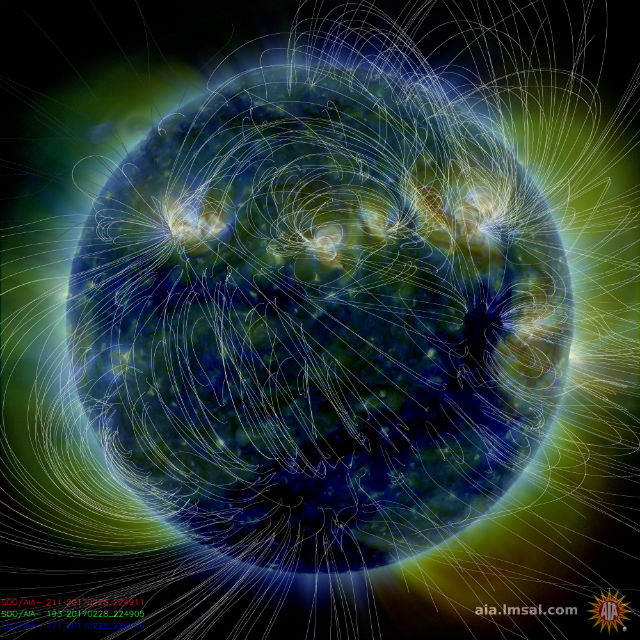 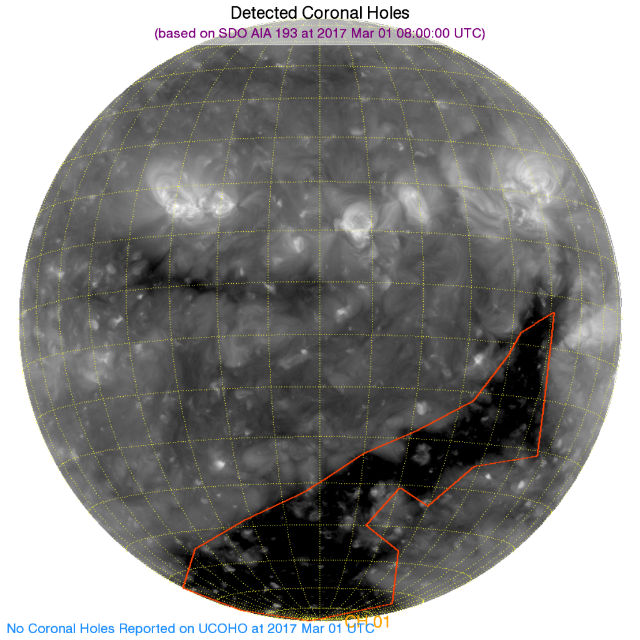