Storm "Angus" hit the UK with heavy rainfall, strong winds, and high waves on November 20, 2016. Widespread flooding was reported, and about 100 people were evacuated. France, Netherlands and Germany also reported severe weather conditions due to the deep cyclone.

59 mm (2.3 inches) of precipitation was recorded in Devon in the period between November 19 and 20, which is approximately half of the usual expected in the region for entire November, the Met Office reported.

The River Mole, North Devon burst its banks on November 20, prompting evacuations of about 100 people. The flooding waters reached more than 1 m (3.3 feet) locally, according to Devon and Cornwall Police. The town of Braunton also reported flooding and several streets were forced to close down. Homes and local business have also been affected. 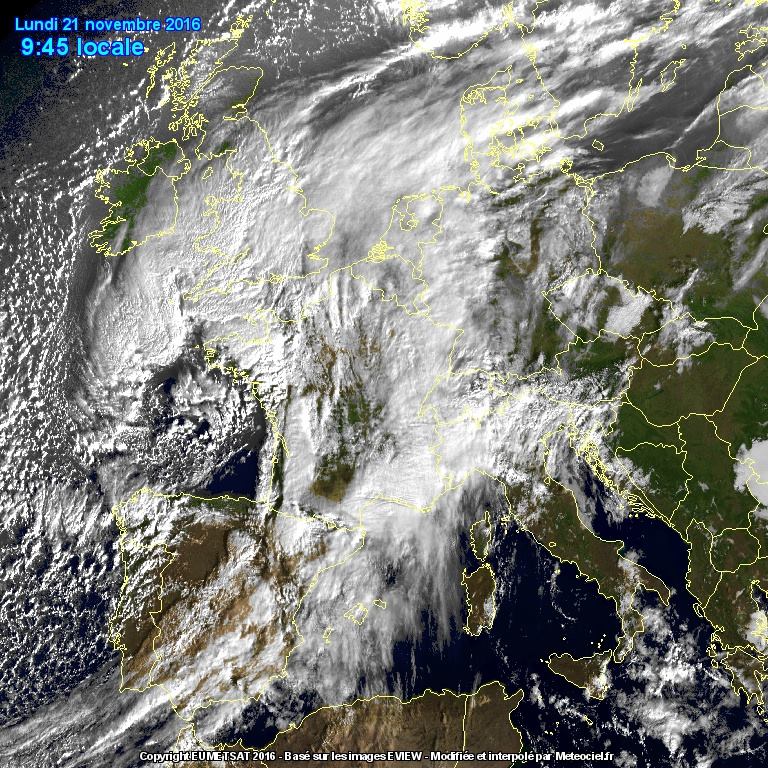 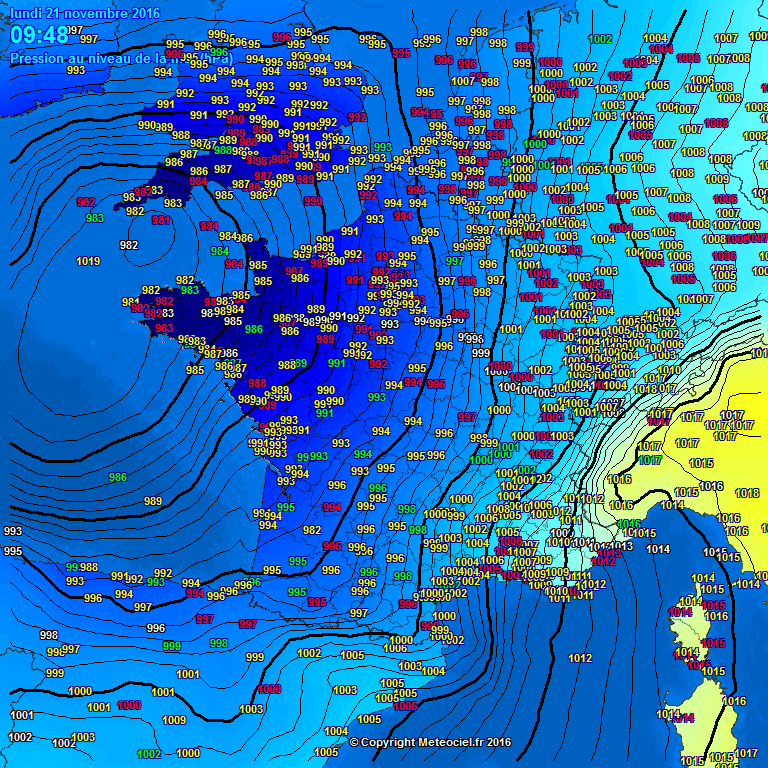 More than 1 000 homes in the southwest region reported power outages.

47 flood-related incidents were also reported in portions of the South Wales, according to the South Wales Fire and Rescue Service, and some residents of Maesteg were forced to leave their homes. 17 flood-related incidents were reported in Pencoed, 10 in Pontycymer, 8 in Bridgend, 7 in Ogmore Vale, 7 in Pontllanfraith, and 6 in Llantwit Major on November 20.

An Amber Warning, announcing further heavy rainfall was issued for Devon on November 21. About 60 mm (2.4 inches) of rain is expected in some regions. The southwest of England, portions of northeast and Wales are currently under the yellow rain alert.

The teams of the Environment Agency (EA) are monitoring rivers in Devon, the Rye and Derwent, Upper Calder and Upper Don/Dearne catchments in Yorkshire, Skinningrove and Middlesbrough Becks in the North East, and the Upper Irwell and Mersey in Greater Manchester.

“Large parts of southern England have already experienced the impacts of Storm Angus this weekend. With more heavy rain on its way, people in the north and southwest need to be prepared for the risk of flooding. Environment Agency teams have been out working through the night and we are now preparing for further flooding as rain continues over the next couple of days. People should remember not to drive through flood water and be aware travel may be disrupted. Environment Agency teams will clear blockages in rivers, continue to issue flood warnings and may operate flood gates and sea defenses,"  said Alison Baptiste, the National Flood Duty Manager at the EA.

Five flood warnings are in effect as of 09:00 on November 21 (local time), and 64 flood alerts. The Flood Warnings are in place for River Barle, in the region between Simonsbath and Brushford, including Withypool, River Clyst from Broadclyst to Clyst St. Mary, River Mole at North Molton, and in the area between South Molton and Newnham Bridge, including Alswear, and the Washford River for riverside properties between Kingsbridge and Lower Roadwater.

The storm also affected France where more than 70 000 homes were evacuated following hurricane force winds of 160 km/h (100 mph). The storm had battered western and northwestern France, leaving tens of thousands of homes without electricity in Normandy, Brittany, and Loire-Atlantique. One injury from a fallen tree was reported, as well.

According to Meteo France, such storm conditions only occur about three to four times in a year and were caused by a combination of conditions in the northeastern Atlantic and a strong airstream directed at northwestern France.

Meteoalarm issued winds warnings for several areas in Germany, with red alerts in effect for the regions of Kreis Bad Tölz-Wolfratshausen, Kreis Garmisch-Partenkirchen, and Krais Ostallgäu. The storm, locally named Nanette, caused some damage, and brought down several trees, but no fatal accidents or injuries were, luckily, reported.