At 03:00 UTC on April 23, Amos' maximum sustained winds, as measured by JTWC, were 167 km/h (103 mph). Wind gusts were reaching 203 km/h (126 mph). This made Amos equivalent to a Category 2 (upper edge) hurricane on the Saffir-Simpson Hurricane Wind Scale. Amos is still intensifying and is expected to become a major hurricane in a couple of hours.

At the time, the system was expected to pass over Upolu Island, Samoa. However, by 09:00 UTC, Amos has accelerated east-southeastward under the steering influence of a near-equatorial ridge to the north and east.

This recent change in storm motion has resulted in a significant eastward shift in the anticipated track, which now takes the system over Tutuila, American Samoa within the next 24 hours. 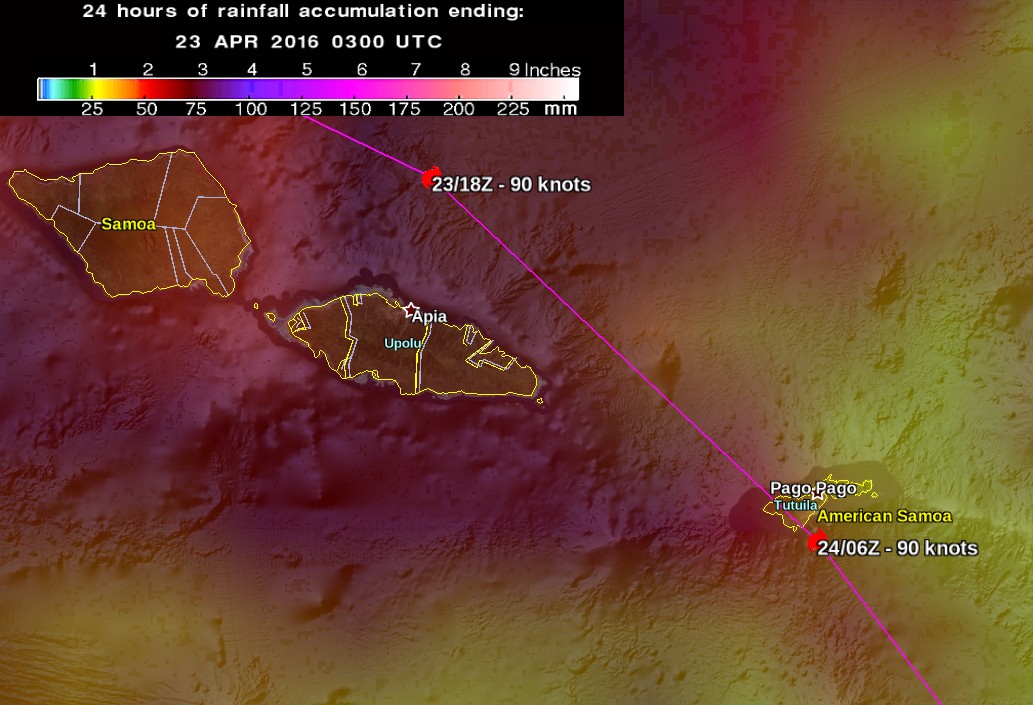 Tropical Cyclone "Amos" – JTWC's forecast track at 09:00 UTC on April 23, 2016, with 24 hours of rainfall accumulation as measured by NASA/JAXA GPM 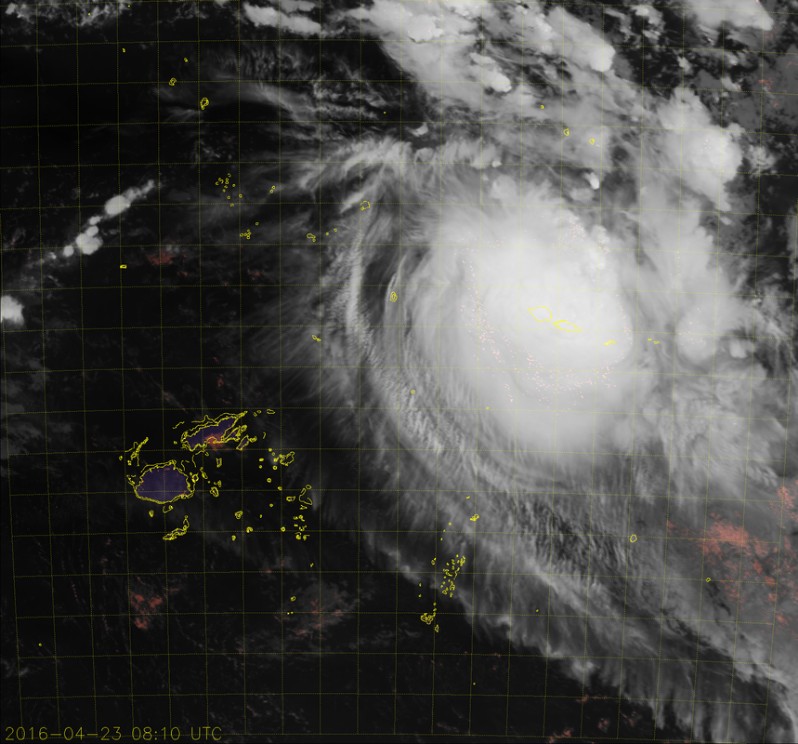 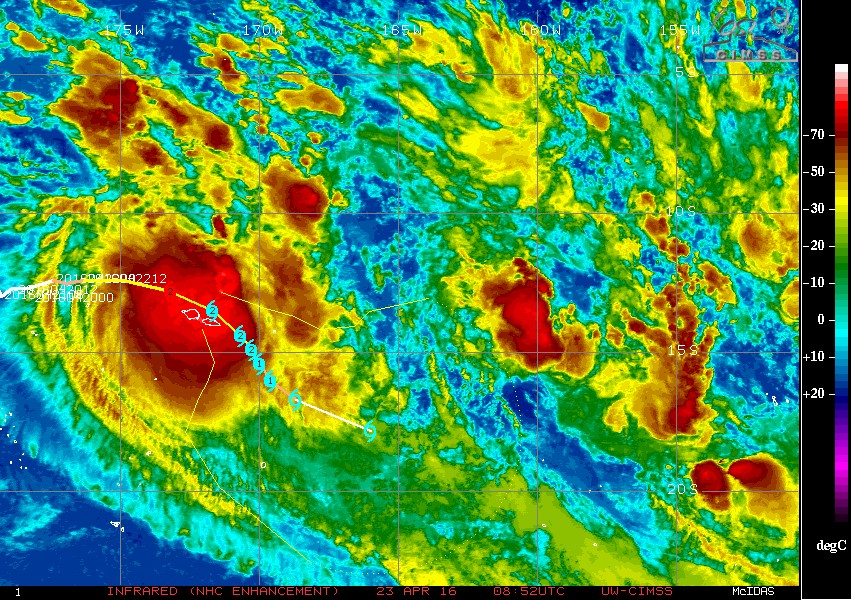 Coastal inundation of prone communities is possible. All residents living on prone shorelines can expect some water incursion into their homes. Those in typically flood prone areas may have a foot or two of water in their homes, causing minor damage. Shoreline roads may briefly close with up to two feet of water across, except those in flood prone areas which could have upwards of 4 to 5 feet of water across them. Moderate beach erosion is possible, becoming likely if conditions extend through multiple high tide cycles.

Conditions will be worsened by battering waves. Such waves will increase the likelihood of property damage, especially to structures on or very near the shoreline.

Hazardous surfs generated by Amos will impact southwest through the north facing shores of all islands of American Samoa.

The Samoa meteorology service says the impact of tropical cyclone Amos was not as powerful as earlier feared. Instead of a southeast path, Amos more or less continued on an easterly path and fortunately the wind strength was not as severe.

There was, however, a lot of flooding across the country but most of the impact is mainly from the high surf due to swells and rainfall. Some says roads have been flooded and in some cases washed away. The damage is being assessed.

NWS Pago Pago, American Samoa said Flash Flood Watch remains in effect. "The system is now moving towards Manu'a and they expect the winds to pick up there throughout today, and then they will see where the system will move from there."

Officials have advised people to be careful and remain indoors. (RNZ)