An international team of researchers led by the University of Leicester have identified a number of giant super-eruptions around the Snake River Plain in the United States between 8 and 12 million years ago. The 12 recorded giant eruptions were likely 'significantly larger' than research has previously suggested.

Using a multi-technique approach, including whole-rock and mineral chemistries, palaeomagnetic data, and radio-isotopic dates, the team has been able to 'fingerprint' individual eruption deposits and correlate these over vast regions (e.g., 1000's km2).

In establishing widespread correlations, the team drastically reduced the number of eruptions previously thought to have originated from the central Snake River Plain by more than half. 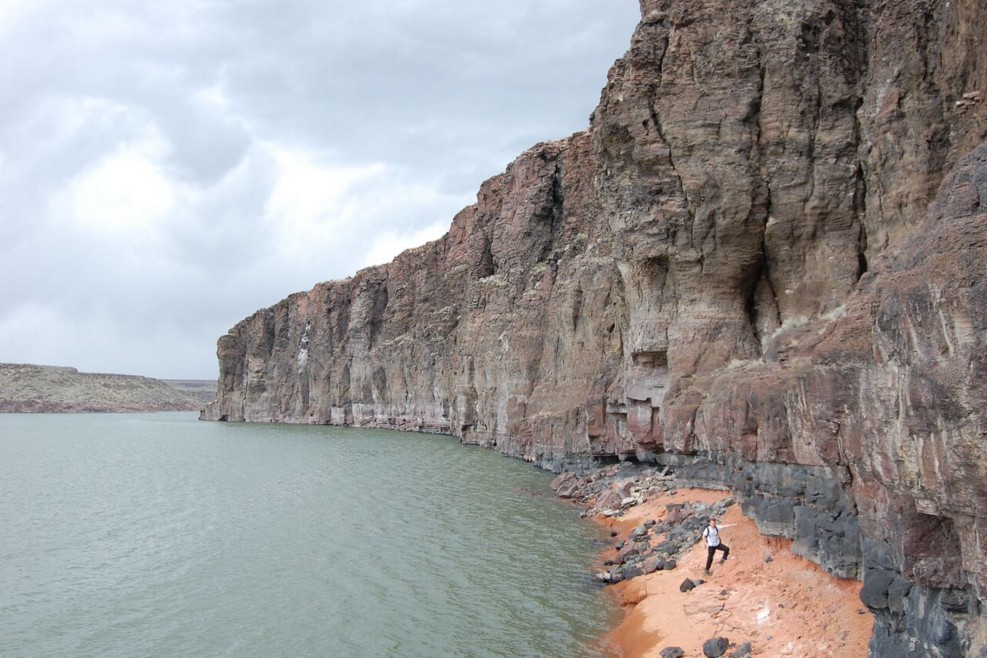 Dr Tom Knott at the base of a typical thick Snake River-type ignimbrite >40 m-thick. The entire cliff would have been deposited very quickly from a fast-moving current of hot gas and ash (a pyroclastic density current), and the extreme temperatures (900-1000°C) caused the ash to weld to the ground and effectively enamelled the area in dense volcanic glass. Note how the ancient top soil has been baked to orange terracotta in response to the intense heat. Photo taken by Marc Reichow, University of Leicester.

The researchers have reported that one of the super-eruptions from the Yellowstone hotspot-track, defined as the Castleford Crossing eruption, occurred about 8.1 million years ago and estimate the eruption volume to have exceeded 1 900 km3. The single volcanic sheet covers an area over 14 000 km2 in southern Idaho and is more than 1.3 km thick in the caldera of the super-volcano.

This is just one of 12 giant eruptions reported from the area by the Leicester team, who show that intense hotspot magmatism caused major crustal subsidence, forming the 100 km-wide Snake River Basin. The team also demonstrates that these eruptions were in fact significantly larger than previously thought and may rival those better known at Yellowstone. 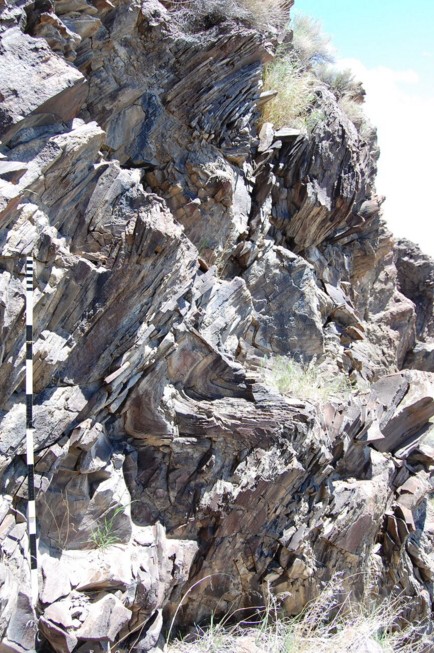 Rheomorphic folding within a Snake River ignimbrite. When the hot glass welds to the ground it behaves as an incredibly hot vicious fluid (almost lava-like) that allows a degree of flow within the deposit generating folds. This is indicative of these types of deposits and is in response to their fascinating extreme temperatures Photo taken by Marc Reichow, University of Leicester.

"While it is well-know that Yellowstone has erupted catastrophically in recent times perhaps less widely appreciated is that these were just the latest in a protracted history of numerous catastrophic super-eruptions that have burned a track along the Snake River eastwards from Oregon to Yellowstone from 16 Ma to present."

"The size and magnitude of this newly defined eruption is as large, if not larger than better-known eruptions at Yellowstone, and it is just the first in an emerging record of newly discovered super-eruptions during a period of intense magmatic activity between 8 and 12 million years ago," said Dr Tom Knott from the University of Leicester. 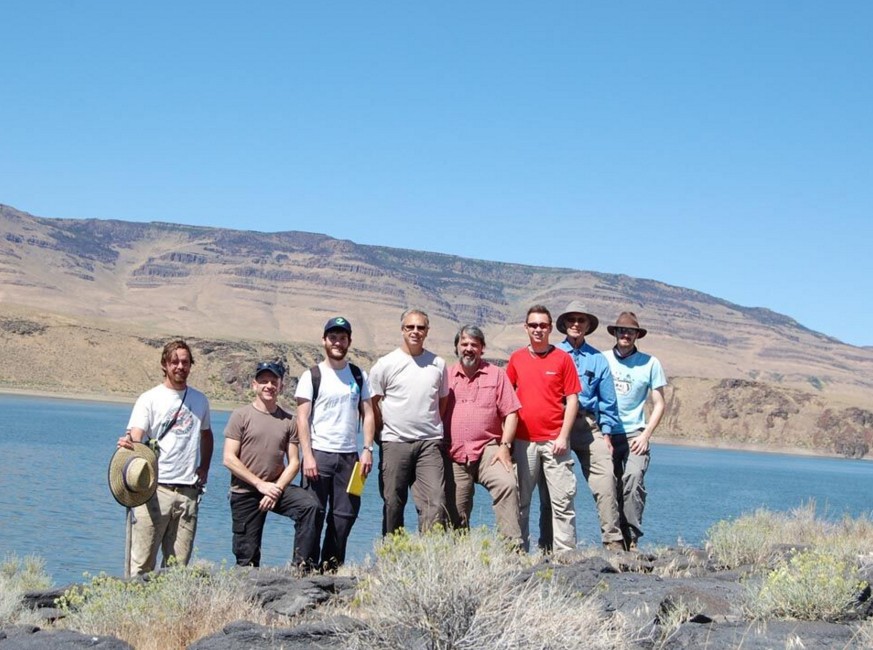