Astronomers were watching comet Pan-STARRS (P/2016 BA14) on March 22 as it made the third closest-ever comet flyby of Earth in recorded history. At the time of its closest approach, the comet was about 3.6 million km (2.2 million miles) away from the surface of our planet. The last time that any comet came closer to Earth than P/2016 BA14 was Lexell’s comet that flew by the Earth at a distance of 2.2 million kilometers (1.4 million miles) on July 1, 1770.

Scientists using the Goldstone Solar System Radar in California's Mojave desert said that radar images indicate the comet is about 1 km (3 000 feet) in diameter. "We were able to obtain very detailed radar images of the comet nucleus over three nights around the time of closest approach," said Shantanu Naidu, a postdoctoral researcher at NASA's JPL, who works with the radar team and led the observations during the comet's flyby. "We can see surface features as small as 8 meters per pixel. 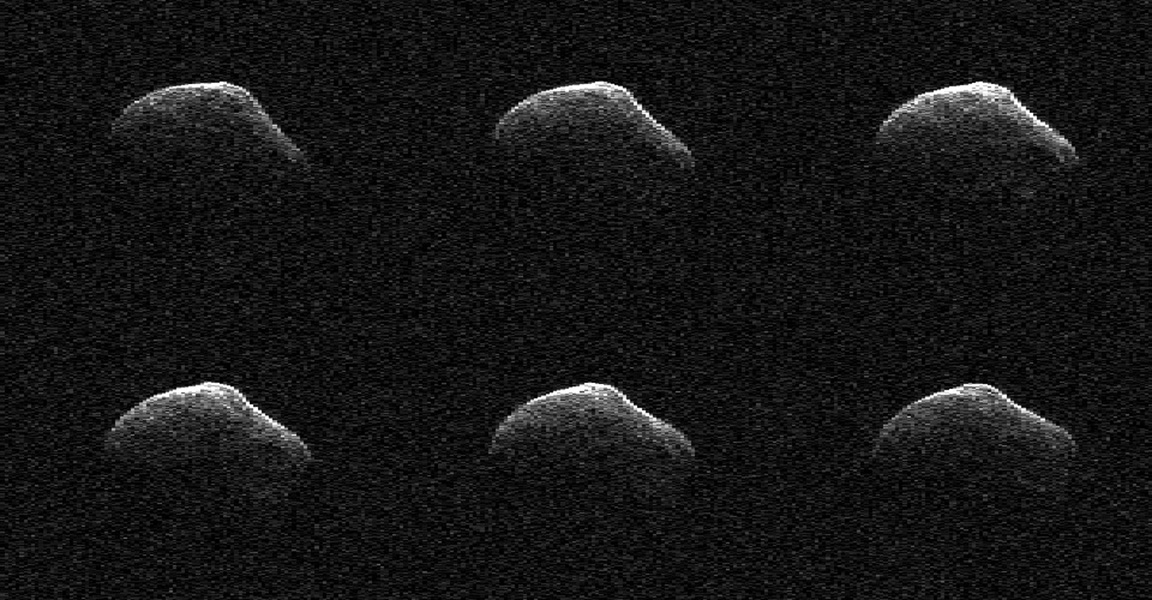 "The radar images show that the comet has an irregular shape: looks like a brick on one side and a pear on the other," Naidu said. "We can see quite a few signatures related to topographic features such as large flat regions, small concavities and ridges on the surface of the nucleus."

According to the new radar observations, comet P/2016 BA14 appears to spin around its axis once every 35 to 40 hours.

Vishnu Reddy, of the Planetary Science Institute (PSI), Tucson, Arizona, also observed comet P/2016 BA14. He was using the NASA Infrared Telescope Facility (IRTF) on Mauna Kea, Hawaii. Data collected (infrared spectra) indicate that the comet reflects less than 3 percent of the sunlight that falls on its surface. Comet nuclei are as dark as fresh asphalt. However, infrared spectra can often yield clues to the makeup of these primitive denizens of the solar system.

“We measured the spectral and thermal properties of the comet and found that the comet reflects between 2-3 percent of the sunlight that falls on it,” said Reddy. “This is typical for comets,” Reddy added. Based on its reflective properties, Reddy estimates the size of the comet to be between 600 meters and 1.2 kilometers  (0.4 miles and 0.75 miles) in diameter.

Comet Pan-STARRS was originally discovered as an asteroid and later found to have cometary properties when astronomers realized its orbit is similar to another short period comet 252P/LINEAR, which also made a close flyby of the Earth at 3.3 million km (5.3 million kilometers) on March 21.

"It is an extremely rare opportunity to be able to study a pair of comets with historically close flybys.  Measuring the physical properties of both comets will help us understand the evolution of comets in general," said Jian-Yang Li, Senior Scientist at PSI. Li was observing 252P/LINEAR with the Hubble Space Telescope during its close encounter.