Heavy rains have triggered flooding across several states in Malaysia, forcing almost 3 000 people to evacuate since December 11, 2015, according to the Malaysia's National Disaster Management Agency (NDMA). 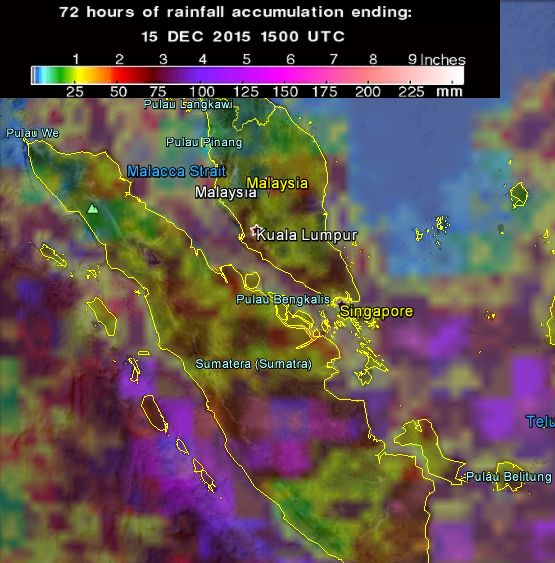 The states of Selangor, Johor, Melaka and Perak have reported ongoing flooding conditions while a flash flood hit Penang state on the night from December 14 to 15, and minor floods affected parts of Negeri Sembilan. So far, no deaths or injured have been reported.

A spell of rainfall caused the rivers in Selangor to overflow their banks on December 14, forcing 839 people to leave their homes and seek refuge in relief centers.

3 villages were immersed in flooding waters in Johor state and 50 people were evacuated on December 14, while the floods in Malacca forced 1 500 people to leave their homes on December 12. Two villages in Penang reported 21 evacuations on the night of December 14 to 15.

The state of Negeri Sembilan reported 2 villages have been affected by the heavy rainfall on December 13.