The strongest storm in the last 18 years swept the Paraguay capital on December 4, 2015. Although powerful storm systems are not uncommon across Paraguay, the latest one severely affected a large part of the densely populated area, thus gaining on importance. 2 people were reported dead so far and parts of the capital suffered extensive damage.

The storm system bringing heavy rainfalls and strong winds was the most destructive one over the last 18 years, according to Julian Baez, director of the Directorate of Meteorology. 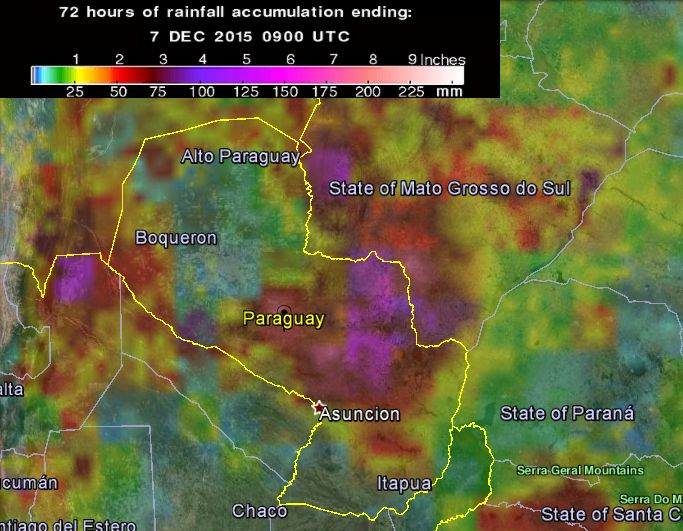 The storm began in the early hours (local time) of December 4 and brought 90 mm (3.5 inches) of rainfall in only 2 hours while recorded wind speeds measured about 161 km/h (100 mph). 18 landslides requiring intervention have been reported, according to the Volunteer Fire while 38 rescue service were on the field due to 80 uprooted trees, crashing down across the area.

2 people were reported dead in the storm related incidents, a young teenager, and a baby, according to the local media. Numerous road sections were completely destroyed by raging flood waters and an entire asphalt layer in section between San Antonio to Villa Elisa was swallowed by an overflowing stream.

300 000 people have been cutoff the power supplies, according to the National Electricity Administration (ANDE) which directly affected the drinking water in the area.

Numerous routes and roads across sustained severe damage prompting the Ministry of Public Works and Communications declared an emergency road for 180 days across the eastern region.

In the extended forecast outlook, heavy rainfalls could return to the country on December 9.