A storm system passing over Japan on November 26, 2015, brought the first significant winter storm of the season. At the same time, a cold air mass is getting settled over parts of northeastern Asia.

A spell of rain and low temperature conditions has been expected in lower parts of Tokyo during the day, while higher parts were in for a snowy day. Beijing and Seoul were set to experience freezing weather conditions which are approaching Shangai, as well, according to meteorologists from WestPacWx. 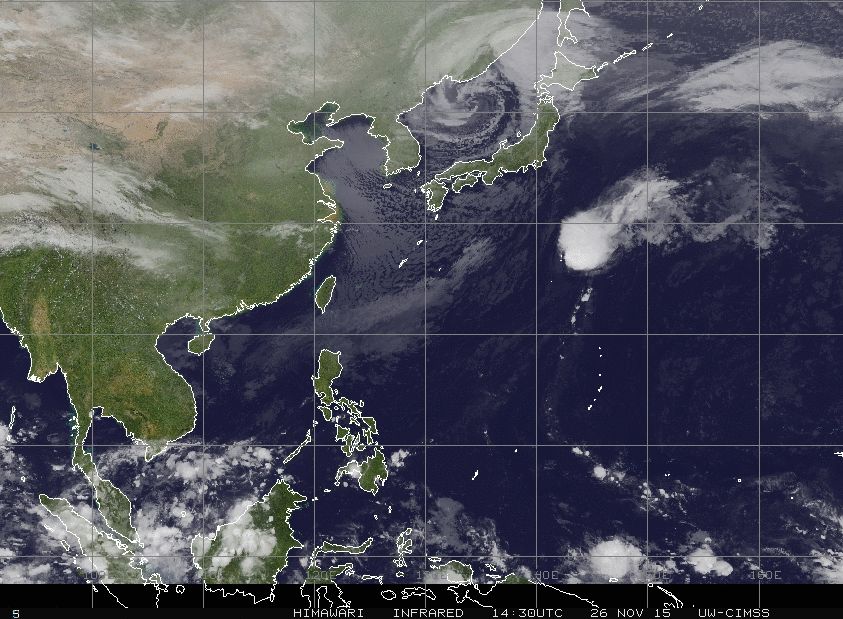 Synoptical situation over Japan and parts of China, North and South Korea, Taiwan and the Philippines. Image credit: UW-CIMSS 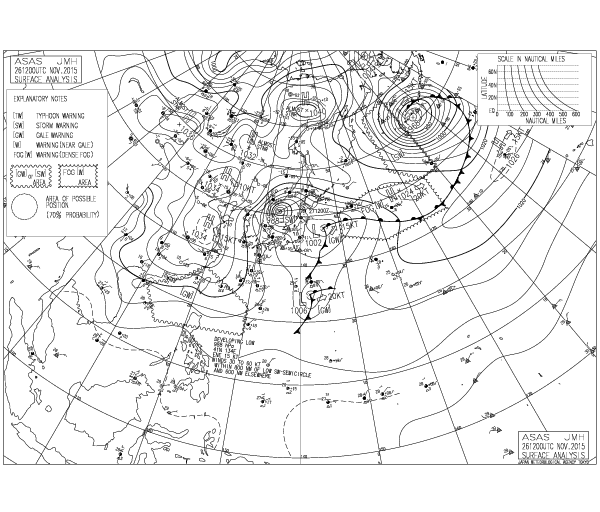 The pressure field over Japan and parts of China, North and South Korea, Taiwan and the Philippines, November 26, 2015, 12:00 UTC. Image credit: JMA

Very cold conditions prevailed across Tokyo during the night (local time) of November 25, as temperatures fell to 7.5 °C (45.5 °F), which is the lowest since April 2015.

The storm is expected to bring up to 80 cm (2.6 feet) of snowfall to portions of the western coast of Japan and Hokkaido. Strong winds with speeds of 126 km/h (78.3 mph) are forecast for Hokkaido, will Hokoriku is expected to see winds up to 108 km/h (67 mph). Japan Meteorological Agency (JMA) has issued high wind warnings for the islands.

Parts of southeastern China and northern Vietnam have finally got some relief from the heat, as the cold air pushed in, meteorologist Robert Speta reported. A minimum temperature on November 26 recorded in Taipei was 12 °C (53.6 °F) while 16 °C (60.8 °F) was reported in Hong Kong and Hanoi.