A mysterious, long-lasting light was observed over the skies of California and Nevada, US around 18:00 PST on Saturday, November 7, 2015 (02:00 UTC on November 8). The light reportedly moved from south to north over a period of five minutes or more.

A short time later, the Navy released a statement confirming the light was a missile test flight adding it was not announced in advance because it was considered classified.

People have been freaking out about this 'UFO' over LA https://t.co/9NalbVH1eS pic.twitter.com/6GFGtiHLWs

According to The San Diego Union-Tribune, the US Navy spokesman said that Navy Strategic Systems Programs conducted the scheduled Trident II (D5) missile test flight at sea from the USS Kentucky, an Ohio-class ballistic missile submarine, in the Pacific Test Range off the coast of Southern California.

It’s not clear if the test has anything to do with flight restrictions issued for Los Angeles International Airport for the coming week, but the Federal Aviation Administration (FAA) has indicated that military airspace over that patch of ocean was activated beginning on Friday night (November 6) and continuing through Thursday night (November 12).

The FAA and the military did not disclose the nature of the activities taking place near the second-busiest US airport, Reuters reports. 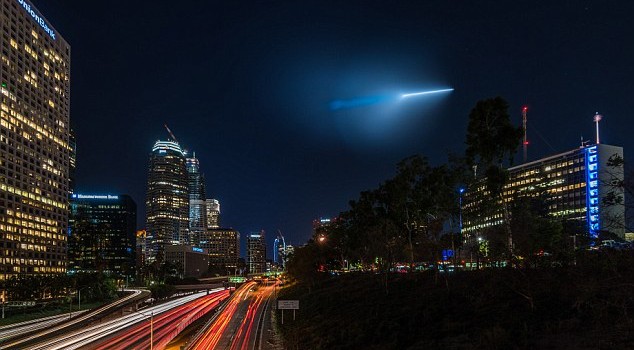