A series of earthquakes has been recorded along the Indonesian island of Sumatra on November 8, 2015 prompting fears of possible tsunamis in the region. The strongest so far measured M6.4 on the Richter scale as registered by the USGS.

The second, measuring M6.1 (USGS), hit at 09:34 UTC about 82 km (51 miles) SSW of Padangsidempuan at a depth of 75.1 km (46.6 miles). Based on earthquake information and historic tsunami records it was not sufficient to generate a tsunami, PTWC said.

Singapore’s National Environment Agency (NEA) has put the quake's magnitude at 6.5, warning about possible tsunamis in the region. 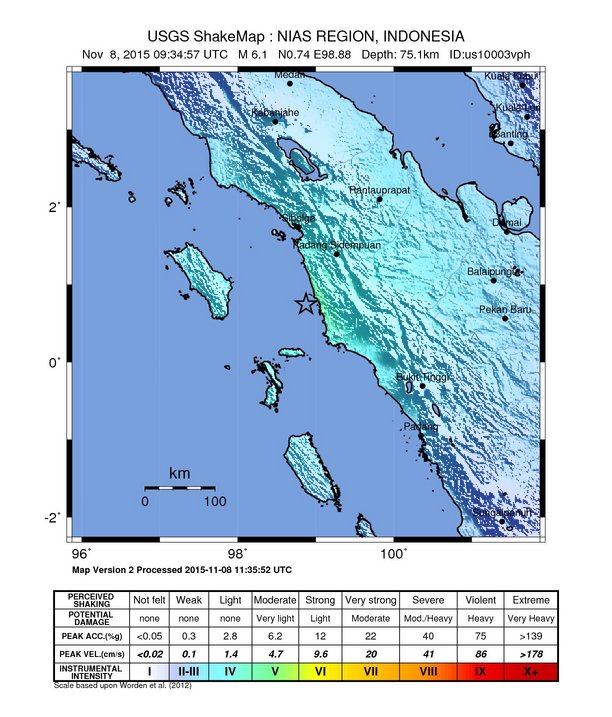 USGS issued green alert for shaking-related fatalities and economic losses, estimating a low likelihood of casualties and damage. Overall, the population in this region (about 863 562 people within 100 km (62 miles) radius) resides in structures that are vulnerable to earthquake shaking, though some resistant structures exist.

Over the next couple of hours, 11 more moderately strong earthquakes were recorded off the northern coast of Sumatra, the source of December 26, 2004 ~M9.2 earthquake and subsequent devastating tsunami which claimed lives of between 230 000 and 280 000 people.

With a magnitude of Mw 9.1 – 9.3, this was the third-largest earthquake ever recorded on a seismograph. It had the longest duration of faulting ever observed, between 8.3 and 10 minutes and caused the entire planet to vibrate as much as 1 centimetre (0.4 inches). 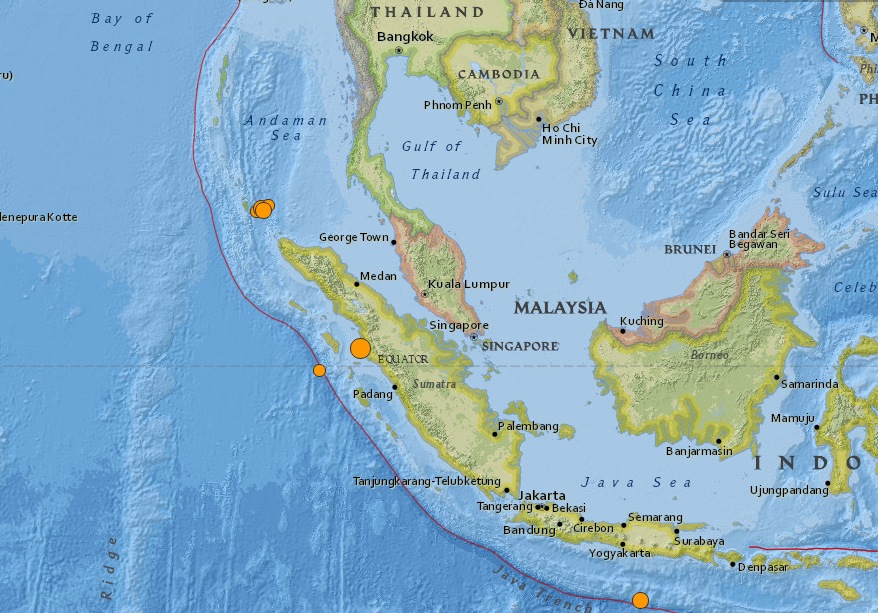 Earthquakes off the coast of Sumatra, Indonesia on November 8, 2015. Image credit: USGS