Severe rainstorms continue to batter western India, causing floods and damage across the states of Gujarat, Rajasthan and Madhya Pradesh.

2 000 villages were affected in the Gujarat state, 12 villages have been flooded in the Jalore district, while 53 helicopter rescue operations have been performed in the area.

At least 26 dead in flash floods in western India http://t.co/iauRYL1IZn

At least 26 people have been reported dead in the last 48 hours, according to local authorities. Severe rainstorms accompanied with strong winds have also cut off the power supplies and communications across the north of Gujarat state.

World Meteorological Organization (WMO) reports around 164 mm (6 inches) of rain in a 24 hour period in Bhuj on Tuesday, July 28, while more than 400 mm (16 inches) of rainfall was reported in the last 7 days across the other states of western India. 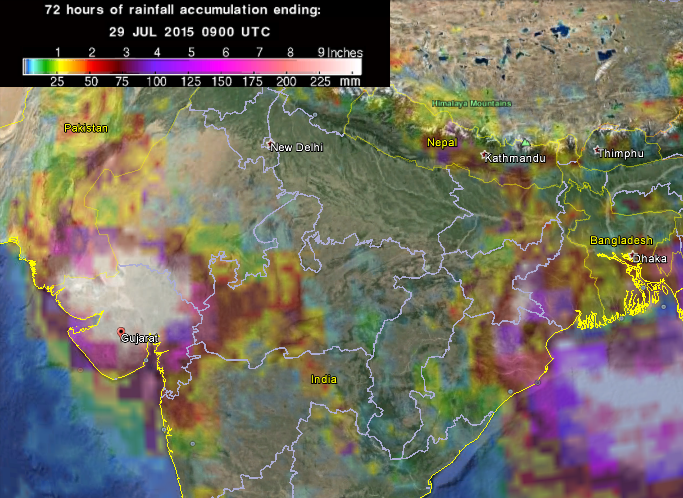 Flooding has also been reported across 6 districts of Madhya Pradesh, where 2 people were reported dead since Wednesday, July 24. 4 flood related deaths have been reported in the state of Rajasthan, as well, Floodlist informs.

More heavy rainstorms are expected to affect western India over the next 48 hours, according to the Indian weather bureau.