NASA made an announcement on July 23, 2015 of it's Kepler space telescope spotting the most Earth-like alien planet yet discovered – a world called Kepler-452b that's just slightly bigger than our own and orbits a sun-like star named Kepler-452 at about the same distance Earth circles the Sun.

Planet Kepler-452b is 1 400 light years away from our Solar System. The planet is 60 percent larger in diameter than Earth and it takes it 385 days to orbit its star. Though not yet determined, previous studies suggest that the planet being of this size has more chance of being rocky. 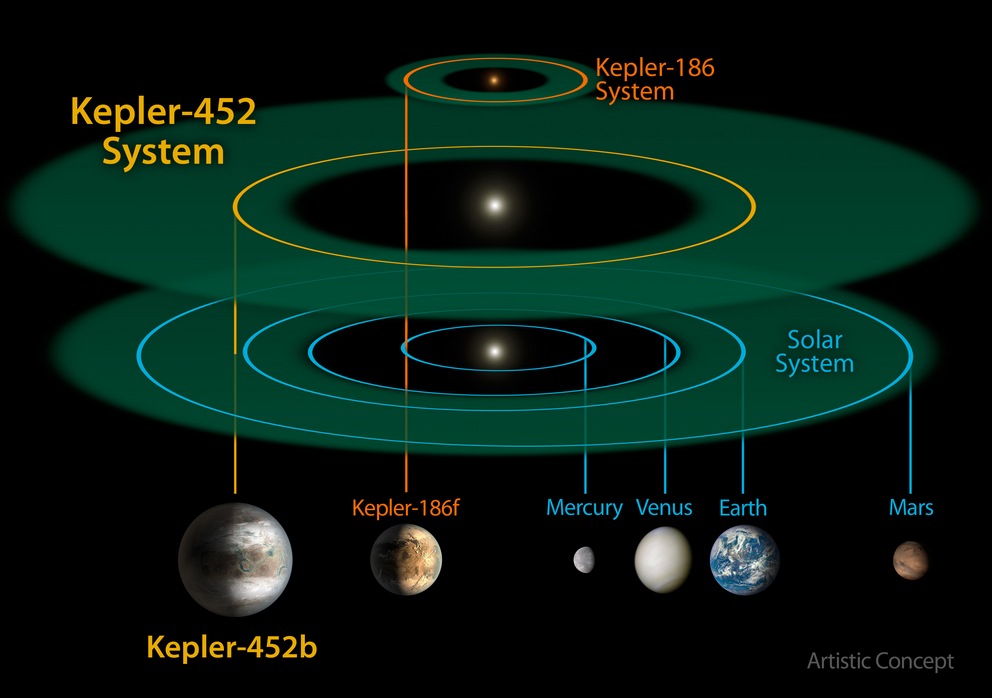 This size and scale of the Kepler-452 system compared alongside the Kepler-186 system and the solar system. Kepler-186 is a miniature solar system that would fit entirely inside the orbit of Mercury. Credits: NASA/JPL-CalTech/R. Hurt.

Kepler-452b could have active volcanoes, oceans, sunshine like ours and twice as much gravity. "It would feel a lot like home, from the standpoint of the sunshine that you would experience," said Jon Jenkins, Kepler data analysis lead at NASA’s Ames Research Center in Moffett Field, California, who led the team that discovered Kepler-452b. 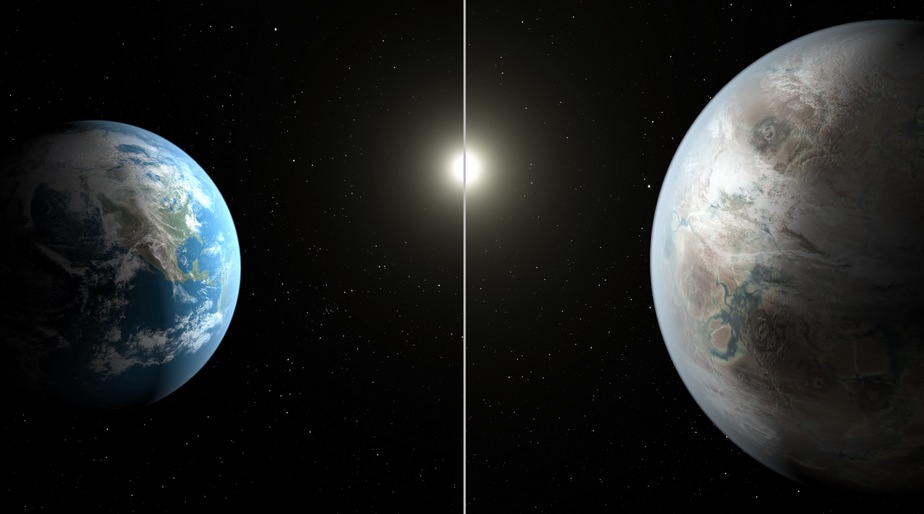 This artist's concept compares Earth (left) to the new planet, called Kepler-452b, which is about 60 percent larger in diameter. Credits: NASA/JPL-Caltech/T. Pyle.

With Kepler-452b, we now have a total of 1 030 confirmed planets. On the same day the announcement came in, NASA released the latest catalog of exoplanet candidates, adding 521 new possible planets to the 4 175 already found by the space-based telescope.

The catalog includes 12 candidates that are less than twice the diameter of Earth and which are orbiting in the habitable zones of their stars. Among them, Kepler-452b is the first to be confirmed as a planet. 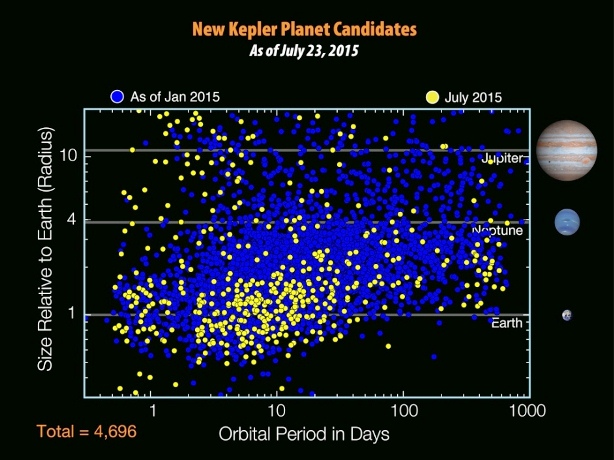 NASA sees the introduction of the new 12 planets as a milestone in the journey to finding another “Earth.” The Kepler mission launched in 2009 to search for exoplanets, which are planets outside our Solar System, particularly those about the size of Earth or smaller. Scientists now are producing the last catalog based on the original Kepler mission’s four-year (up to 2013) data set. The final analysis will be conducted using sophisticated software that is increasingly sensitive to the tiny telltale signatures of Earth-size planets.

To help confirm the finding and better determine the properties of the Kepler-452 system, the team conducted ground-based observations at the University of Texas at Austin's McDonald Observatory, the Fred Lawrence Whipple Observatory on Mt. Hopkins, Arizona, and the W. M. Keck Observatory atop Mauna Kea in Hawaii. These measurements were key for the researchers to confirm the planetary nature of Kepler-452b, to refine the size and brightness of its host star and to better pin down the size of the planet and its orbit.

Featured image: This artist's concept depicts one possible appearance of the planet Kepler-452b, the first near-Earth-size world to be found in the habitable zone of star that is similar to our sun. Credits: NASA/JPL-Caltech/T. Pyle.