A new tropical depression, FIVE-E, formed south of Mexico on Saturday, July 11, 2015 and strengthened into a tropical storm named Dolores on Sunday, July 12, 2015.

Strengthening is forecast during the next 48 hours, and Dolores is expected to become a hurricane later today. 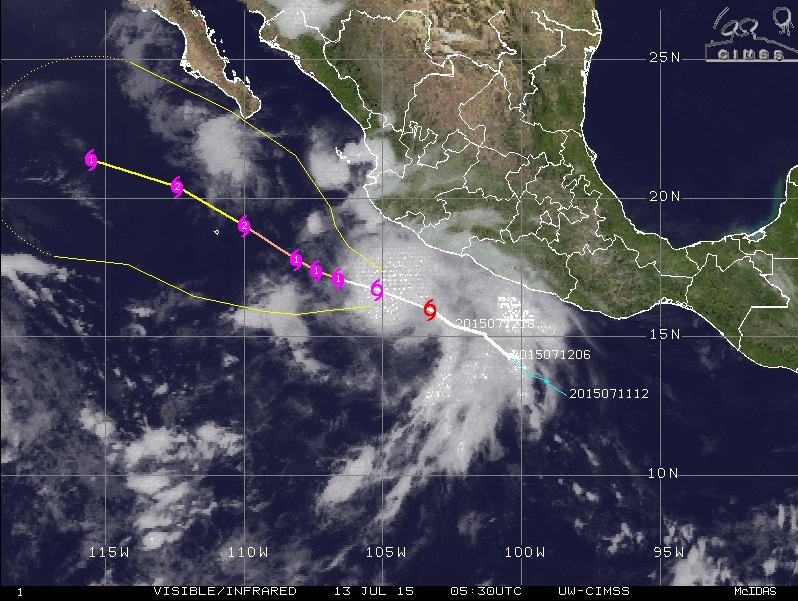 Tropical-storm-force winds extend outward up to 220 km (140 miles) from the center.

The outer rain bands of Dolores are expected to produce total rain accumulations of 5 to 10 cm (2 to 4 inches) along the southwestern coast of Mexico from the state of Oaxaca to Nayarit, with possible isolated maximum amounts of 18 cm (7 inches) through Wednesday, July 15.

Swells generated by Dolores are expected to affect the southern and southwestern coasts of Mexico during the next few days, and could cause life-threatening surf and rip current conditions. 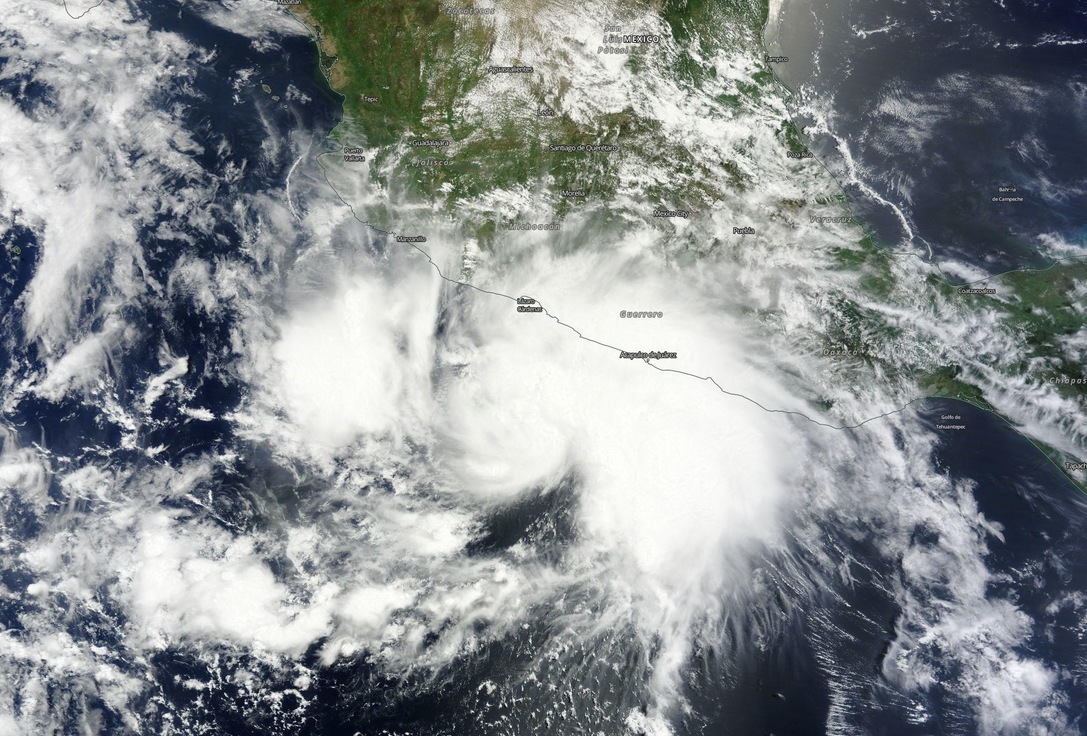