Another large snowstorm was affecting New England, US on February 9, 2015 dropping more snow on the region and breaking records.

Image below shows a blanket of clouds over the US northeast that stretched down to the Mid-Atlantic where there was no snow on the ground in Washington, D.C. 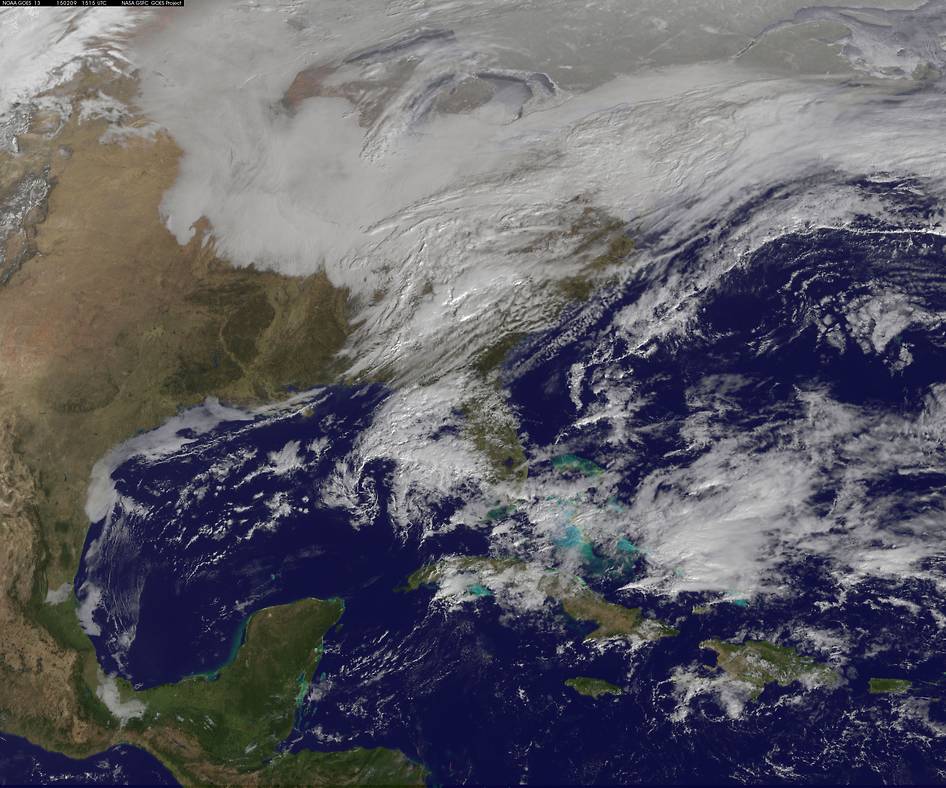 NOAA's National Weather Service Weather Prediction Center provided a look at the extent of the storm system and noted "Heavy snow will impact portions of New York State and New England as the new week begins. Freezing rain will spread from western Pennsylvania to Long Island, with rain for the mid-Atlantic states."

The low pressure area bringing the snow to the northeast was located in central Pennsylvania.