Typhoon "Higos", which started organizing late last week, continues to strengthen over open waters of Northwestern Pacific Ocean. The system is now located about 1 200 km (760 miles) east of Guam and is moving to the WNW at 7.4 km/h (4.6 mph). 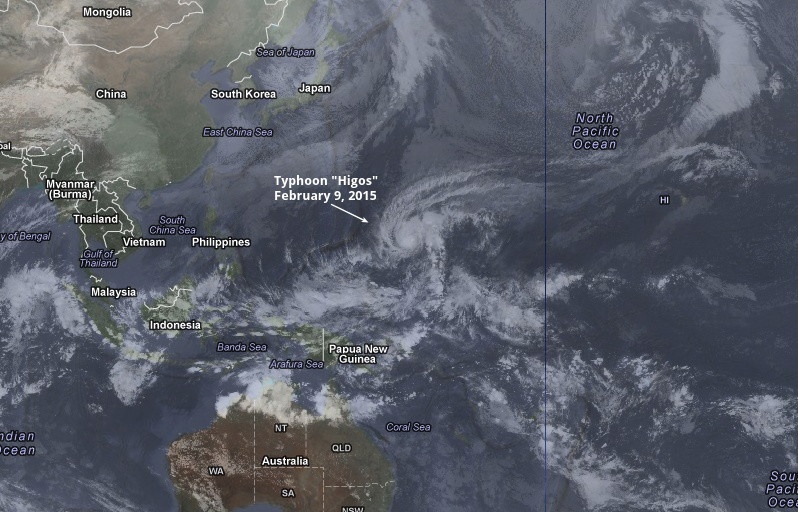 Higos is expected to further intensify during the next 24 hours, but is not expected to have any direct impact on land areas. The NWS in Guam has issued high surf advisories for eastern and north eastern facing coastlines where up to 3 meter high waves can be expected through Tuesday.

By Thursday morning (February 12), Higos is forecasted to be a dissipating tropical depression about 700 km (440 miles) ENE of Saipan. 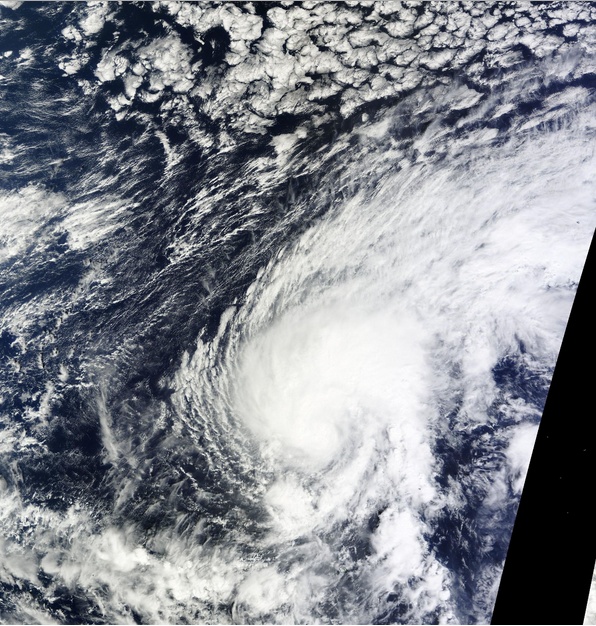 Infrared image captured by the VIIRS instrument aboard the Suomi NPP satellite at 14:51 UTC yesterday showed some very high, powerful thunderstorms with cold cloud top temperatures (yellow) around the center of circulation. 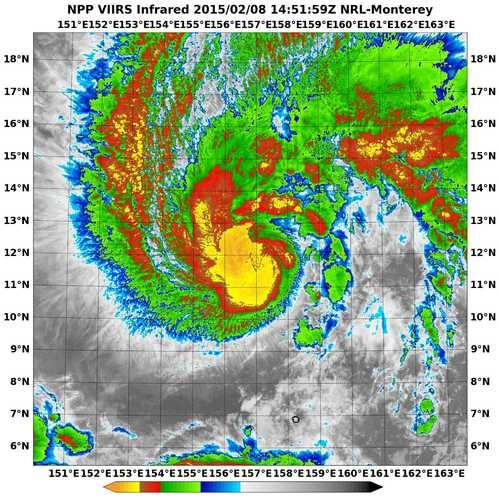