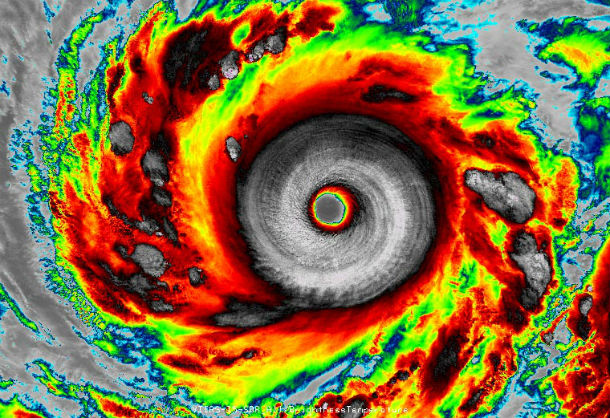 Vongfong is the fifth super typhoon of 2014. It is also the strongest tropical cyclone after destructive Super Typhoon "Haiyan", which killed over 6 000 people in Philippines in November 2013 with maximum sustained winds of 315 km/h (195 mph). It is estimated that between 2000 – 2013, Earth averaged five Category 5 storms per year, with 51% of these occurring in the Western Pacific. 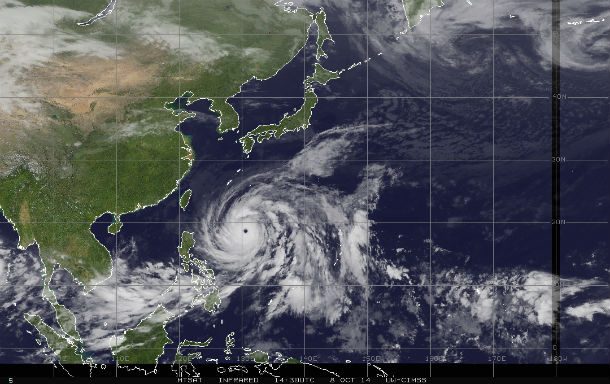 According to public advisory issued by Joint Typhoon Warning Center (JTWC) at 15:00 UTC on October 8, 2014, the center of Super Typhoon "Vongfong" was located approximately 510 nm south-southeast of Kadena AB, and was moving northwestward at speed of 13 km/h (8 mph). Maximum sustained wind is assessed at 270 km/h (168 mph) with gusts up to 325 km/h (202 mph). 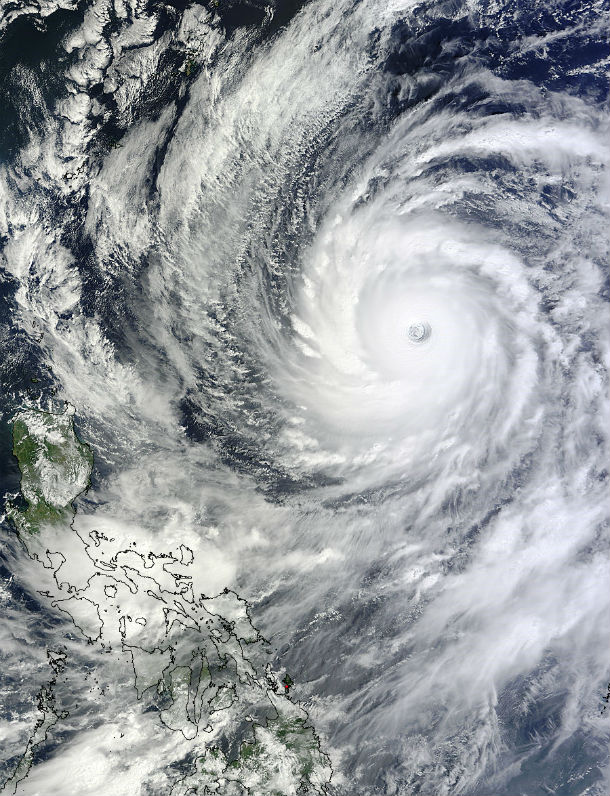 Cooler waters and higher wind shear will weaken the system by October 10, as the typhoon approaches Japan. Vongfong is predicted to make landfall somewhere on the main island of Kyushu around October 10/11, 2014. After that, Vongfong is forecast to re-curve northeastward as it begins to interact with the midlatitude westerlies and begin extra- tropical transition. 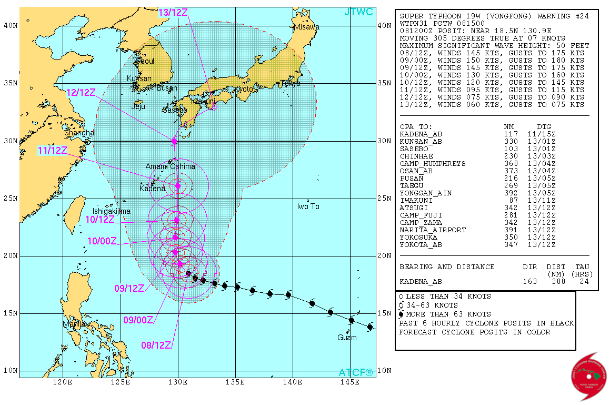 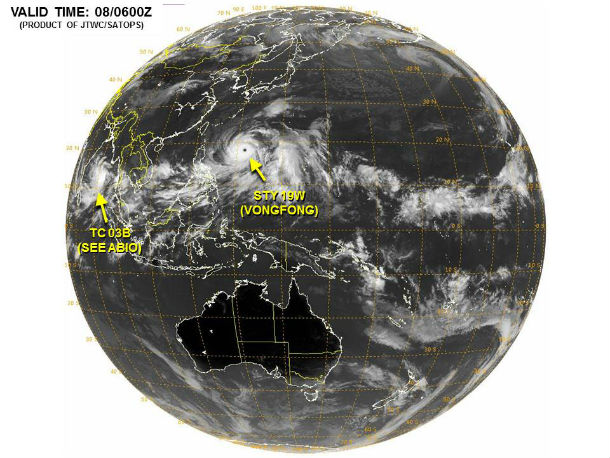