There are currently two Coronal Mass Ejections (CMEs) heading toward our planet and their combined arrival is expected to spark severe geomagnetic storms.

CME from yesterday's full halo X-class solar flare is closely following and is expected to arrive later in the day pushing conditions to the severe storm level (G3 – Strong) by the beginning of Saturday, September 13.

Storming is expected to continue into September 14th although not that strong. Keep in mind that all times are in Coordinated Universal Time – UTC, also known as GMT and Zulu Time. 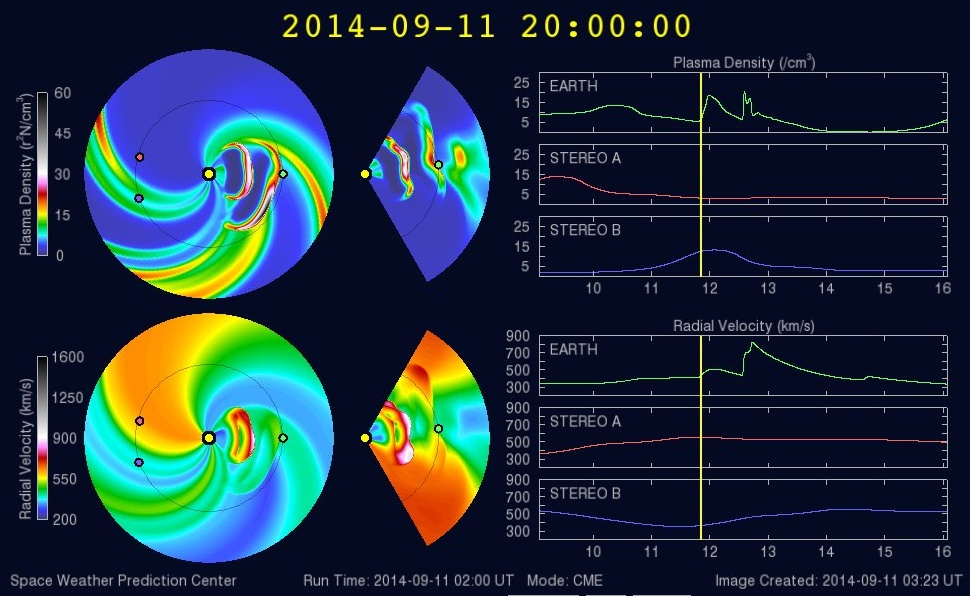 It is rarely mentioned that some studies suggest geomagnetic storming can also have human biological effects. Just in case you are not familiar with that here is an excerpt from our article published on July 14, 2012:

"According to a study published in the New Scientist back in 1998, there is a direct connection between the Sun's solar storms and human biological effects.

Solar storms can drive our emotions and maximize it to both good and bad side – the point here is to be aware of it.

We are physically, mentally, and emotionally altered by electromagnetic charges from the Sun, our body can feel sleepy but also become highly energized."

Some scientists and researchers believe solar flares and CMEs can influence Earth's tectonic plates which then respond with a release of this extra energy in the form of stronger earthquakes.

Personally, what I like the most is their visual manifestation and I'm looking forward to another set of mesmerizing aurora images, especially those from the ISS like the one below. 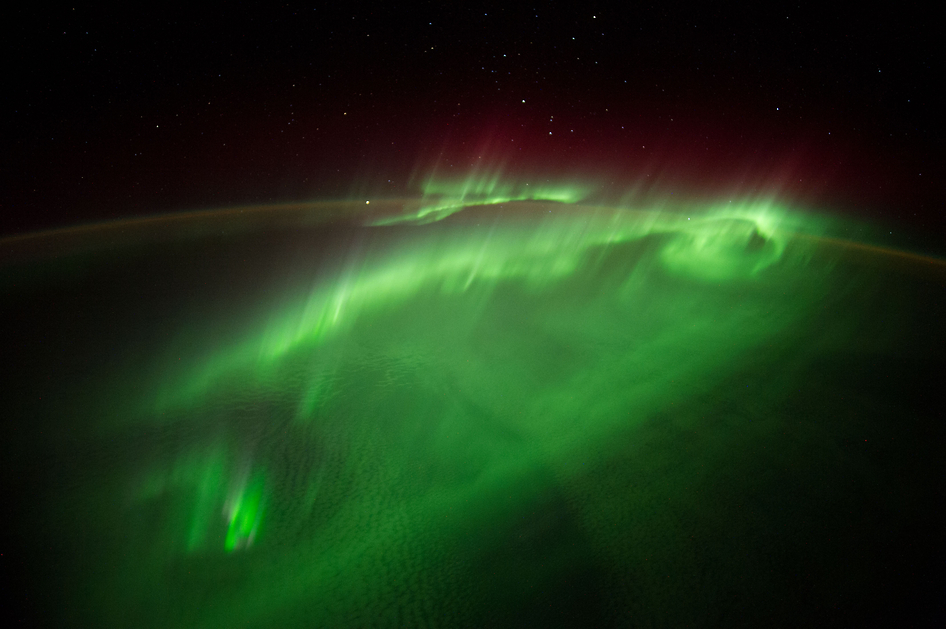 European Space Agency astronaut Alexander Gerst posted this photograph taken from the International Space Station to social media on August 29, 2014, writing, "words can't describe how it feels flying through an #aurora. I wouldn't even know where to begin…." Image credit: NASA/ESA/Alexander Gerst

Region 2158 (N15W00, Dkc/beta-gamma), the source of two aforementioned CMEs, is in perfect geoeffective position today and still has the potential to release strong eruptions on the Sun. Being so close to the center of the disk CMEs this region could produce would most likely be Earth directed.

This region appeared to display signs of slight decay and spot consolidation in the trailer portion of the sunspot group yesterday. It had a noticeable separation of the penumbral area, separating into two distinct magnetic polarities, thus losing its delta magnetic configuration.

In the last 12 hours it exhibited a fairly pronounced ring of intermediate spots surrounding the main leader spot, indicative of significant mixing and instability, but has since shown signs of decay and reorganization of these spots.

Region 2157 (S14W11, Ekc/beta-gamma-delta) is also located in perfect geoeffective position today. It showed consolidation in its leader and intermediate spots yesterday but maintained its delta magnetic configuration in last 12 hours. Though it's still fairly inactive this region harbors energy for strong to major eruptions on the Sun. Should it produce CMEs in next couple of days they will most likely be Earth directed.

The remaining spot groups appeared to be stable and predominantly inactive in last 12 hours. 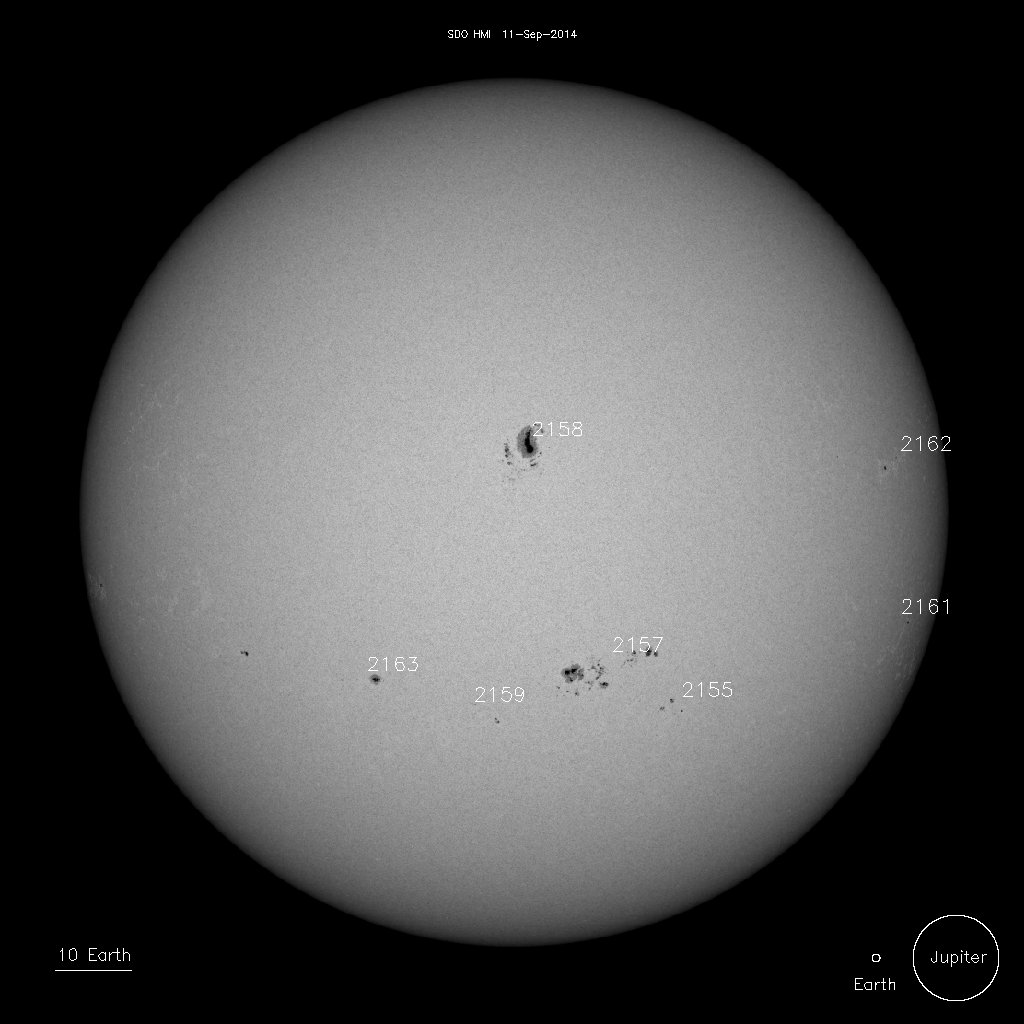 NOAA SWPC forecasters estimate 85% chance for M-class and 40% chance for X-class solar flares in the next two days.