The source was new active region located on the eastern limb. If Coronal Mass Ejection was generated by this event it would likely be directed away from Earth.

This region produced several C-class solar flares in last 24 hours and is likely to produce more.

The second event was a B8/Sf flare from the same region at 21/0855 UTC. Another darkening and westward propagating wave was evident in SDO/AIA 193 imagery at 21/0848 UTC.

The remaining regions were stable or decaying.  Additional analysis of coronagraph imagery, and modeling if possible, will be undertaken to ascertain any threat from the events described above. (SWPC at 12:30 UTC on August 21, 2014) 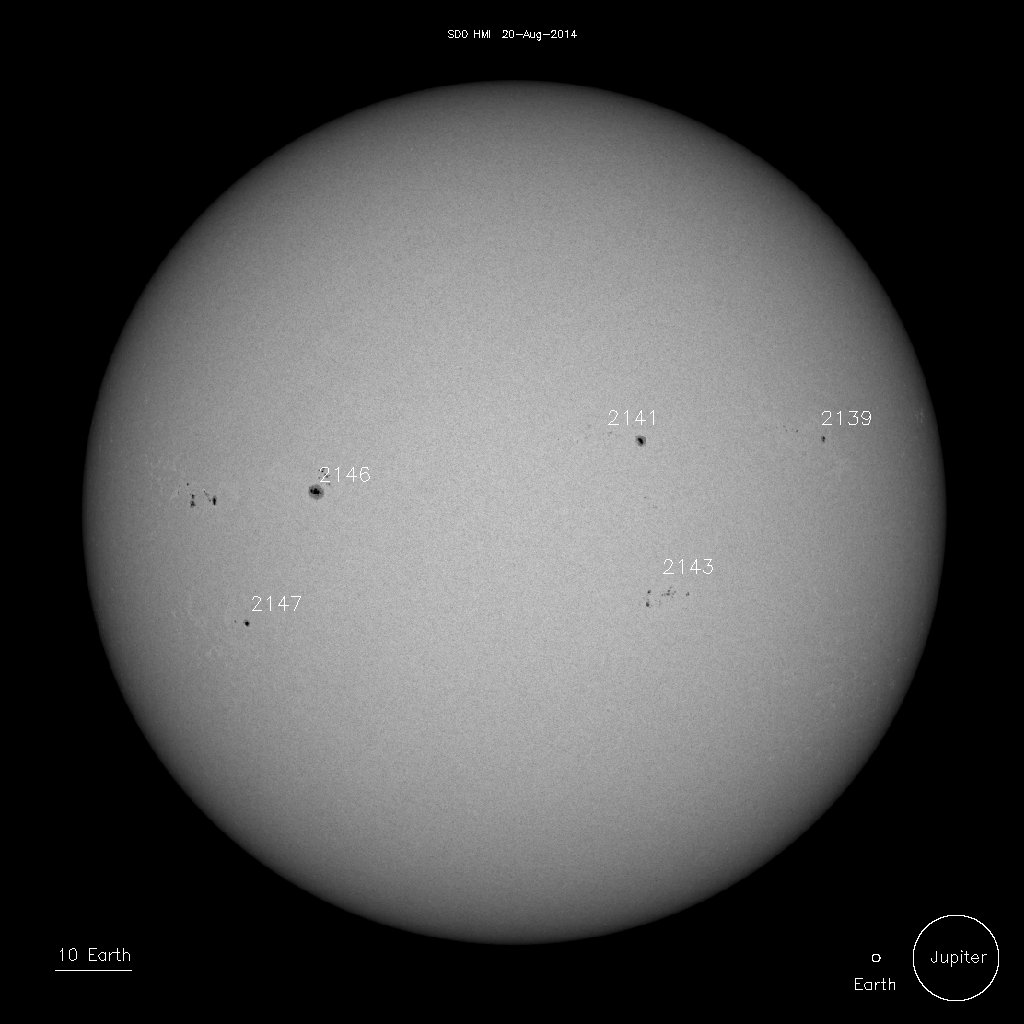