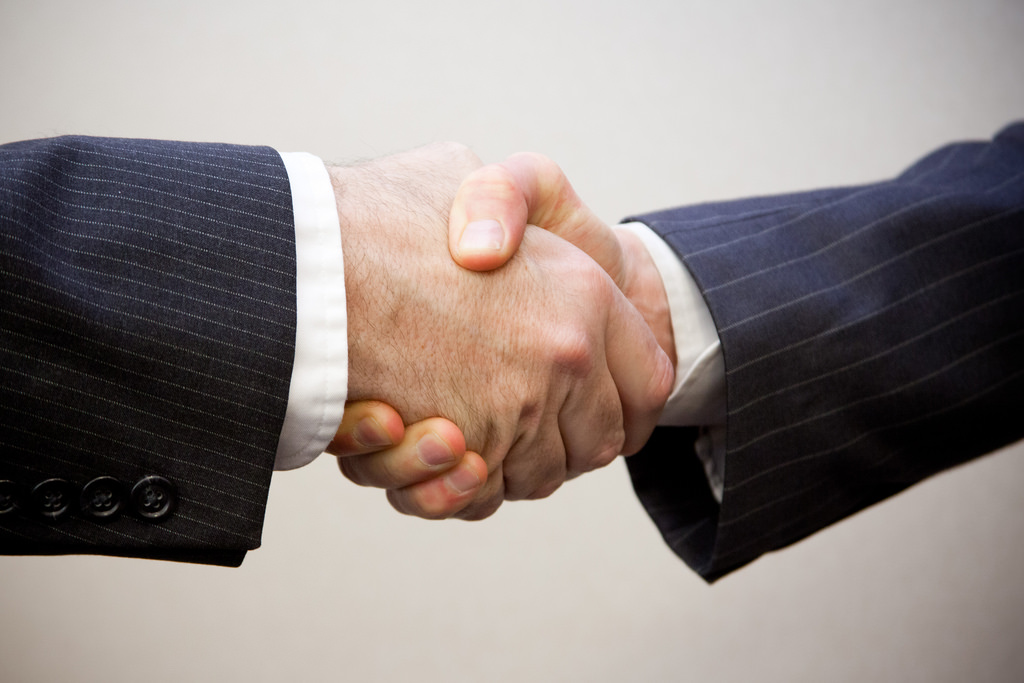 Entire healthcare facilities may soon be dubbed "no handshaking zones." As "smoke free zones" become more accepted today, so too could "no human contact zones."

Touching is now being proven to be more dangerous than smoking, as deadly super bugs like the MERS virus spread.

New research from the UCLA reveals that the danger of spreading disease through hand to hand contact is growing rapidly, especially in an age of runaway super-bugs.

One day, hospital lobbies may display signs with an X through a picture of a handshake, prohibiting visitors and health care professionals from making simple contact with one another. One day, visitors may be asked to leave the building for hugging one another or holding each other's hands. Healthcare professionals could be reprimanded for giving a professional handshake to patients or visitors.

Kindness in healthcare facilities could one day be restricted to just long-distance waves or salutes, as human touch is replaced with fear and paranoia of infection. Commentary from the Journal of the American Medical Association supports the no-touch philosophy, as health officials go on guard against the spread of antibiotic-resistant superbugs.

The authors behind the idea are now recommending that healthcare professionals develop an alternative greeting that doesn't involve touching but remains polite. They wrote: "Removing the handshake from the healthcare setting may ultimately become recognized as an important way to protect the health of patients and caregivers, rather than a personal insult to whoever refuses another's hand."

As hard-to-treat diseases like MERS make their way to America, healthcare officials are beginning to view human contact more fearfully than before. First emerging from Saudi Arabia in 2012, Middle Eastern respiratory syndrome is caused by a coronavirus, inflicting people with fever, cough and shortness of breath. According to the CDC, 30 percent of those infected have died, as hospital treatments fail.

The fear of contacting deadly superbugs like MERS is putting handshakes in the same category of risk as smoking. As the idea of handshake-free zones is tossed around in the medical community, hospital staff could one day be required to sit through classes and learn about the dangers of touching others. Signs may go up, and penalties may be established for making human contact. Who knows, one day, doctors may be replaced with machines altogether, as touching becomes forbidden.

(All this fear could be the band-aid solution, as the root problem is perpetuated. How long will antibiotics be handed out like candy?)

This no touch ideology subliminally sounds the alarm that the era of antibiotic abuse and overuse is ending, but the method of action (restricting human touch) does not face the root of the problem.

The no touch philosophy goes to show that there is a lack of knowledge on immunology in the medical field. If healthcare professionals better understood how to strengthen the immune system of patients and themselves, then the fear of infection could be mitigated. On top of that, if superbugs were treated with antibacterial plant extracts like goldenseal, oregeno or raw honey rather than one-mode antibiotics, then patients and workers could be more confident in shaking each other's hands and breathing one another's air.

Furthermore, airborne transmission methods like sneezing may be more dangerous than handshakes, and this involuntary reaction cannot be stopped, no matter how many signs are put up. Sneezing is capable of emitting 2,000 or more bacteria-filled droplets, which can be taken in through the air without any human contact.

In the end, how will doctors be able to effectively work with patients if they are taught to neglect contact with them? Will robots take over health care one day

Without human touch, sick and dying patients will be starved of that familial bond that is crucial in their life and death situation.

Republished with permission from Natural News
Written by L.J. Devon