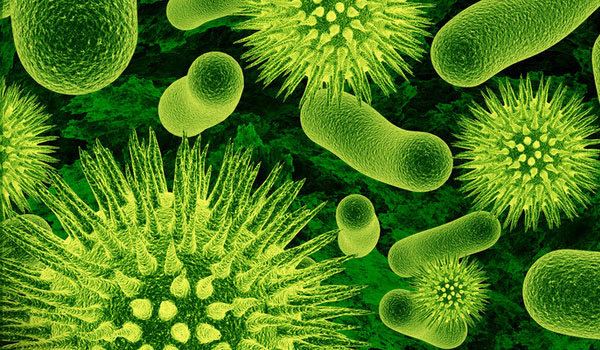 Contact with copper can prevent bacteria from exchanging genetic material and even kill them, making it a potent resource in the fight against the spread of drug-resistant superbugs, according to a study conducted at the University of Southampton, England and published in the journal mBio.

Bacteria possess an ability known as horizontal gene transfer (HGT), which allows entirely unrelated species to exchange genetic material with each other. Researchers say this ability is responsible for much of the spread of antibiotic-resistant disease in recent decades.

The researchers sought to determine whether HGT can take place outside the human body, on settings such as door knobs, counter tops or hospital trays. Because many frequently-touched surfaces in healthcare settings are made of stainless steel, the researchers tested the survival of multi-drug resistant strains of Escherichia coli and Klebsiella pneumoniae on stainless steel, copper and copper alloy surfaces.

“Whilst studies have focused on HGT in vivo

The researchers found that while both species of drug-resistant bacteria were able to survive on stainless steel surfaces for several weeks, they quickly died when placed on copper or copper alloy surfaces. In addition, bacteria on the copper and copper alloy surfaces suffered destruction of their DNA – presumably making both reproduction and HGT impossible.

“Break the chain of contamination”

The findings support the conclusion that surfaces people touch play an important role in disease transmission, the researchers said.

“We know many human pathogens survive for long periods in the hospital environment and can lead to infection, expensive treatment, blocked beds and death,” Keevil said. “What we have shown in this work is the potential for strategically-placed antimicrobial copper touch surfaces to not only break the chain of contamination, but also actively reduce the risk of antibiotic resistance developing at the same time.”

Copper surfaces are not a substitute for hand washing and other hygiene practices, he emphasized.

Keevil noted that copper might play an important epidemiological role outside of healthcare settings, as well.

“Copper touch surfaces have promise for preventing antibiotic resistance transfer in public buildings and mass transportation systems, which lead to local and – in the case of jet travel – rapid worldwide dissemination of multi-drug resistant superbugs as soon as they appear,” he said.

“People with inadequate hand hygiene could exchange their bugs and different antibiotic resistance genes just by touching a stair rail or door handle, ready to be picked up by someone else and passed on. Copper substantially reduces and restricts the spread of these infections.”

Copper and silver have both showed great promise as antibacterial agents, and are already being used in hospitals across the United Kingdom. A 2011 study, for example found that the use of copper surfaces in hospitals killed 97 percent of bacteria and reduced infection rates by 40 percent.