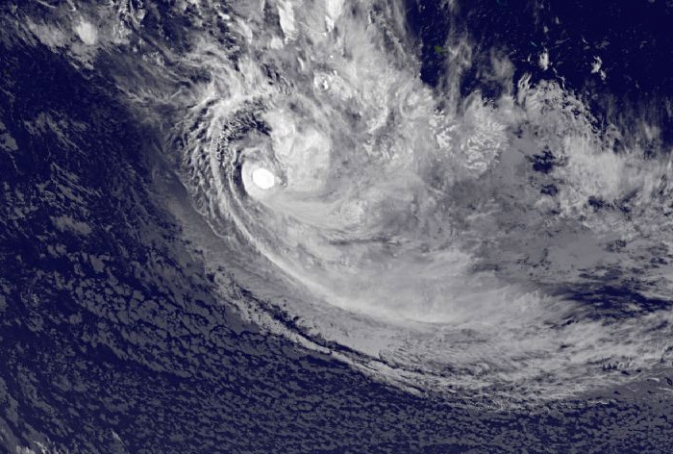 JTWC forecasters expect Mike to move quickly to the south-southeast and strengthen to 45 knots/51.7 mph/83.3 km/h before running into conditions that will make it extra-tropical in two days. 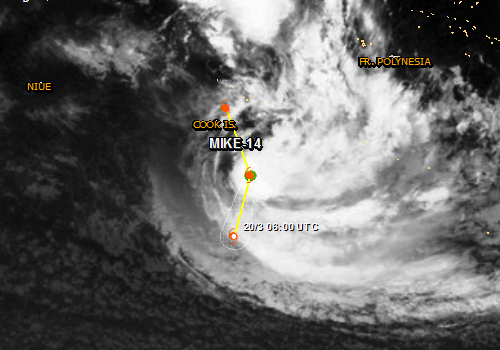 NOAA's GOES-West or GOES-15 satellite captured an infrared image of newborn Tropical Storm Mike in the Southwestern Pacific Ocean on March 19 at 12:00 UTC. Mike appeared to be a compact, rounded tropical storm with bands of thunderstorms wrapping into it. 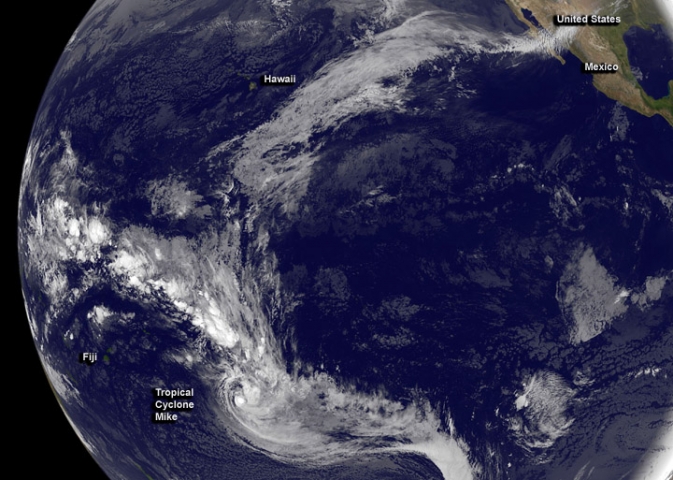 According to JTWC, animated infrared satellite imagery showed that the consolidated low level circulation center has persistent central convection (developing thunderstorms) and broken displaced convection to the northwest and southeast of the center.