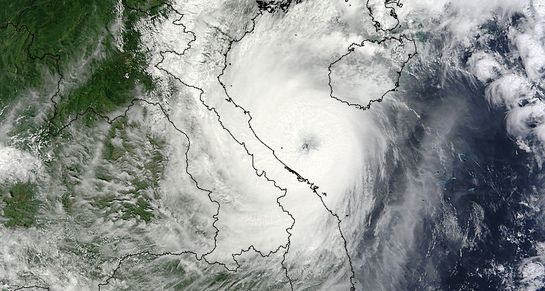 Vietnam's national weather center said Wutip had weakened from a typhoon to a tropical storm by the time it made landfall when it was packing sustained winds of 117 kilometers (73 miles) per hour. Wutip caused additional flooding, blown the roofs off of more than 1 000 houses and made other structural damage.

Vietnamese officials are planned to evacuate more than 140 000 people.

Wutip is expected to move west over Laos and Thailand, where it could compound ongoing flooding. 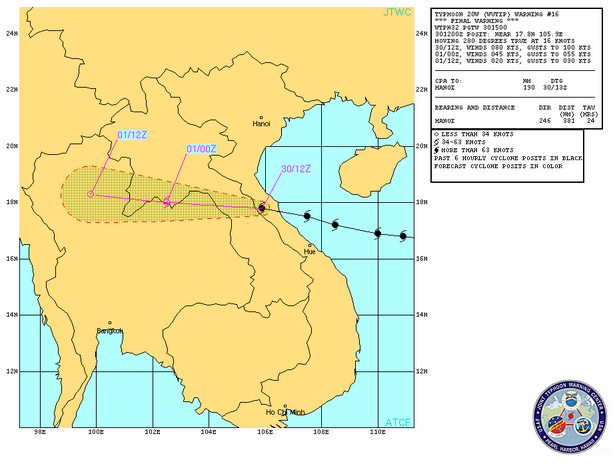 The Moderate Resolution Imaging Spectroradiometer (MODIS) on NASA’s Terra satellite acquired this image of the storm at 03:35 UTC (10:35 a.m. local time), several hours before landfall. At the time, Wutip was a Category 2 storm with winds of 90 knots/170 km/h/100 mph. Its eye was 16 km (10 miles). 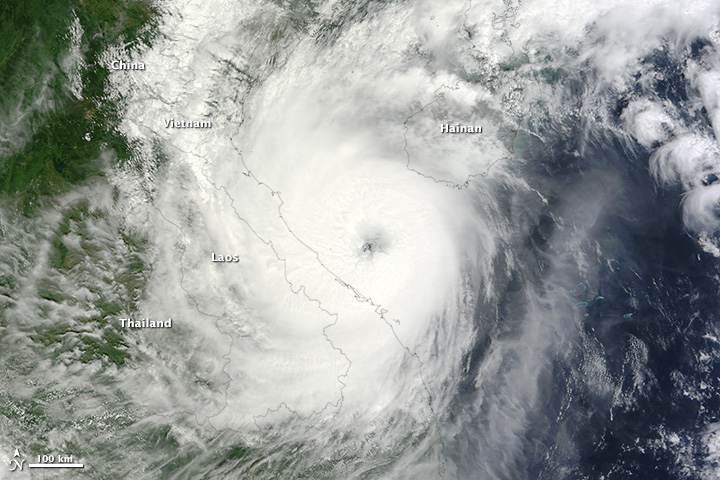 The image was taken by the MODIS instrument that flies aboard NASA's Terra satellite on September 30 at 03:35 UTC. Wutip was approaching landfall in Vietnam. Image Credit: NASA MODIS Rapid Response Team

Wutip's heavy rains are expected to cause flooding and landslides as it moves over Vietnam's central highlands and mountainous region. After landfall, Wutip is expected to dissipate over land in Vietnam and Laos within the next day or so because of the friction it will encounter from the rough terrain. Wutip is the tenth and strongest storm so far to impact Vietnam this year.