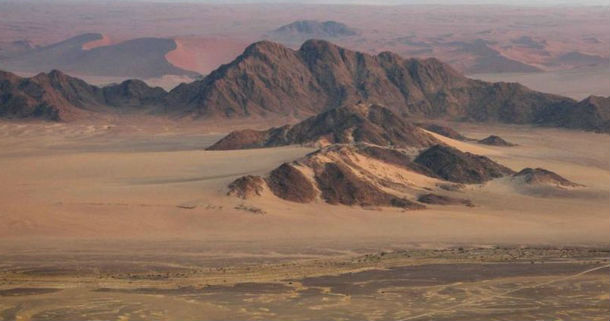 Namibian government declared a state of emergency on May 17, 2013 due to prolonged dry season which resulted in widespread crop failure across the country. About 780,000 people (approximately one third of Namibia’s entire population) are now classified as food insecure.

The situation is particularly severe in the north of the country, and along the Caprivi strip – the thin sliver of Namibia that is wedged between Botswana, Angola and Zambia. Apart from food, access to water is also a huge problem. The situation has worsened in the past six months as the drought took hold, causing livestock of several communal farmers to perish. There are no existing wells and some boreholes have dried up. An estimated 4,000 livestock have already died. 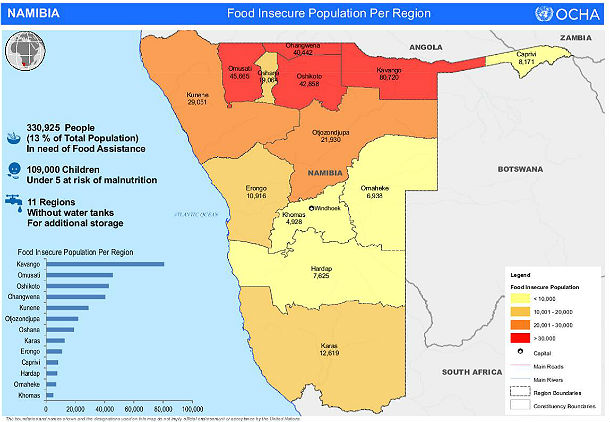 The state officials estimate that the 2013 harvest will produce 42% less than the 2012 harvest. According to Patrick McCormick, UNICEF’s spokesperson in Geneva, there are about 109,000 children under five at risk of malnutrition after almost three decades of low seasonal rainfall, and a second year of failed rains.

Some of these drought-affected communities are still recovering from devastating floods earlier this year.