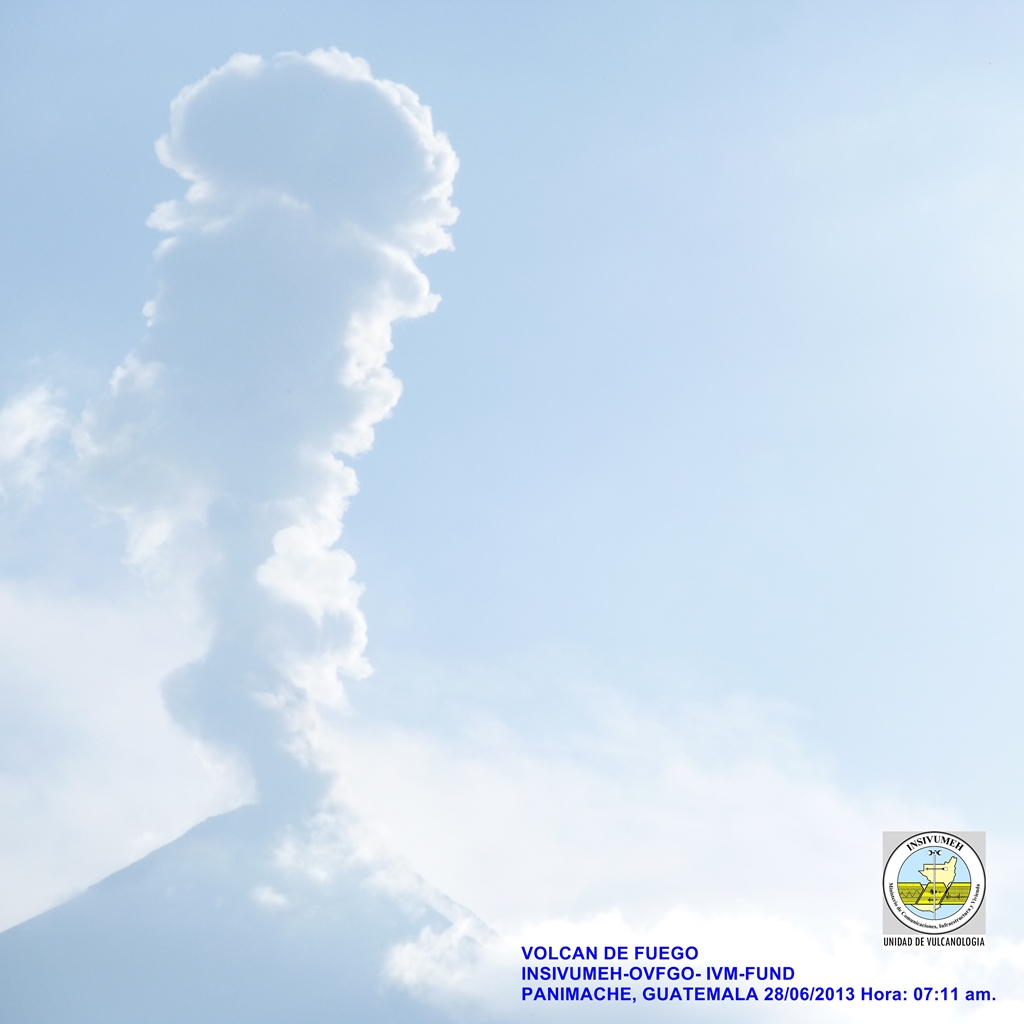 According to the latest INSIVUMEH special volcanic bulletin on June 28, 2013 the eruptive pattern changes at Fuego volcano, Guatemala are generating vulcanian explosions, with higher concentrations of grey ash, producing a plume reaching 800 meters in height and moving in the W, NW direction from the volcano.

These moderate to strong explosions are accompanied by avalanches of blocks around the crater, especially on the southern flank.

INSIVUMEH reported that the explosions generated moderate to strong shock waves that could be felt in areas up to 15 km distance from the volcano, and rattled roofs and windows of the houses in the villages of Panimaché, Panimaché II, Morelia, Santa Sofia, Sangre de Cristo. The explosions were also heard as far as Yepocapa and Alotenango.

INSIVUMEH also recommended to CIVIL AVIATION to take precautions, as there are ashes scattered at a distance of 10 kilometers to the west, northwest of the volcano. 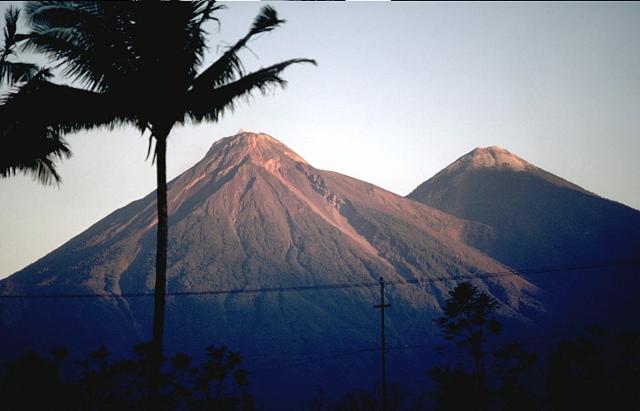 Ash eruptions from Fuego began on January 4, 2002 and continued intermittently into 2003. This January 8, 2002 image taken from the east shows an eruption plume and a ground-hugging smaller cloud just west from the summit area that may have been associated with reported pyroclastic flows. Effusion of lava flows down the east flank began in late January 2002. On August 2, 2002 explosive activity changed from strombolian to vulcanian. Photo by Sid Halsor, 2002 (Wilkes University).

Volcán Fuego, one of Central America's most active volcanoes, is one of three large stratovolcanoes overlooking Guatemala's former capital, Antigua. The scarp of an older edifice, Meseta, lies between 3,763-m-high Fuego and its twin volcano to the N, Acatenango. Construction of Meseta volcano continued until the late Pleistocene or early Holocene, after which growth of the modern Fuego volcano continued the southward migration of volcanism that began at Acatenango. Frequent vigorous historical eruptions have been recorded at Fuego since the onset of the Spanish era in 1524, and have produced major ashfalls, along with occasional pyroclastic flows and lava flows. The last major explosive eruption from Fuego took place in 1974, producing spectacular pyroclastic flows visible from Antigua.