A huge magnetic filament erupted off the Sun's southwestern limb during the early hours of February 27, 2013. Most of the plasma looks to be headed away from the Earth though. On the Earth side of the Sun, Active Region 1682 developed a 'beta-gamma' magnetic configuration and now harbors energy for M-class solar flares. NOAA forecasters estimated a 15% chance of M-flares, and 01% chance of X-class.

Yesterday morning, February 26, 2013, STEREO Ahead Spacecraft captured a full-halo Coronal Mass Ejection (CME) off the farside of the Sun. The source appears to be a filament eruption in conjunction with activity near old region 1678.

There are currently three numbered active regions on the disk. AR 1681 and AR 1680 still have Beta magnetic configuration but AR 1682 developed bipolar Beta-Gamma configuration and now harbors energy for M-class solar flares. AR 1682 is facing Earth so any eruption there would be Earth directed. 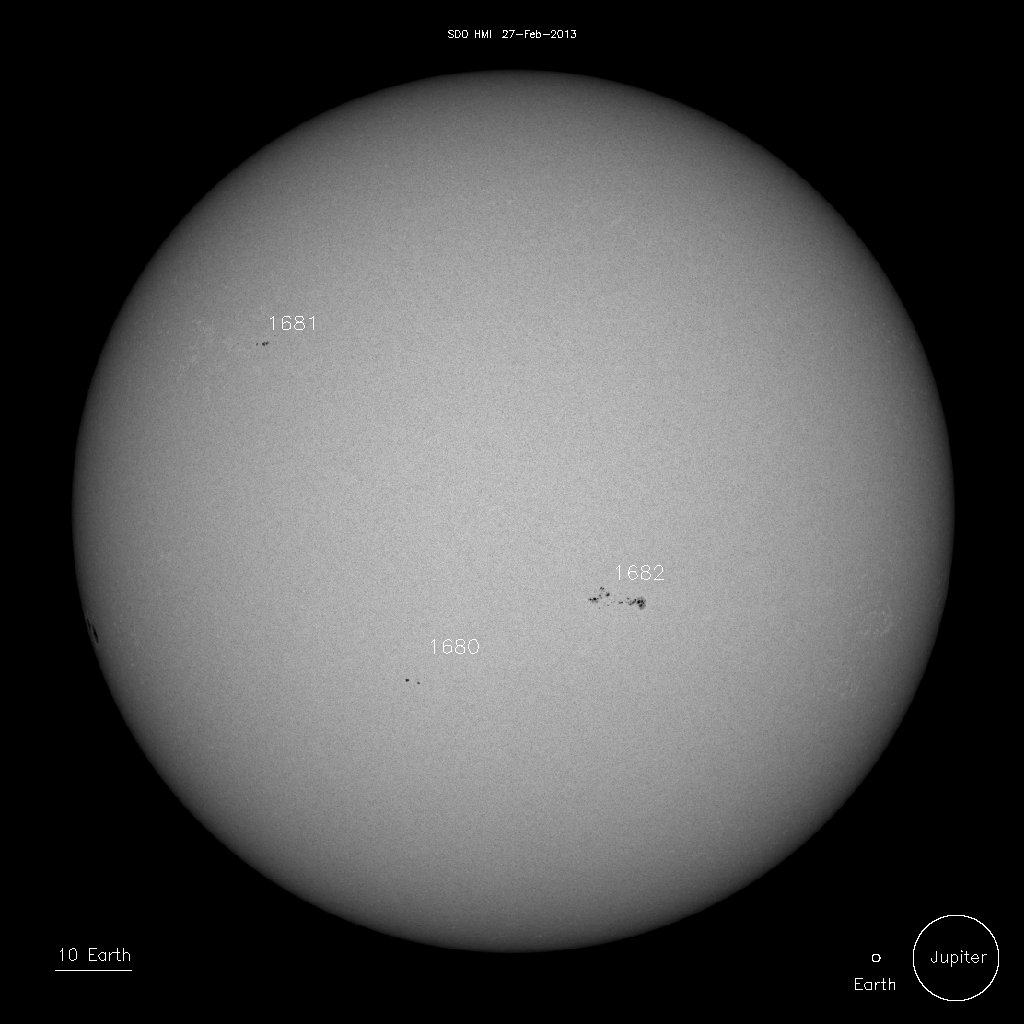 Death toll from floods in central China jumps to 302, more than 50 missing

More than 300 people have died in recent flooding in central China, according to official data released Monday, August 2, 2021. The number is more than three times higher than previously reported. Henan provincial government said 302 people have died and 50 remain...

A very bright green fireball illuminated the night sky over the city of Izmir, Turkey around 23:00 UTC on July 30, 2021 (02:00 LT, July 31). The visual part of the event lasted several seconds before the object disintegrated. Several residents reported a sonic...

A major explosive eruption took place at Stromboli volcano, Italy at 20:09 UTC on August 1, 2021. This is the second larger than usual explosion at the volcano since July 28. Analysis of the event indicated that the eruptive activity produced a significant emission...

Strong and shallow M6.1 earthquake hits near the coast of Papua, Indonesia

The current area under the wildfires in Russia's Sakha Republic (Yakutia) is reported to be 3.6 million ha (8.9 million acres). The fire season in the region started in early May. As of Monday, August 2, there are 156 wildfires in the republic. Earlier today in...

Etna entered August 2021 with continued growth at its Southeast Crater and impressive paroxysmal eruptive episode, the first since July 20. Strombolian activity at the crater gradually intensified into lava fountaining by 21:22 UTC on July 31. The episode lasted...

At least 6 people were injured when a tornado ripped through Bensalem, Bucks County, Pennsylvania during a severe weather outbreak across the Northeast and Mid-Atlantic on Thursday, July 29, 2021. At least 18 tornadoes were reported during the outbreak, large hail,...

Wildfires that started in southern Turkey on Wednesday and Thursday, July 28 and 29, 2021, have devastated entire villages, claimed at least 4 lives, and forced the evacuation of hotels and dozens of villages. More than 70 wildfires broke out on Turkey's Aegean...

A fierce cold snap brought rare snow, icy rain, and strong winds to parts of southern Brazil on July 29 and 30, 2021. The event comes after several waves of destructive frost since mid-June. According to weather specialists at Somar Meteorologia, at least 40 cities...

A massive landslide took out a stretch of National Highway 707 in the remote Shilai subdivision of Sirmaur district, India's state of Himachal Pradesh on July 30, 2021. The incident took place near the town of Nahan. As a result, the highway connecting Shilai...

Three days of heavy rainfall in northern Pakistan caused severe flash flooding in parts of the capital Islamabad and surrounding areas on July 28, 2021, leaving at least 2 people dead. The heaviest rains fell from 05:00 to 06:30 PST. In just a few hours, Saidpur...

Severe floods and mudflows caused by heavy rainfall left at least 150 people dead in northeastern Afghanistan on July 28, 2021. The worst-affected was mountainous Nuristan Province in the eastern part of the country, particularly its Kamdesh District. According to...

Heavy rains falling over the Bangladesh-Myanmar border region since Monday, July 26, 2021, caused severe flooding in which at least 20 people have died and more than 300 000 were stranded. This is the region where nearly one million Rohingya refugees from Myanmar...

A low pressure system approaching the United Kingdom on Thursday, July 29, 2021, has been named Storm Evert by the UK Met Office. This is the UK's first storm to be named in July. The storm will bring some high winds, particularly along the northern coast of...