A law passed by the town of Concord, in the US state of Massachusetts, went into effect with the New Year, making single-serving bottles of water illegal. However, Coke or other soft drinks are exempt, it only applies to non-sparkling, unflavored drinking water. The ban is intended to encourage use of tap water and curb the worldwide problem of plastic pollution. Sanctions for now include first time warning and a second offend will be fined $25, and $50 thereafter.

Developed nations such as the US spend billions of dollars buying bottled water and the plastic bottles that this water comes in create billions of pounds of oil based trash destined to live out a thousand year lifespan in a trash dump. In one year, 318 billion bottles of water are consumed. Major cities in America have made recycling available but only 1 in 5 water bottles ever gets recycled – 4 go to the trash dump to create about 3 billion pounds of waste just from all of the discarded plastic. This leads to an unseen global waste catastrophe. Many researchers and environmental organizations now list plastic as the number one threat to our marine environments around the planet. Plastic bags and other plastic garbage thrown into the ocean kill as many as 1,000,000 sea creatures every year! 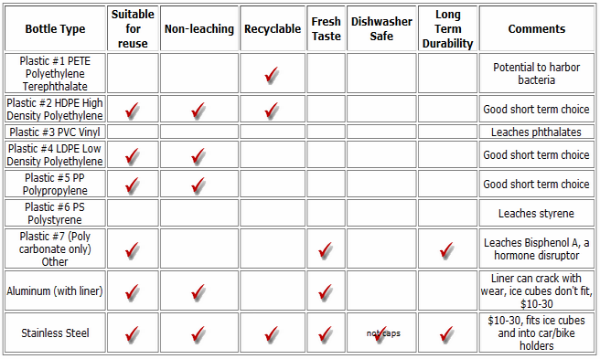 Disposable plastic water bottles are made out of oil which is a finite natural resource. Plastic bottles require energy to make and transport. It takes 17 million barrels of oil to produce bottled water – enough oil to fuel 1 million cars for a whole year. Luckily tap water is very cheap because it takes about 3 times the amount of tap water to produce and fill 1 bottle of bottled water.

One bottle of water takes over 700 years to decompose. The production of plastic water bottles in the U.S. alone creates 2.5 million tons of carbon dioxide, a key greenhouse gas.

According to statistics, Americans are drinking 8.6 billion gallons of water annually. Although, on average, bottled water cost $10 per gallon compared to tap water which costs $.0015 per gallon, Americans are willing to pay 10,000 times the cost of tap water. Many regions of the world lack access to clean drinking water, and bottled water is the only safe alternative. Companies know this and have been cleaning up in countries like China, Pakistan and India in recent years. Global consumption of bottled water goes up 10 percent each year. Countries with their own clean drinking sources sell even more clean water to people who already have it, at a further increased cost.

Bottled water companies often buy the rights to ponds, lakes, rivers, and springs, damming and diverting the flow of water to suit their needs. For many bottled water companies, choosing a location with access to large markets for their company is more important than the quality of water. 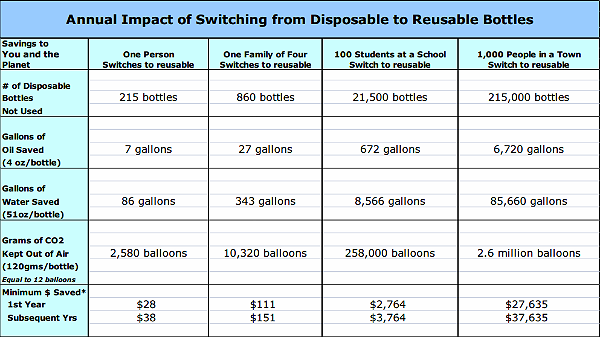 Vitamins, color, herbs, protein, and all the other additions to water — those are a marketing ploy. Plus, the additives are usually a scant serving of the vitamins you really need in a day. Enhanced waters usually contain sugars and artificial flavorings to sweeten the deal and can pack more calories than diet soda. When it comes to providing fluoride, tap water usually wins, though that element is increasingly being added to bottled waters.

Many municipal water systems are aging and there remain hundreds of chemical contaminants for which no standards have been established, but there's very little empirical evidence that suggests bottled water is any cleaner or better for you than its tap equivalent. 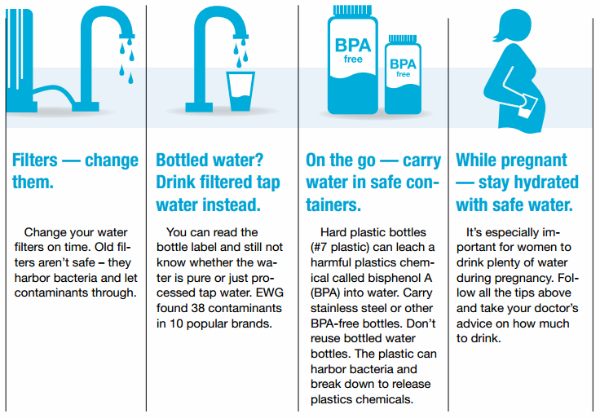 Just for your information, the first documented case of selling bottled water was in Boston in the 1760s when Jackson's Spa took mineral water and sold it for therapeutic uses. Other later examples include the bottling of water in Saratoga Springs and Albany.

Bellow, you can watch popular video about bottled/tap water facts:

Take a look what bottles say about our culture from the perspective of an anthropologist from the distant future:

Increasing urbanization and population, shifting climates and industrial pollution are the main drivers why fresh water is becoming humanity's most precious resource. Blue Gold, Water Wars and other new terms are subjects for another story that we like to share with you. Think about it…

If you purchase bottled water because you dislike the taste of tap, try using a water filter, and an eco-friendly bottle when you’re on the go. And if you have serious concerns about the quality and safety of your local tap water, contact your city officials as soon as possible – don’t try to sidestep the problem with bottled water. We are not talking here about which water is better, we just want to point the problem of plastic bottles and environmental danger.