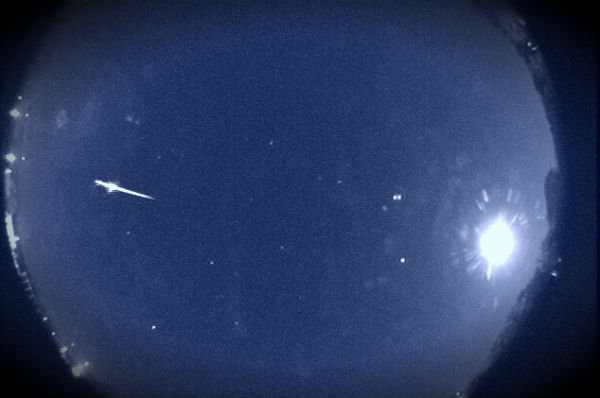 Every year in late October or early November, Earth passes through comet Encke’s wake, resulting in the well-known Taurid meteor shower. Because of their occurrence in late October and early November, they are also called Halloween fireballs. They are named after their radiant point in the constellation Taurus, where they are seen to come from in the sky.

It is considered that this stream of matter, made up of pebbles instead of dust grains, is the largest in the inner solar system. Due to the stream’s size, the Earth takes several weeks to pass through it, causing an extended period of meteor activity, compared with the much smaller periods of activity in other showers. 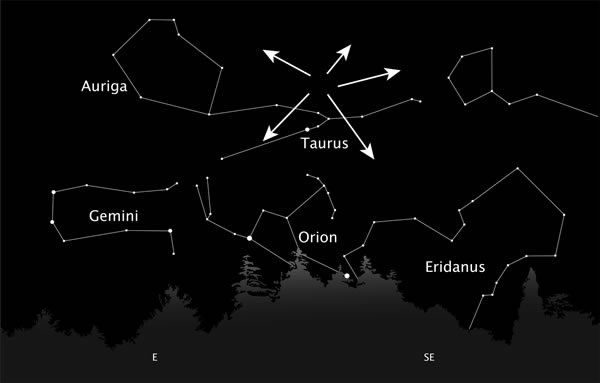 The Taurids are commonly slow-moving meteors that blaze across the sky in pale orange colors. Typically, Taurids appear at a rate of about 7 per hour, moving slowly across the sky at about 27 km/s (17 mps ). Meteoroids the size of pebbles and small stones are producing a slow drizzle of very bright fireballs when entering Earth’s atmosphere. This year’s Taurid peak is expected during the nights of November 5-12.

You can start skywatching at mid-evening on November 4-5, before the waning gibbous moon rises over your eastern horizon. You can see planet Jupiter low in the east. It shines in front of the constellation Taurus, the part of the sky from which the meteors appear to radiate. The Southern Taurids will peak on November 5, while the Northern Taurids will reach peak rates on November 12. The next meteor shower is the Leonids on the night of November 17. 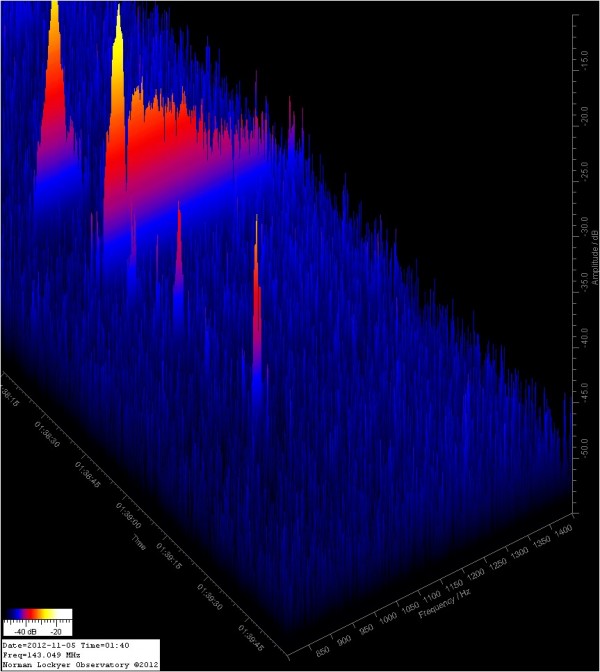 Comet Encke is thought by some astronomers to be a piece of a larger comet that broke up 20,000 to 30,000 years ago. Comet Encke is believed to be the originator of several related meteor showers known as the Taurids (which are encountered as the Northern and Southern Taurids across November, and the Beta Taurids in late June and early July). Encke orbits the Sun every 3.3 years – the shortest period of any known comet. Given Encke’s low orbital inclination near the ecliptic and brief orbital period of 3 years, the orbit of Encke is frequently perturbed by the inner planets. The diameter of the nucleus of Encke’s Comet is 4.8 km. 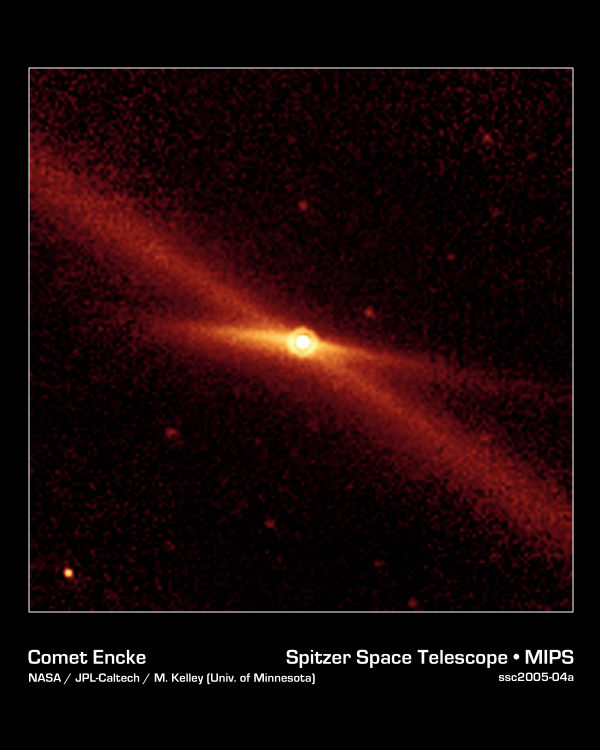 On April 20, 2007, STEREO-A observed the tail of Comet 2P/Encke to be temporarily torn off by magnetic field disturbances caused by a coronal mass ejection (CME). The tail grew back due to the continuous shedding of dust and gas by the comet.

The origin of the Taurids was reexamined by Whipple and S. Hamid during 1950. They calculated the effects of secular perturbations by Jupiter on the orbital inclination and longitude of perihelion of nine photographic meteor orbits and found the orbital planes of four of the meteors to coincide with that of comet Encke 4700 years ago. Three other orbits coincided with one another, but not with comet Encke 1500 years ago. The authors theorized “that the Taurid streams were formed chiefly by a violent ejection of material from Encke’s Comet some 4700 years ago, but also by another ejection some 1500 years ago, from a body moving in an orbit of similar shape and longitude of perihelion but somewhat greater aphelion distance….” It was suggested that this unknown body had separated from Encke some time in the past. 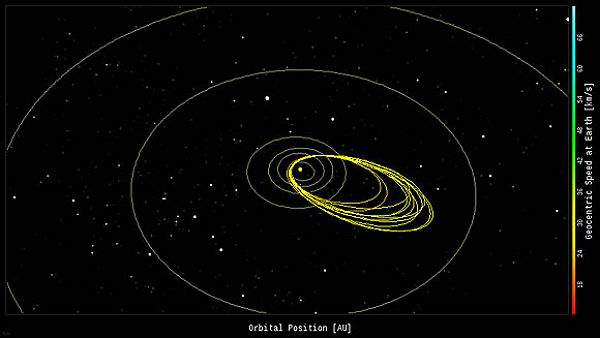 Czechoslovakian astronomer Ľubor Kresák gave a theory that mysterious Tunguska event of 1908 was in fact a fragment of Comet Encke. One theory considers that impacts of Taurid debris fragments may have been responsible for the Bronze Age collapse in the Fertile Crescent, perhaps evidenced by a large meteor crater in Iraq. Ancient people may have experienced Tunguska-type events, which occur approximately every 300 years as calculated by Eugene Shoemaker.

During the week ending November 4, 2005, the large number of fireballs seen all over the world led some to suggest UFO visitations. These fireballs may have been space junk or the Taurids.