For the past couple of days, Comet 2P/Encke is visible through the eyes of ESA/NASA solar observatory SOHO as it swings around the Sun. The comet made its closest approach to the Sun – perihelion – at 02:11 UTC on March 10, 2017.

Encke is a periodic comet that completes an orbit of the Sun once every 3.3 years, the shortest period of a reasonably bright comet. It was first recorded by Pierre Méchain in 1786, but it was not recognized as a periodic comet until 1819 when its orbit was computed by Johann Franz Encke. Its nucleus has an estimated diameter of 4.8 km (3 miles).

On February 20, 2017, NASA's Astronomy Picture of the Day showed an unusual picture of Comet 2P/Encke sporting three tails. The image was captured on February 14, 2017.

Normally, a comet has two tails: an ion tail of charged particles emitted by the comet and pushed out by the wind from the Sun, and a dust tail of small debris that orbits behind the comet but is also pushed out, to some degree, by the solar wind. Frequently, however, a comet will appear to have only one tail because the other tail is not easily visible from the Earth.

In the featured unusual image, Comet 2P/Encke appears to have three tails because the ion tail split just near to the time when the image was taken. The complex solar wind is occasionally turbulent and sometimes creates unusual structure in an ion tail. On rare occasions, even ion-tail disconnection events have been recorded. 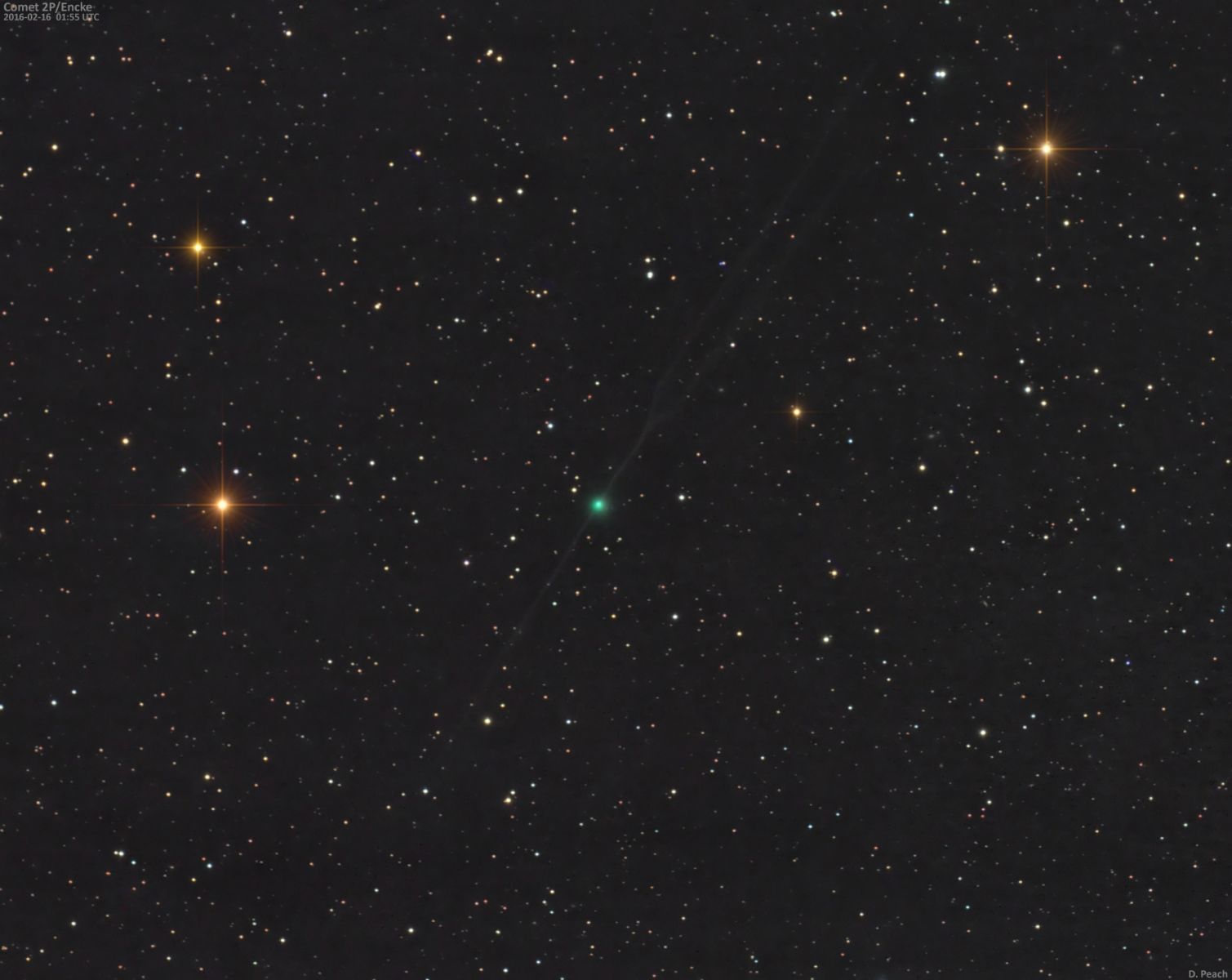 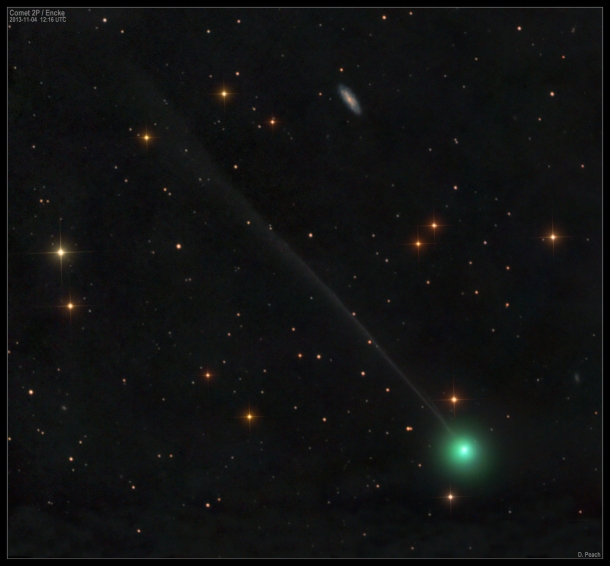