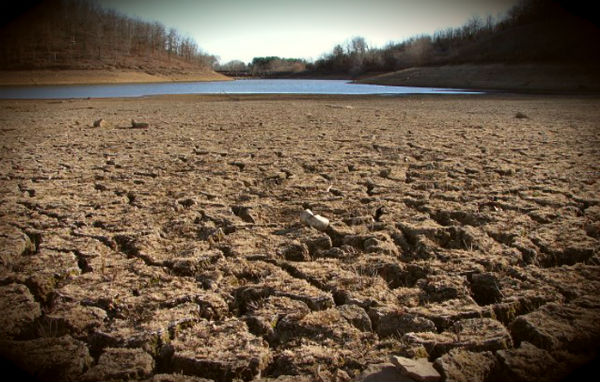 The price of food is about to get a whole lot higher as a result of the mass slaughter of cattle stocks worldwide, which itself is a result of persistent drought conditions that have caused a shortage of staple food items, and a subsequent spike in animal feed costs. According to a new report out of England, the end result of this disastrous phenomenon will be a 14 percent overall jump in food costs throughout the next year, as food costs reach their highest levels ever on record.

The U.K.’s Guardian reports that many farmers are slaughtering their pig and cattle herds early, and in much higher quantities, because they simply cannot afford the high and rising costs of animal feed. As we reported previously, this action will result in lower meat prices in the immediate future, but significantly higher meat prices down the road, as eventually there will not be enough available animal stocks to meet demand.

“There will be an initial glut in meat availability as people slaughter their animals to reduce their feed bills. But by next year, herds will be so reduced that there won’t be enough animals to meet expected demand and prices will soar,” says Nicholas Higgins, a commodities analyst and author of the new report. “Farmers cut back pigs because they can rebuild them the quickest. Replacement cattle take a lot longer to breed — a year and a half compared to six months for pigs.”


Reuters reports that the number of pigs slaughtered this year, at least in the U.S., is the highest it has been in four and a half years, as the number of hogs processed into pork rose four percent in August. Beef supplies have also risen dramatically as a result of this mass slaughter, with beef stockpiles now said to be at the third-highest level ever on record.

But at the same time as these meat stocks are increasing, the number of live animals taking their place in feedlots and on pasture is decreasing, which is highly problematic going into 2013. The U.S. Department of Agriculture (USDA) is expected to disclose in an upcoming report that the overall number of animals entering feedlots in 2012 dropped about six percent from last year, the lowest level since 2008.

Staple crops like corn, wheat, and rice are also taking a huge hit as a result of drought conditions, which are spiking their costs as well. The New York Times (NYT) reports that a whopping 88 percent of the U.S. corn crop, for instance, has now officially taken a hit due to lack of rainwater, which will eventually result in higher prices for foods made with corn.

“We’re seeing the price of wheat, corn and beans go up,” says Marc Sadler, head of the agricultural risk assessment team at the World Bank. “Food wheat is about bread and cookies and instant noodles. But it’s about instant noodles in Asia and Indonesia as much as it is about what you’re going to buy in Walmart.”