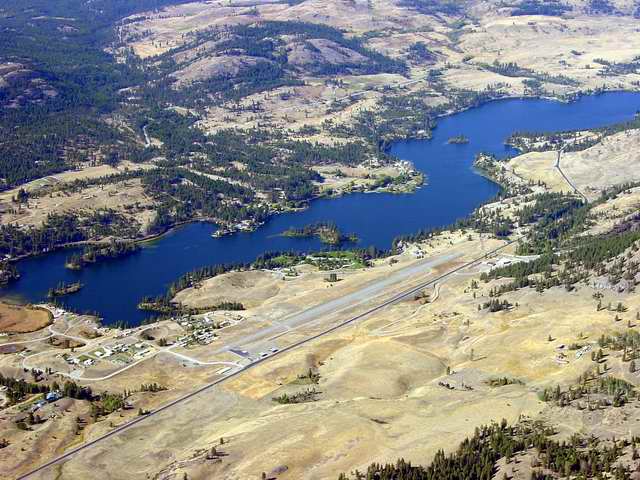 On Monday, July 23, 2012 Washington’s governor Chris Gregoire proclaimed a state of emergency for 16 Washington counties hit by a series of recent storms. Most of the counties are in the eastern half of the state. One death in northeast Washington’s Ferry County is considered storm-related, the governor said. A series of storms that started July 13 ,2012 have caused power outages, fuel shortages and road closures that threaten some at-risk populations, Gregoire said.

High winds, severe thunderstorms and extreme rainfall have damaged homes, businesses and public buildings. The proclamation directs state agencies to “do everything reasonably possible” to help affected communities recover. After a fierce thunder and rain storm last Friday, Ferry County and the Colville Tribes asked for state assistance. The small community of Keller on the Colville Reservation was pummeled by the storm, with downed trees blocking roads, crushing power lines and damaging houses. KHQ-TV reports the Keller Community Center has been functioning as the town’s hub.

“Everyone comes here. This is the place to be,” said volunteer Corrie Johnson. The community center has been offering meals and shelter to those who need it. Winds in northeast Washington hit 66 mph during Friday’s storm, National Weather Service meteorologist John Livingston told the Spokesman-Review. Forest Service officials in the Republic Ranger District said the storm winds toppled numerous trees, blocking trails and roads. “It was horrendous, chaotic,” Christine Bonney, the Republic Police Department’s administrative assistant, told the newspaper. “There were fields of trees lying flat, like the wind ironed them down.”

In the Okanogan County community of Omak in north-central Washington, crews were still cleaning up Monday after rain from Friday’s storm flooded about five blocks of downtown streets. At one point, water was knee-deep in the downtown area, the Wenatchee World reported. Several highways in the county were closed temporarily due to downed trees and rain-caused mudslides, Sheriff Frank Rogers said. Grant County also saw pounding hail and isolated flooding.

If the structures on your Ferry County property have suffered damage from the wind storm that came through on July 20th, you may submit a ‘Destroyed Property’ form to the County Assessor for a reduction of assessed value and a possible reduction of 2012 property taxes. Refer to the ‘Assessor’ page for contact information. (ferry-county.com)