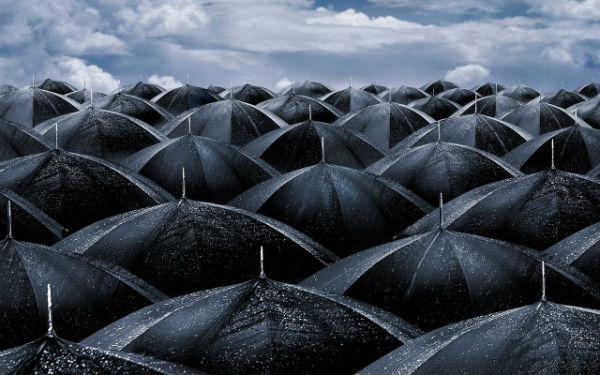 Last month is officially the United Kingdom’s wettest June in over a century. Rainfall throughout the UK last month averaged 145.3 mm (5.72 inches), twice what is typically measured each June. According to the U.K. Met Office,  U.K. never experienced so much rain  since record-keeping began in 1910. The previous record was 136.2 mm (5.36 inches) from 2007.

June marks the second record-breaking rainiest month for the U.K. this year with April being the first. The U.K. also experienced their second dullest June on record with only 119.2 hours of sunshine. June 1987 continues to hold the record for the least amount of sunshine with 115.4 hours.

The combination of the clouds and rain held the average temperature across the U.K. last month to 12.3°C (54.1 degrees Fahrenheit), making this June the coolest since 1991.

It was not just the U.K. as a whole that set a June rainfall record, but also individual countries and observation sites. June was the wettest on record for Wales and northern Ireland, the second wettest in England and the eighth wettest in Scotland, stated the U.K. Met Office.

Out of 237 individual observation sites throughout the U.K., 83 had their wettest June in the era of records.

The unusually wet June is the result of the jet stream positioning itself farther south than normal. It opened the passage for storms to constantly parade into the U.K. Though, the opposite took place in the U.K.’s far northwestern corner.

As the jet stream shifted southward, the storm track followed suit and pressed away from the far northwest. What is typically known as the U.K.’s wettest region instead had an unusually dry June.

Current or previous wettest years on record are: