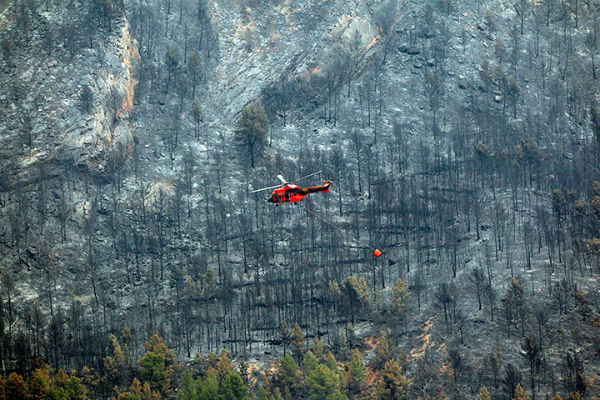 Two forest fires sweeping Spain’s eastern Valencia region that have forced 3,000 people to evacuate their homes showed no sign of abating on Sunday, authorities said. Despite more favourable weather conditions of lower temperatures, increased humidity and an easterly wind, coming from the Mediterranean, the fires continue to advance.

On day four of the wildfires, fanned by high temperatures, low humidity and strong winds, investigations continue into what got them started. Theories range from uncontrolled agricultural burning to problems linked to the fitting of solar panels. A number of people have been questioned by police. 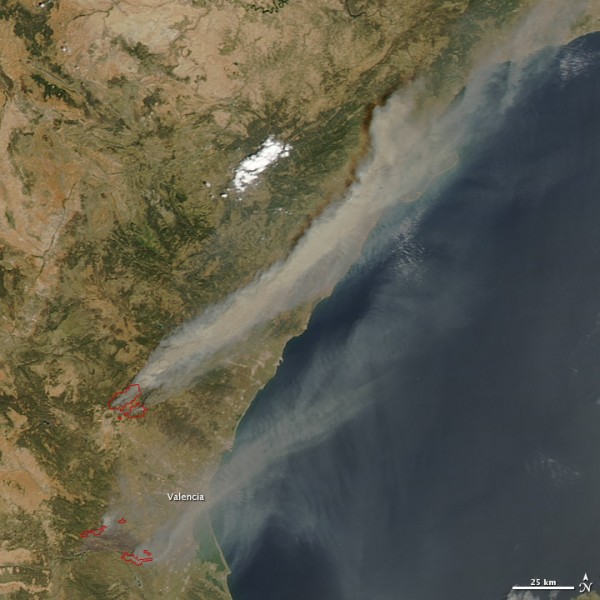 Smoke and ash from raging wildfires has reached Spain’s third biggest city, Valencia. Residents have reported breathing problems as flames continue to cut through vast swathes of the countryside in the surrounding area.

Some 1,800 firemen, 47 planes and helicopters were mobilised on Sunday to keep it from spreading into residential areas. A total of 3,000 people were evacuated from local hamlets as well as the staff of a local power plant since the first fire was sparked Thursday though most were able to return to their homes on Sunday.

The first fire in Cortes de Palla in Valencia was sparked during work to fit solar panels on homes in the area. Two people were arrested and placed under judicial supervision, said a spokesman for the prefecture. A second fire broke out in Andilla on Saturday.

Also on Saturday about 40 fire trucks battled another blaze in Prats del Rei in the northeastern Barcelona region. Two pilots have been injured and another is missing after two helicopters crashed while battling wildfires in eastern Spain. The first helicopter crashed near the Forata reservoir near Valencia. Another helicopter crashed in the Sierra Martes.